What do Frubes, Minions, and chimps have in common? Not much at first glance, but when you bring them together they’re a huge amount of fun. This week the people from Frubes took us on the experience of a lifetime – a sleepover at the zoo! To celebrate their partnership with the new Minions movie, Frubes have launched a limited edition banana flavour, and they were keen to let us sample the new packs during an overnight stay in the lodges at Whipsnade Zoo. 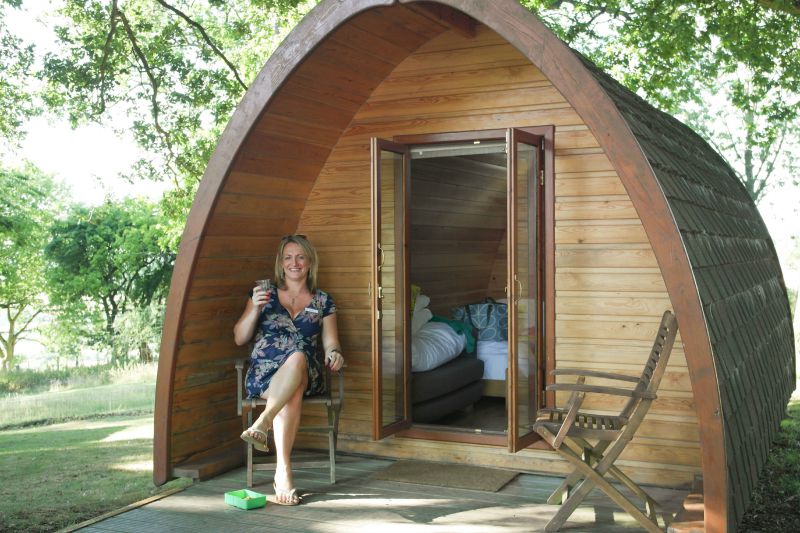 The Lookout Lodges are set across the road from the rhino enclosure, overlooking the beautiful Dunstable Downs. There are eight lodges in a private enclosure. Each lodge sleeps 4, with either a double, or twin beds with proper duvets, and a pull-out sofa bed for the children. There is even a heater and a mirror – if camping is not your style, but you still want the experience, this is how to do it in total comfort! As you sip wine on deck you can hear the roar of the lions on the other side of the park. 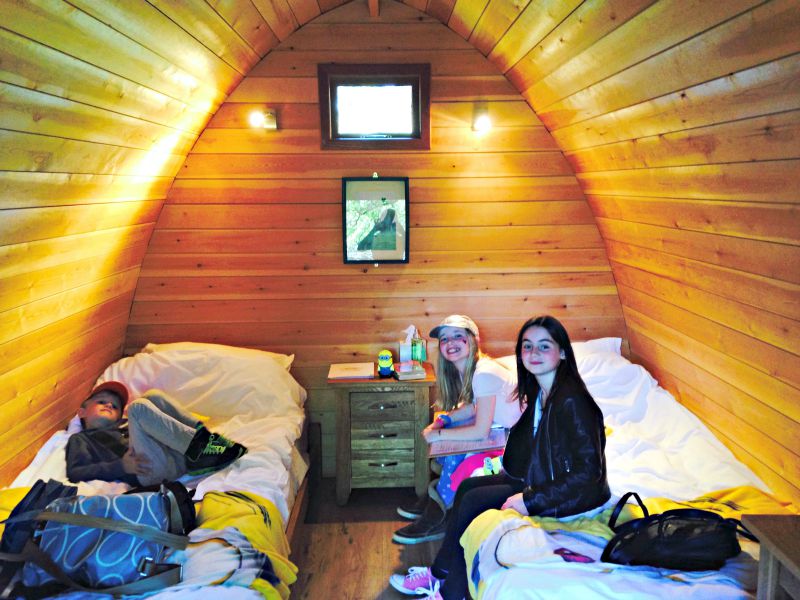 Inside, the lodges feel cosy and comfortable, and it’s surprisingly quiet overnight, given the proximity of so many animals. Toilet and shower blocks are right next door too, so a midnight dash with your little one is easy. Plug your phone in to charge, make yourself a hot chocolate (or the restaurant will send over an ice-bucket and a bottle of fizz if that’s more your style) and relax for the night.

Your private tour of the zoo takes place in two parts: after getting settled in our lodge we boarded the open-sided bus to the lion enclosure, then through the deer park, as we made our way to the restaurant for a great dinner. I’d always assumed the food at the zoo’s cafe would be basic, but it was lovely: tender steak, well-cooked pork and chicken, and a fab grilled aubergine dish for the vegetarians. Of course, I ate both. 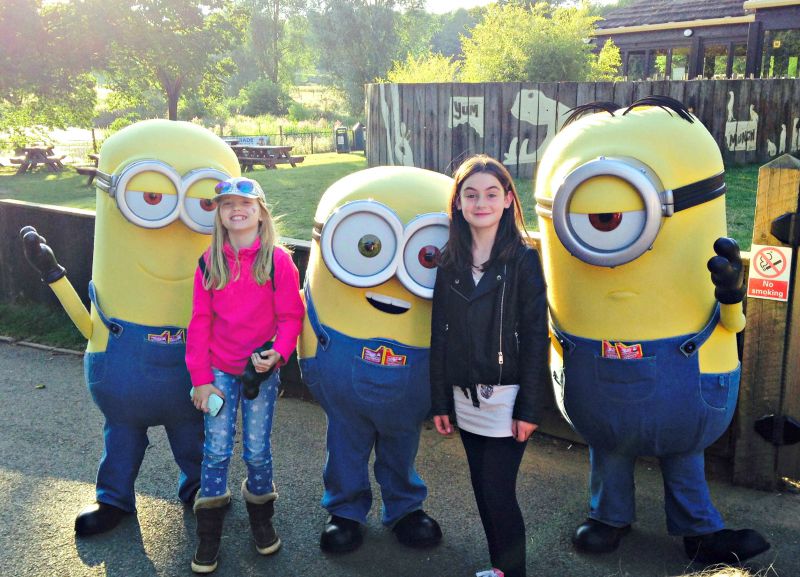 Making friends at the zoo.

After a photo opportunity with the latest movie stars we walked back to our lodges via the flamingos and the wolves, learning how three wolves can howl in different pitches to make themselves sound like a larger pack and protect their territory. 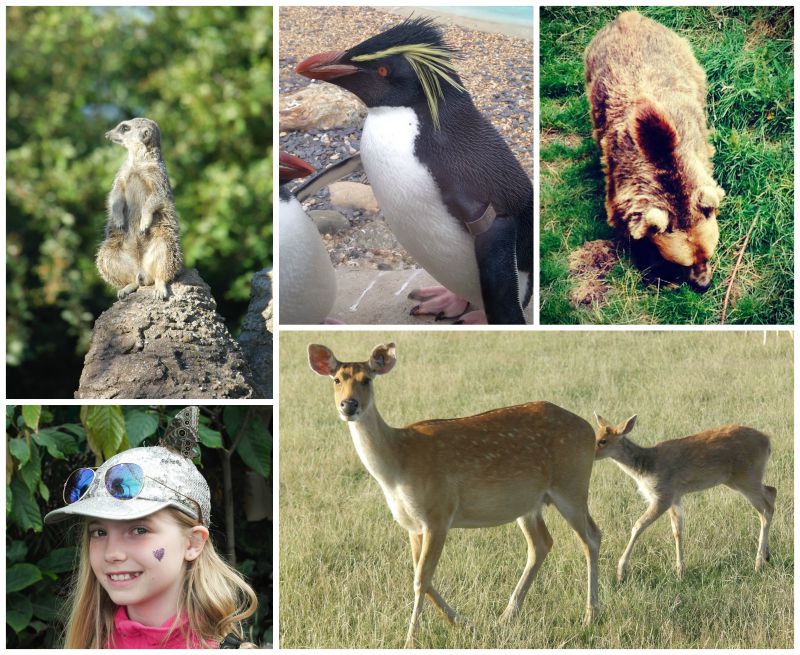 I’ve never been a fan of taking the guided tour wherever I’ve visited, preferring the perceived freedom of exploring at leisure. After all, they put those great little signs up so you can read everything you need to know without the umbrella-in-the-air-style tour guide, right? Wrong. Taking in the animals with the zoo guides is definitely worth it – their knowledge, and love of the animals, adds so much value to your visit, especially if you have children. For instance, did you know: 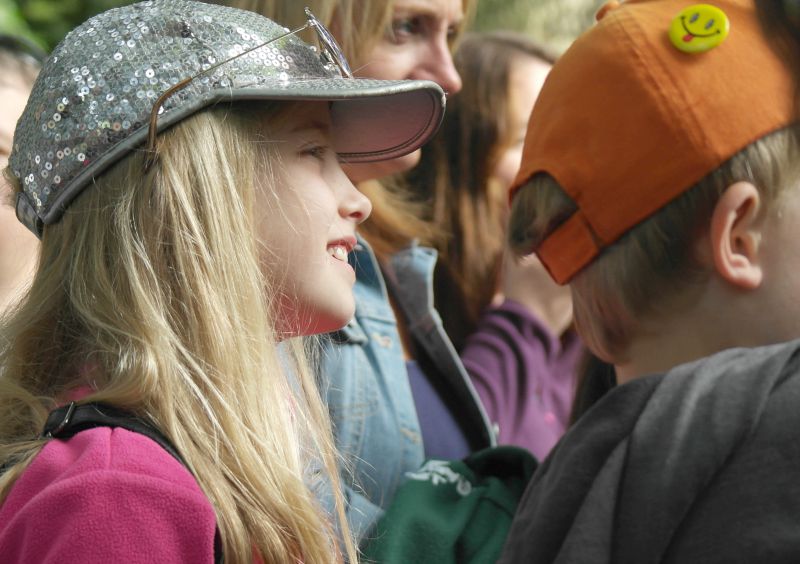 The following morning we were woken for an early breakfast – which again was hearty and plentiful – before we had the privilege of feeding some of the animals their breakfasts. Getting to know the chimps was a delight, and the children were fascinated by the stories told to them by the keeper.

We had the rest of the day at our leisure, and we found it difficult to leave, a highlight of the day being the sealion show – kids in the splash zone, adults very sensibly at the back! 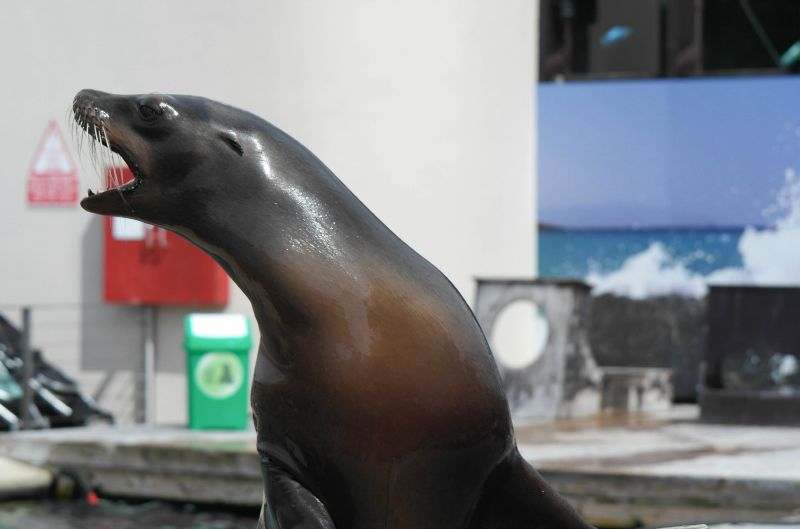 Our sleepover at the zoo was an amazing experience, and the kids are already asking to go back. I would definitely recommend it for a special occasion or holiday treat – it’s well-worth saving up for, not much more expensive than a night in a smart hotel, and way more fun for the kids!

Frubes are giving you the opportunity to win ‘Minions of Prizes’ with special on-pack Minion Vision Goggles until 31 October 2015. Our stay at Whipsnade was courtesy of Frubes and the zoo. All opinion, editorial and images are our own.

Find more details on the Lookout Lodge sleepover experience at Whipsnade here. A sleepover at the zoo experience is avaliable from late March until October and costs £378 for a family of four, including tours, meals, and a two-day entry pass to the zoo, with vehicle access.

Read more on the experience on Jane’s blog: Lions and Tigers and Minions.

Being Brave: BritMums and Type 1 Diabetes

9 thoughts on “Travel: A Sleepover at the Zoo”