School’s out, and so is all my schoolwork. Out of the classroom, and into my schoolbag, to be dumped unceremoniously on the hall floor, where it will stay for the next six weeks. If I have my way, which I never do, obviously! *Huffs.* So Mummy rummaged through all my stuff, and emerged clutching this: 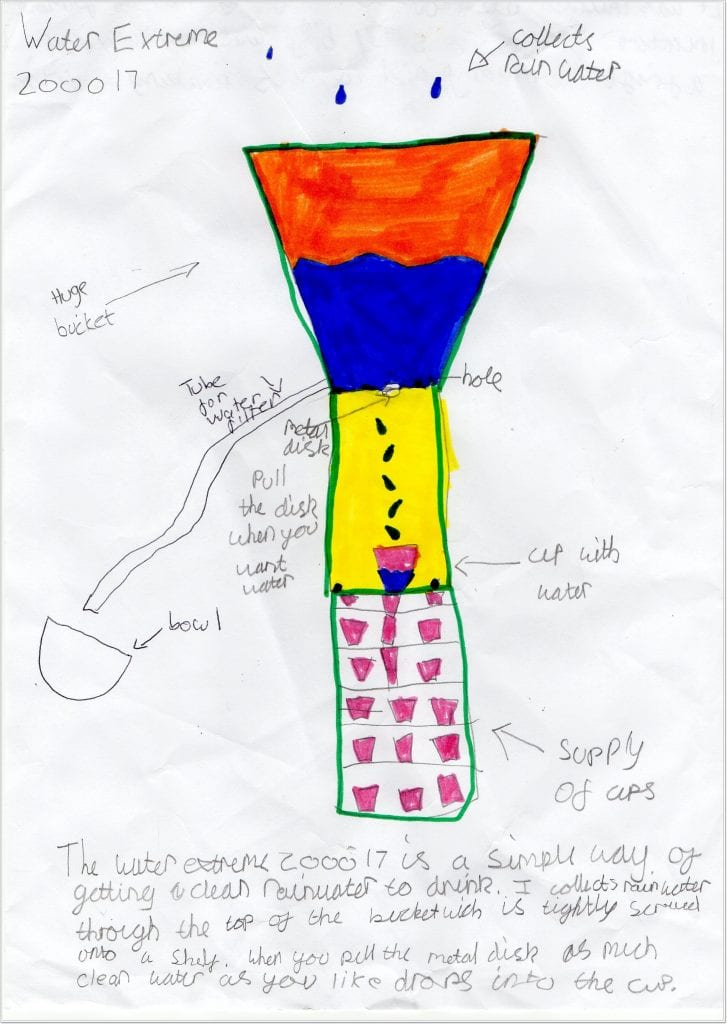 I call it the Water Extreme 200017. So called because parts of the world are extremely short on water, and I’m pretty sure that at least 200,017 people are affected. So I have invented this for them. As you can see, it collects rainwater, filters it clean, and dispenses it on demand. I’ve even factored in a large section for cup storage. I’m looking for a partner in production so we can ship it to the 3rd World. I hear that Lord Sugar is on the lookout for a good idea…

It’s not as far-fetched an idea as you might think. Children have come up with some pretty cool inventions before now, and I plan to count myself amongst their ranks:

So what do you think? Will my Water Extreme 200017 make it to the top of the patent charts?

Do I need glasses Mummy?

12 thoughts on “Inventions by children: Wot so Funee?”