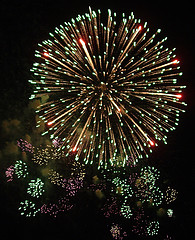 16 thoughts on “How to Celebrate New Years Eve with Kids”