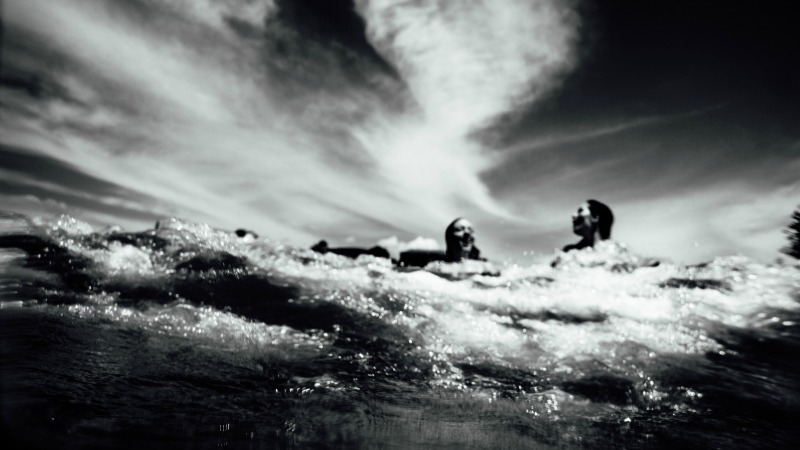 A diabetes anniversary is always a time for reflection. If you’d asked me three years ago how I felt about diabetes, I would probably would have burst into tears before I’d managed to utter more than a sentence. It was devastating. It took me well over two years to even begin to come to terms with it. I remember one morning, about 18 months in, I was just so angry about it all that I actually kicked a dent in our kitchen wall. I screamed in frustration, and spent the rest of the day crying uncontrollably at the unfairness of it all.

Today though, things are different. Today – although if anything, diabetes is even harder to control than it was before, with the onset of puberty hormones and the spontaneous lifestyle of a teenager – today I can put it into perspective. And whilst I could never say I’m glad that diabetes is a part of our lives, I find myself actually grateful for some of the changes it has provoked for our family.

The upside of living with diabetes 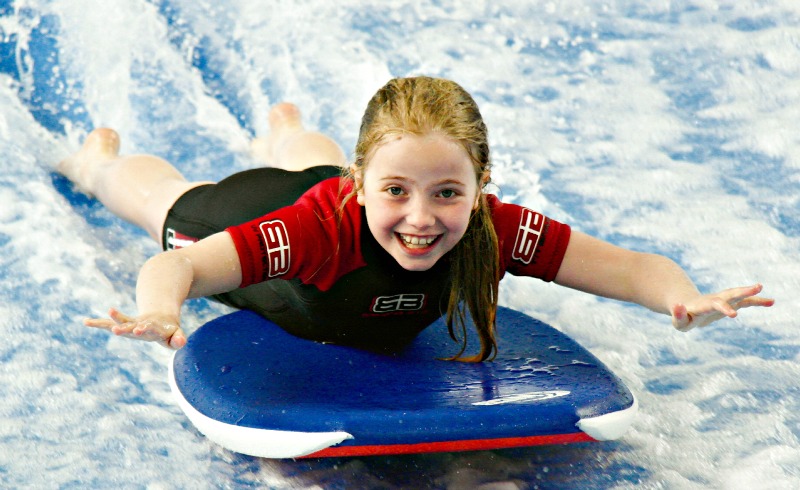 Last week I was part of an online conversation in a group of parents who have kept me sane since Maddie was diagnosed with Type 1. It’s a brilliant place; they share advice and experience when the numbers just don’t make sense; they give virtual hugs and eyerolls when the frustration of trying to explain an inexplicable condition kicks in; and they’re there at every hour of the night to hold your hand when you’re dealing with an unexpected stubborn level. They get it. Where it’s particularly evident is when someone new joins, still in that ‘hit by a truck’ place that every parent arrives at after diagnosis.

Marisa, one of the diabetes mums, told a newcomer about her son. He’s 21, and has survived teenage years, alcohol and university. She told us:

“Before Cam was 20 years old he had lived for a year abroad, seen in the New Year watching the fireworks in Hong Kong harbour, backpacked around the Far East, kayaked through the centre of Vilnius, lived with families in France, been on TV several times, debated in parliament, performed for high level dignitaries, camped in the highlands, got into numerous near misses with his diabetes and had to learn to think on his feet. His Hba1c through all of that has not been perfect by any means – it couldn’t be. If I’d insisted on him staying at home and not doing any of the above then his levels might have been perfect – but then he wouldn’t have had all of his adventures, and wouldn’t be the mature and independent young adult he is. Like so much else in life it’s a trade off. What people have to remember is that it’s not about them, it’s about their child and their life, and what they want to do.” *Hba1c is the quarterly blood test that determines how you’re doing, clinically speaking.

The comment was designed both as motivation, and as a warning that being afraid of difficult blood sugars shouldn’t get in the way of living a normal life. And I started to think about the positives that diabetes has brought to our lives:

I’m no longer a control freak

Diabetes has cured my perfectionism. You absolutely cannot be a perfectionist when it comes to blood sugar and insulin. Believe me, I’ve tried. I’ve sat, poring over figures and pump settings till the pencil marks blurred; I’ve tracked glucose levels hour by hour, day after day to see if I can spot the trend that will fix it. I’ve made grand, complicated plans for insulin doses for pizza, chips, and rice, and waited with bated breath, each time feeling like a complete failure when my actions didn’t produce the results we wanted. Diabetes doesn’t follow rules, or patterns. At best it’s like herding sheep; after a lot of tail chasing, and random manoeuvres to grab a stray figure, you will manage to get it all in the right place. Briefly, before it all heads left field, and you have to start all over again. 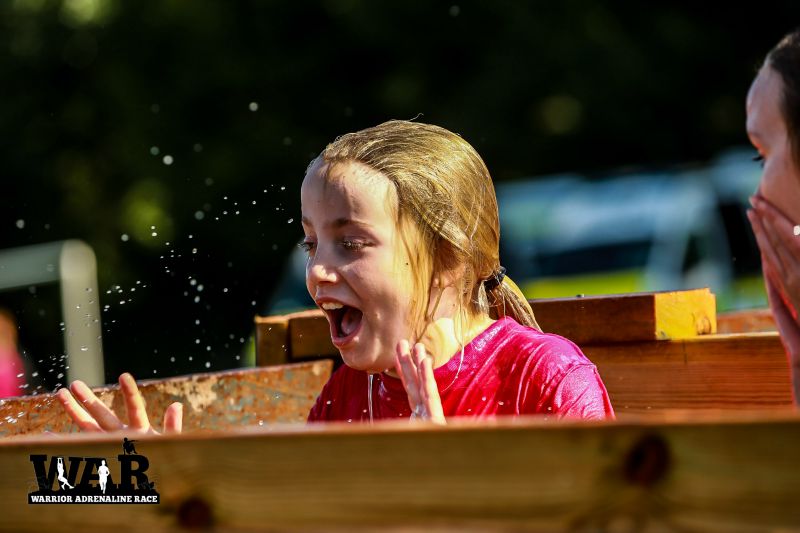 My daughter will do it all. She tests me all the time, pushing barriers, not willing to let diabetes stop her doing anything. And I go with it. Before diabetes I was an apron string kind of parent. I thought more about what dangers lay in a proposed activity, than in the fun my kids might have. I fought their battles for them at school, worried about their 5 veg a day, and the minutes of music practice. I stressed about the little traits of their characters, and how they might impact them in adulthood. I had such a huge fear of stranger danger that even in summer I would lock all our bedroom windows before I could sleep, and the thought of Gap years had me wanting to stop the clock.

Now it will most likely be me pushing my kids to backpack through South America, to complete every level of the DoE, or to fundraise for a summer in Tanzania. I still don’t want them to go. Diabetes will be an absolute monster to manage through all of that. But I hate to lose, and I’ve never been a quitter. If diabetes tells me she can’t do something, I will damn well find a way to prove it wrong. I’ve made myself a life of intense stress, I know. But the rewards will be greater than any I had planned for my children before diagnosis.

I don’t take life for granted 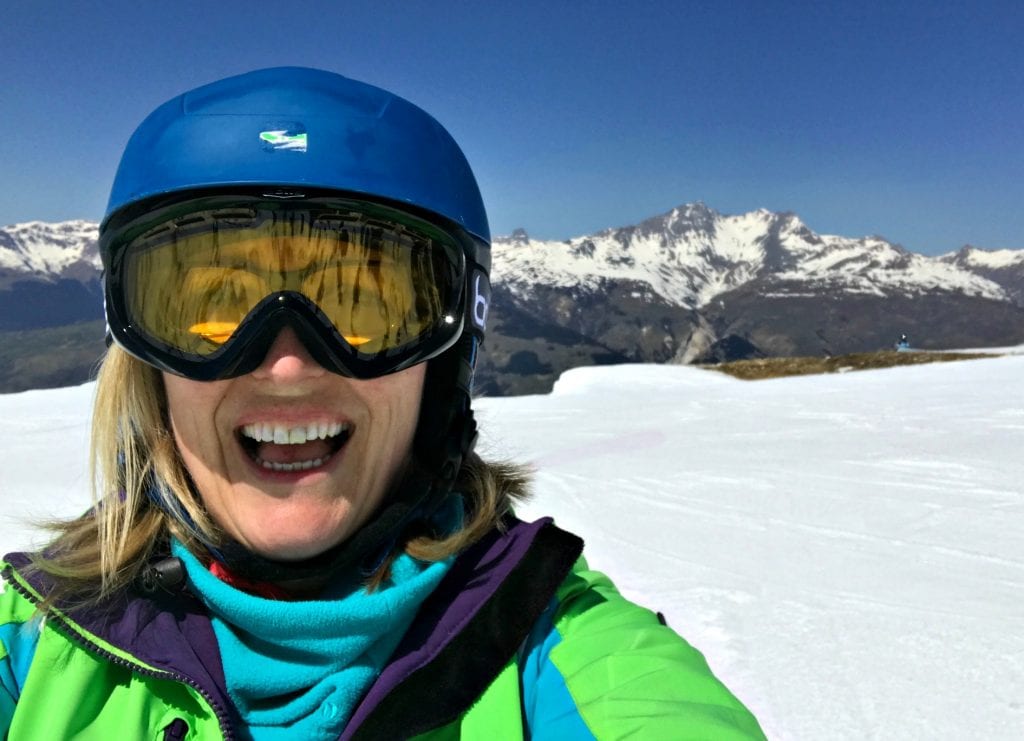 I’ve changed my attitude to life so much. I used to assume that most people made it to 80-ish with not too much drama. Diabetes was the start of a big wake up call. Life isn’t like that for everyone, nor is that a prerequisite for happiness. A colleague of mine lost her daughter at 32 to a skydiving accident. She said it was okay because she’d had a happy life, and died doing something she loved. I could not get my head round that at the time, but these days I can totally understand it. You can live in constant fear, or you can take really good care, then live your dreams and just see what happens.

“You have absolutely hit the nail on the head Helen – and what you are getting at is getting past the entirely understandable fear, and truly living, rather than just existing, with diabetes. As parents we mustn’t let our fear stop our children from getting every bit out of life that they can squeeze. You have to make a hideous mental shift as a parent of a child with diabetes – and force yourself to confront the unthinkable – which is your child’s mortality. I’d rather Cameron lived to 60 or 70 with a lifetime packed with memories and adventures, having seen everything this world has to offer, than to 80-90, body intact, with a perfect record of bloods but a sterile life, and no excitement or memories to look back on and keep him warm when he is old and infirm. It’s a quantum shift in thinking for a parent because your overriding instinct is to keep them safe from absolutely everything. And if you are a worrier by nature – diabetes can tip you over the edge.”

When Maddie was first diagnosed, I couldn’t imagine a weekend away, never mind a holiday abroad. But we’ve pushed ourselves, doing things that make diabetes tricky to manage – long haul flights, skiing, adventure holidays, and extreme activities. And I have no doubt that I will need a lot of wine to make it through her first inter-railing adventure! 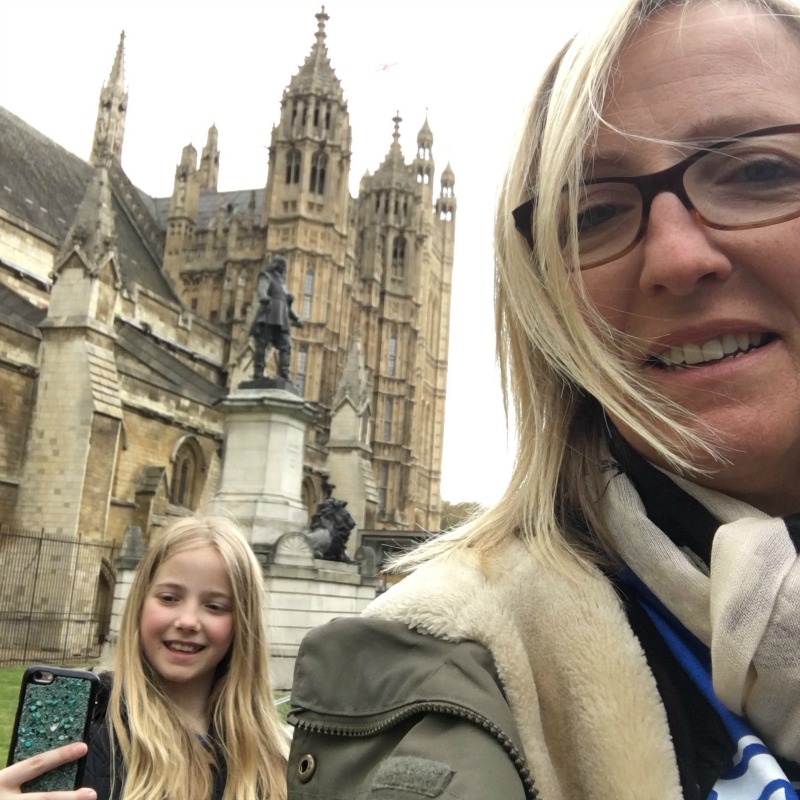 Of course, it goes without saying that both my kids are amazing. We all think that about our children, don’t we? But my daughter has astounded me over the last three years with the things that she can take on. I honestly believe that without diabetes, her maturity, and ability to manage her situation would be nowhere near what it is right now. Quite aside from her uncanny knack of estimating the carbs in any kind of cake, she can handle herself. Her instincts about people and situations are usually spot on, and she negotiates with the adults in her life so stylishly that I very often don’t even get involved these days. She too has visited Parliament, spoken confidently to Theresa May, delivered whole-school assemblies, AND isn’t as scared of her headteacher as I am! And it’s not just her. Her 10 year old brother – always sensitive to other people’s needs – has become her main champion, and has as good an understanding as anyone of what she is dealing with. I’d trust him to look out for, and after her.

We’re closer than we were before

I was a typical parent, rushing through the parenting ‘tasks’ as I saw them, till I could get some time to myself. My daughter and I were not natural companions – we’re both headstrong, independent and opinionated, and we would often argue. Diabetes required so much of our time to be spent together, and thrust us both into the unknown. She needed me more, and if I’m honest, I needed her too, as I struggled to come to terms with it. We both slowed down as we got to grips with things, and as we chatted together, we got to know each other properly, in a way neither of us had taken the time to do before. It’s lasted, and though medical issues are discussed less frequently these days, I feel like we understand and support each other better than we did before. 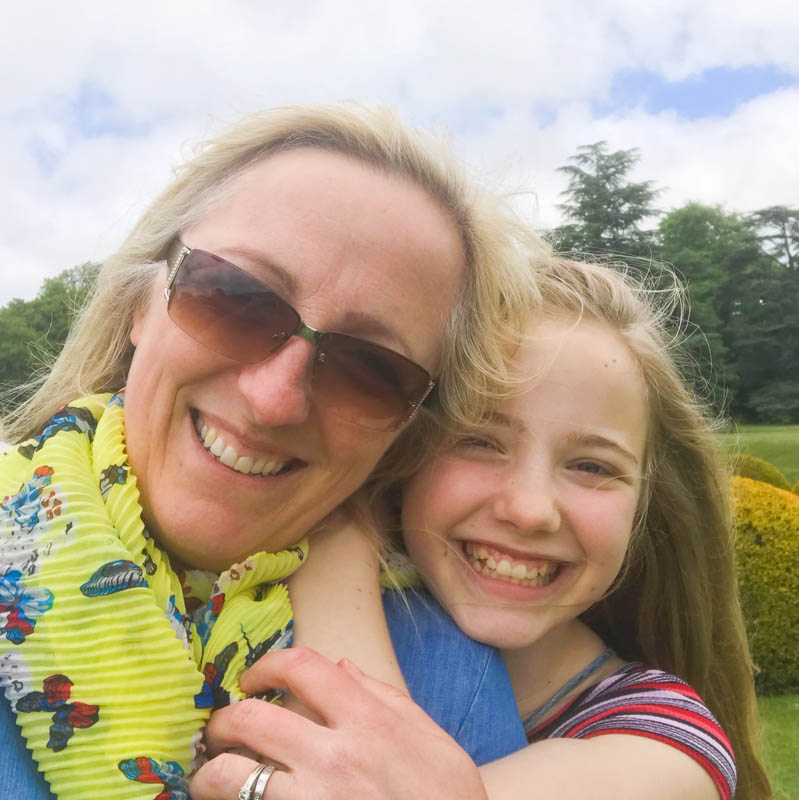 So today, three years on, I am grateful. I would gladly give up the nights of trying to fathom rogue blood sugar levels, and the worry about the more serious aspects of what my daughter is living. And I long for the time when she won’t have to stick 10 needles a day into herself just to stay alive and safe. But I love who we have become because diabetes is with us. When it leaves – if a cure is found – it will leave us with such wonderful life lessons. Happy diaversary Maddie x. 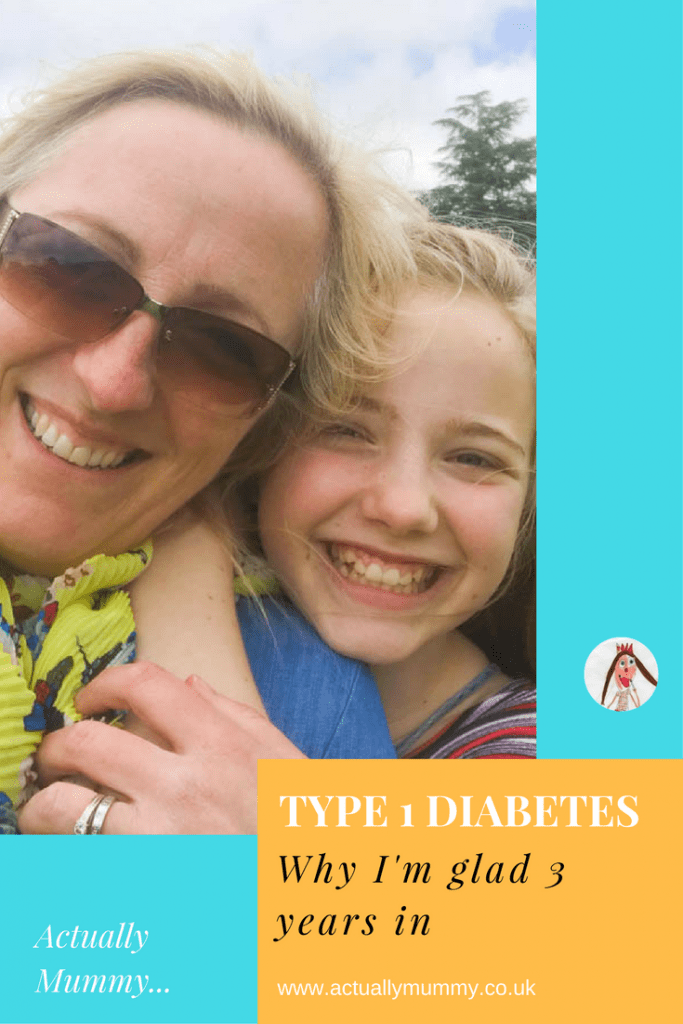 What to Get a 13 Year Old Girl for her Birthday

30 thoughts on “Diabetes Anniversary: Not Drowning But Waving”