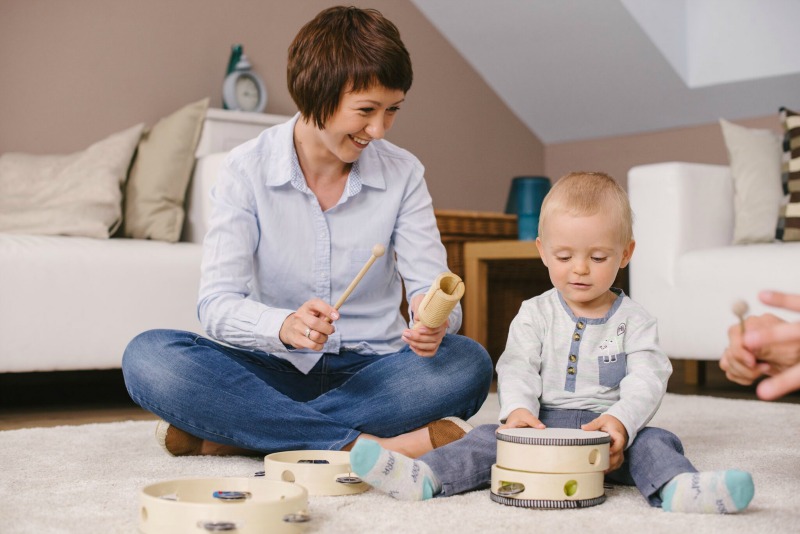 Why music is important for kids

Music was a lifesaver for me when my daughter was tiny. I remember reading whilst I was pregnant that my baby could already hear music. I think it was around that time I switched from Radio 1 to Classic FM in the car, having heard that Mozart was the best music for babies, and could make my child smarter before she was even born. When we brought her home from the hospital we sat drinking champagne with music videos on the TV until 2am, waiting for her to go to sleep, so we could eventually get some rest. It didn’t dawn on us that she was far too blissed out having her brain stimulated by music to even think about going to sleep!

I’ve talked before about what a full-on baby Maddie was. Nothing impressed her for long, and my job was that of full-time entertainer. With the exception of one particular time of day. Every evening, we would switch on the TV and watch children’s music videos, and she was captivated. TV programmes never held her attention, but she would gaze at the colours as she listened to the music, and peace reigned.

Where music really became intrinsic to our lives was our weekly music for babies class. Baby gyms and play groups were never relaxing – they just didn’t stimulate my daughter in a way that made her want to be there for more than 10 minutes. But music classes had her hooked from start to finish. In fact, they were so important to our weekly rituals that I was outraged about the school term organisation that left me without an essential activity whenever the holidays kicked in!

Does music make you smarter?

Research suggests that regular exposure to music at an early age can boost adult IQ by up to 18% compared to individuals who had no musical education as a young child. In addition, spending time as a family interacting with music is a really rewarding, bonding thing to do with your baby or toddler. 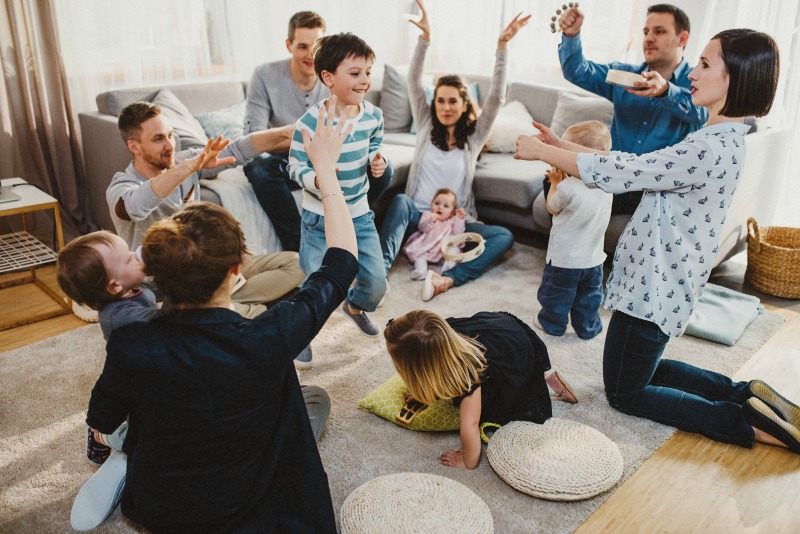 We were lucky, in that we could afford  our baby music classes, but not everyone has access to structured music education at such a vital young age. That’s where Pomelody comes in. Pomelody is the world’s first music e-learning platform for babies, toddlers and preschoolers that brings music education to families right in their homes. The idea came from professional musicians Adam and Anna who, whilst raising a young family and knowing how powerfully music impacts on a child’s development, tried to find musical content that they could use in order to interact with their children.

There was very little musical content available and what was available was unstructured. So they set about designing, testing and recording a series of specially recorded songs, music theory tutorials for parents and animated stories for kids. The result is the first simple to access (online via PC, laptop or tablet), fun and engaging platform for parents to embrace music along with their young children. Indeed, the first music-making classes for families ever put on video. And no music background is required to really make the most of Pomelody. Have a look:

The first season of Pomelody is available now at an early bird rate of $69. When you buy it, you’re actually giving a pledge on their Kickstarter campaign that will allow the company to create further seasons. Here’s what you’ll get:

A collection of 25 songs – composed, recorded and produced with 12 different bands/artists

What’s really rewarding about selling their music education system in this way is what you’ll be helping them to do for children who don’t have too many privileges. So strong is the Pomelody belief in the importance of music, that the team are now looking to build a platform that will be available free of charge to orphanages and other children’s institutions all over the world, and have launched a stretch goal on their Kickstarter campaign to fund this. Now isn’t that a good feeling?

So, has all that early musical exposure made my daughter smarter? It’s hard to pinpoint the exact cause of her current abilities, but she is in all the top sets at school, and certainly runs rings round me with her debating skills! One thing I do know – when engaging with music as a parent and child is so much fun, and makes kids happy, it’s a no-brainer. If it brings added intelligence further down the line – well, that’s just a bonus, right?!