Could you hit your child? 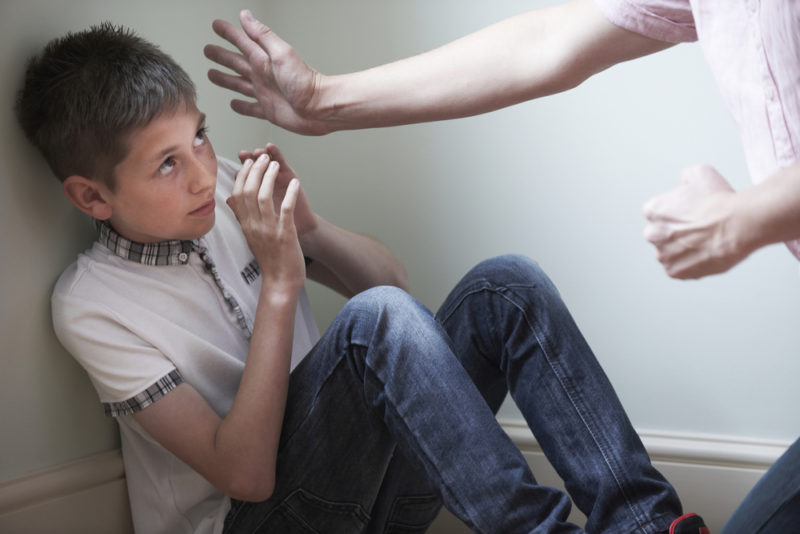 I should have been holding his hand but I wasn’t. He saw our car, parked on the other side, and ran to climb inside. He didn’t see the van crossing his path. It happened so fast. He ran, brakes screeched, I screamed, he stopped, bewildered. I slapped the back of his legs and then hugged him tight. His face crumpled in hurt and confusion.

I remember that moment years ago so clearly, and berate myself for it over and over again. I have never hit either of my children since, and yet toddler parent frustration often left me wondering what on earth I could do to make my point hit home.

According to a new poll,* more than half of parents believe that smacking is an effective form of discipline, and 35% admit that they smack their children. In some ways, I’m not surprised. My mother did it regularly. I have vivid memories of being taken down alleyways at the shops to get my legs slapped for some or other transgression. All the mums did it, as far as I knew, it’s just what you did. So when I did it to my son, I excused myself. It was heat of the moment, a short, sharp shock, to make him think; he’ll never run out in front of a car again. And he never has. Effective discipline.

And yet, my overriding memory of those alleyway slaps is one of humiliation. Not pain – just shame, and resentment. It doesn’t matter that there was no physical damage; it doesn’t matter that I was loved; it mattered that it hurt me emotionally, and I don’t want to do that to my children.

On the other hand, I regularly see parents not admonishing their children for appalling behaviour. I wonder if they’re saving it for the privacy of their own homes, to be dealt with later. After all, it’s nobody’s business but theirs how they raise their kids. But then these are so often the children who behave badly a lot of the time, and I know that in reality they’re not being given those boundaries by their parents, instead being left to believe that what they’re doing is fine. And where does that leave us as a society?

Horror stories in the news of children seriously harmed by their parents have led to an almost universal condemnation of the old-fashioned practice of smacking. There are laws and child protection services for a good reason. And yet, my mum would dismiss it as nonsense. Any decent human being knows where to draw the line, and a quick slap is not the same as bruising, or a broken arm. It’s PC gone mad, she’d say.

Under the Children Act 2004 it is unlawful for a parent or carer to smack their child, except where this amounts to ‘reasonable punishment.’ But that’s where the problem lies – what one parent believes is reasonable would be totally unacceptable to another. The United Nations have historically urged the UK to ban all forms of corporal punishment. The UK government has indicated that it doesn’t wish to criminalise parents who “issue a mild smack,” but again, there is the issue of interpretation. And is there a resource to enforce such a law?

And then ultimately I come back to the humiliation.

So what do you do in those situations where anger and frustration get the better of you. How do you show a child, in the heat of the moment, that their behaviour is unacceptable? How do you make an impact that makes them think? I remember being dragged off my bike for a smack because I’d called my mother a liar. That needed dealing with, no question. But I’m stuck for an answer on the best way to make the point.

Maybe I should just send them to my mum. Apparently 8% of parents phone their own parents so the kids can get a telling off from Grandma!

How do you discipline your kids?

50 Secrets you Need for an Incredible Trip to Somerset

22 thoughts on “Could you hit your child?”