Wicked: an Alternative to the Panto at Christmas 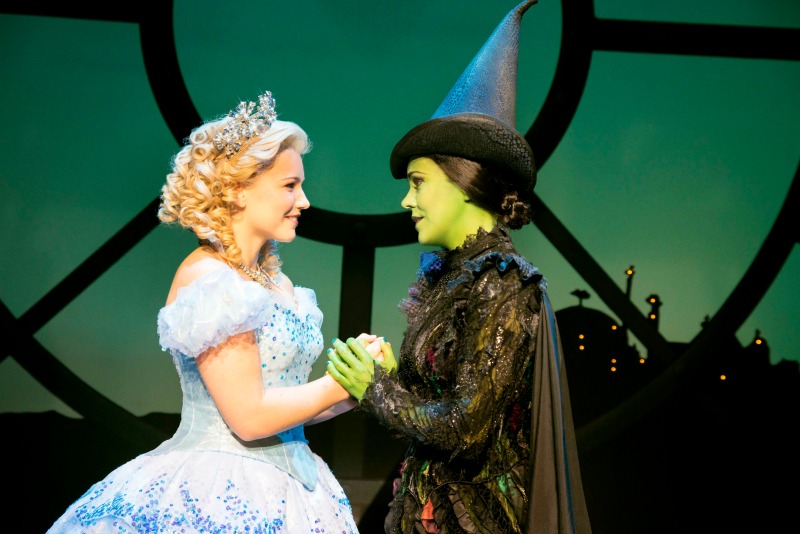 When my kids were young they loved a pantomime at Christmas. It’s the slapstick, the limerick nature of it all, the cheesy jokes, and the audience participation – it never fails with younger kids. But Maddie is now 12, and though she still wants a special trip to the theatre at Christmas time, she has outgrown the panto, seen the Snowman, and is not yet old enough to really appreciate a full ballet production of the Nutcracker. So we went to see Wicked.

It has exactly the right amount of fairytale and costume excess to fit the bill of a special occasion, with enough glitter and wands to be just the thing at Christmas time; yet it is sophisticated enough to appeal to older children and adults alike, with a great storyline twist on an old childhood favourite, and a fabulous moral.

It’s all very well hating the villain in a story, but you have to ask yourself what happened to make that person so bad, and the current trend for discovering the back story (Maleficent, Pan) is the premise for this long-running West End musical. The show begins where The Wizard of Oz left off, with the death of the Wicked Witch of the West, and a munchkin celebration led by gorgeous Glinda the Good. But it flashes back to the beginning of it all, when Glinda and Elphaba were just young students, and you quickly realise that the Wicked Witch was once not wicked at all, and that Glinda isn’t as good as you thought.

It’s a compelling story, with epic songs (Popular, Defying Gravity) and wonderful costumes befitting any child’s Christmas fairy fantasy, thought it’s probably best for children over 7, given its length. I went with Maddie and her friend, and both girls were enthralled by the whole thing. At 10 years, Wicked is the 5th longest running musical in the West End, and is set to be in London until at least November 2017. It was my second time seeing the show, and it still had me transfixed. The stars, Rachel Tucker and Susie Mathers are incredible, and the two witches caused a standing ovation at the end of the Saturday matinée. I was rather excited too, to recognise Anita Dobson in the cast!

So if you’re looking for a special Christmas theatre outing with your family, and the pantomime has outgrown its appeal, I can thoroughly recommend Wicked as a fabulous alternative.

*Our tickets were courtesy of the Wicked team. All opinion is our own.

2 thoughts on “Wicked: an Alternative to the Panto at Christmas”