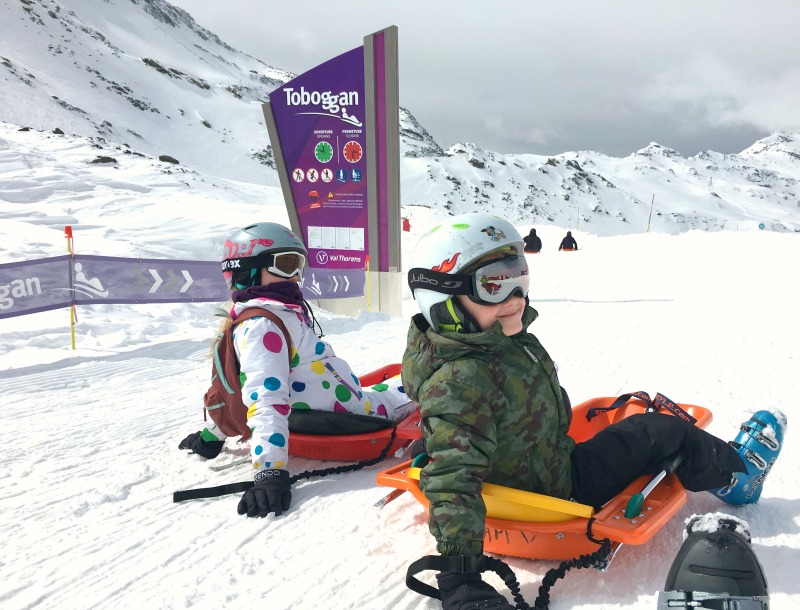 If you’ve always fancied taking a family ski or snowboarding holiday, then Val Thorens is the perfect place to start. Our kids get very excited about our ski trips, and it’s a complete joy to share the antics of the day with them after a long session on the slopes. But even though they love the skiing, children sometimes need a break, or a change of scenery during a week’s holiday. For ours it can be a lazy afternoon in the apartment, or a swim in the hotel pool. But one of the highlights of their holiday in Val Thorens was the toboggan run.

Doing the Luge in Val Thorens

The Luge is a 6 kilometre toboggan run from the top of the Peclet gondola lift (which, by the by, is the best gondola I’ve ever taken – really comfy seats, very important for a woman with bizarre feet (the boot-fitter’s description, don’t ask) squeezed into hard ski boots. Heated seats and a takeaway vin chaud and I’d be happy in there all morning!).

Exiting the lift holding onto sledges feels strange when you’re surrounded by skiers (though I suppose the cynic in me would say it’s not unlike being a snowboarder. *Ducks*). Standing at the top of a blue run whipped by the glacier wind at 3,000 metres, you feel somewhat vulnerable without the security of your skis. But round the corner and you enter the toboggan run, where skiers are ‘interdit,’ and you have the run all to yourselves.

Let’s not sugar-coat it though, the Luge is not your average couple of tumbles down the hill on snow day in the UK, which leave you cold and scurrying home for hot chocolate after half an hour. This is serious tobogganing, and you’d best go armed for extreme fun. We did it on our last morning. Here’s what we learned:

Tips for surviving the Luge

Check out the runs in our short video clip. If you’re planning a trip, you might like our tips on where to eat in Val Thorens, or our family guide to the pistes in Val Thorens.


* Disclaimer: no snowboarders were hurt during our Luge run. Avoid collisions with boarders at all costs. Under no circumstances should our advice re: boarders be taken seriously. 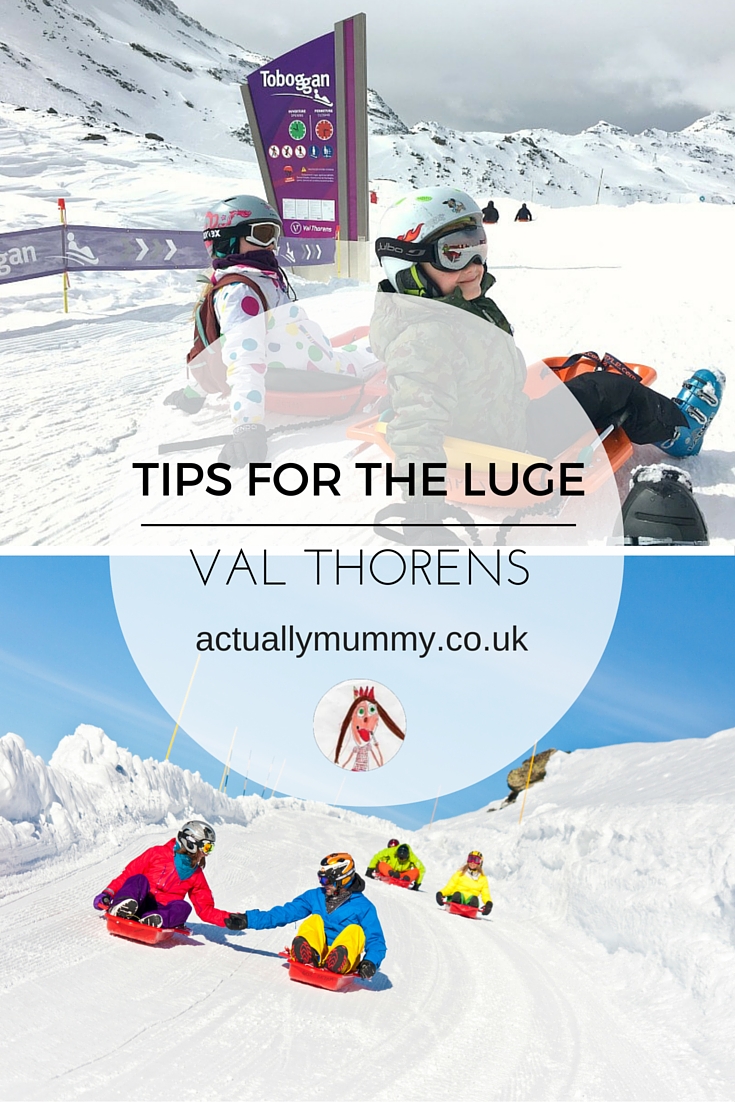 Where to see Bluebells in Hertfordshire

16 thoughts on “Ski: Tips for doing The Luge Toboggan Run in Val Thorens”