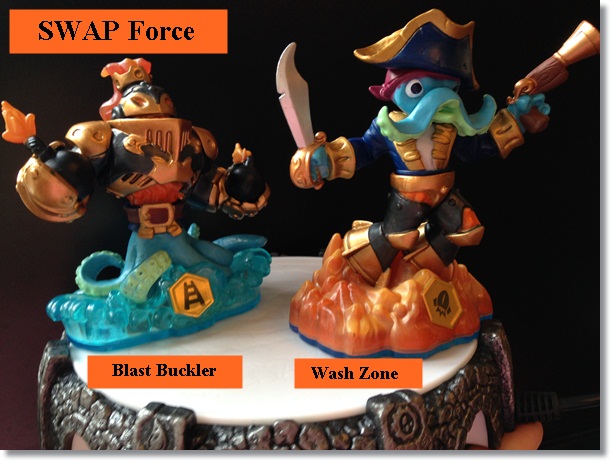 I am the envy of all my friends. Skylanders SWAP Force is in shops today, but I’ve had it for a whole week already so I could review it and let you know what I think. Which means I have been much in demand for playdates. Understandably, as the Portal Master in our house, I impose certain conditions upon players. They are as follows:

Can you tell I’m a tiny bit excited over my new Skylanders SWAP Force? Take a look at this video to see what else I said about it, and for a sneak peek at the new graphics – including how the SWAP Force characters work:

So about the swappable characters. Basically, you can split each of these guys in half and match them up with another half – I want them all!

Disclosure: I am a member of the Netmums Blogging Network, a unique community of parent bloggers from around the UK who have been handpicked by the Netmums team to review products and brands on their behalf. I have been paid expenses and supplied with a product sample for this review but retain all editorial control. All my Netmums Reviews will display the Netmums logo within the post.
This is a Netmum’s sponsored review.