Looking at Shakespeare from a different angle #ShakespeareLives 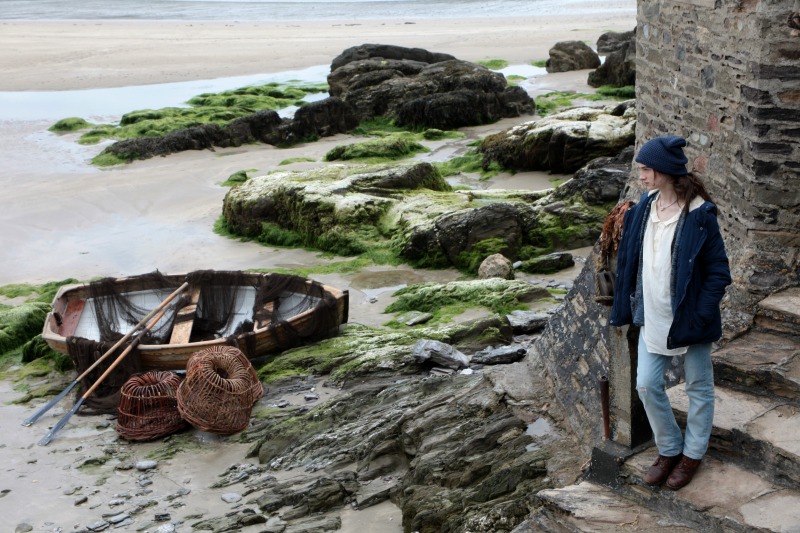 When she was seven, my daughter suddenly discovered Shakespeare. She had read a children’s version of a Midsummer Night’s Dream, and she was hooked. She asked for Shakespeare for Christmas, and began to talk of the tragedies of Macbeth and Hamlet – though she has always loved Bottom and Mercutio more than the great dramatic characters. Conversely, I came to Shakespeare late, and it took a passionate English teacher to make me love his plays. I’m impressed by how far Shakespeare’s PR campaign has come in the intervening years, that a primary school student not only understands, but loves a good Shakespeare tale.

Miranda’s Letter is the most recent in the series, and is inspired by Shakespeare’s The Tempest. Miranda lives on an isolated island with her father Prospero. He loves her dearly, but is unable to relate to his adolescent daughter. Instead of exploring the play’s themes however, the film diverges to a theory as to how their circumstances came about. Miranda has a well-read letter from her mother, who died when Miranda was just a baby; her mother’s anguished words at being unable to see her daughter grow up flood through the film, as Miranda wanders the island.

The director of the film said she was acutely aware of the lack of mothers in Shakespeare’s plays, and in particular the mother-daughter relationship. She wanted to imagine and portray the possible back story of the Tempest by focusing not on Prospero, but on Miranda’s absent mother. Take a look:

It’s a compelling concept. What mother hasn’t written a letter or a note to her daughter, with visions of it being read in years to come? I have written many words designed for my children in the future. This blog began with a hand-written diary of my thoughts and wishes for my daughter, and there are many posts in here that will only have meaning to my children when they are much older.

Starring Raffey Cassidy (of Snow White and the Huntsman), the film was shot on the coast of South Devon, and is a moving tribute to mothers, and their love for their children. You can see Miranda’s Letter, and the other short films created for Shakespeare Lives here.

*Disclosure: I was compensated for my time in writing this post.

Get Involved in a Great British Tennis Weekend! #GBTW

2 thoughts on “Looking at Shakespeare from a different angle #ShakespeareLives”