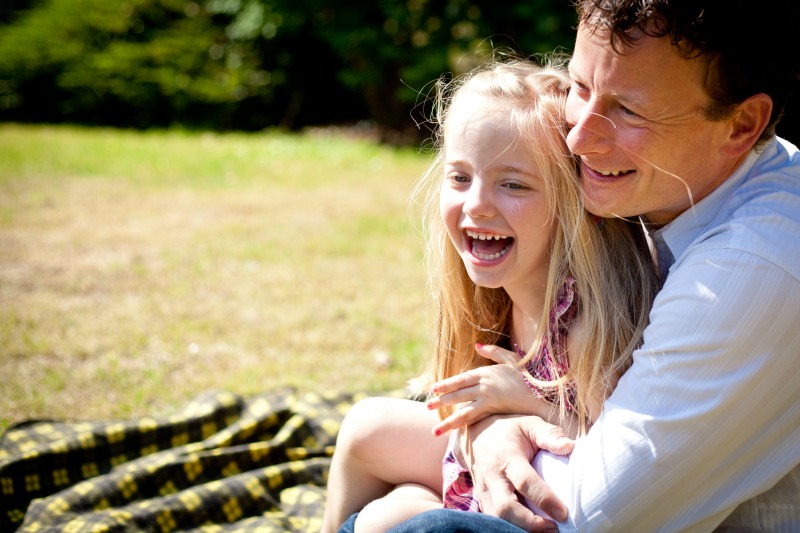 When she was born, I held her briefly. I cuddled her for a while as the midwife tried to do my stitches. It was too tricky and they decided I needed pain relief – it was going to take a while. I had done all that work on gas and air, and now I needed an epidural! They wrapped her up, got him to dress her, and wheeled me off to surgery. My husband was left for the next two hours with our first baby daughter, alone.

So began that classic bond. A daddy’s girl, she would light up when he came home, bored of me and my routines, my bedtimes, and my tidying up; ready to play and muck around, delighted by his daft games. And he hammed it up, thrilled by how much she adored his terrible jokes and his terrible singing. Then I had the Bug, and he took her out for distraction; they discovered giant Noddy, bouncy castles, and bumper cars together. He taught her to sing Kaiser Chiefs, and many, many alternative lyrics to Old MacDonald. 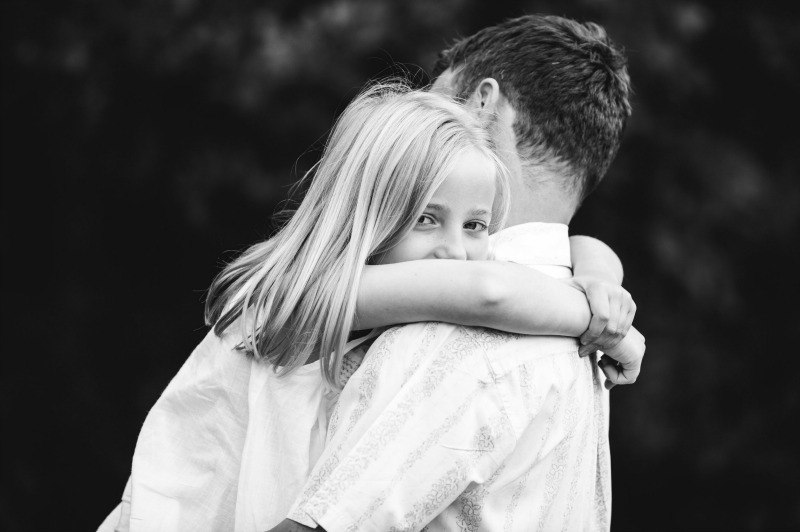 She grew out of silly nursery rhymes, but not silly lyrics; peekaboo doesn’t do it for her any more, but she still attempts to engage him with nonsense words in Scrabble. They share a love of movies and music, though it has to be ‘from this century!’ He plans days out, and she’s always the first to subscribe. They are united in hedonism, and competitive spirit; she recently thrashed him on a karting track on his birthday. It was the first time I’d seen him thrilled to be beaten. I admonish them for juvenile behaviour, and they raise conspiratorial eyebrows behind my back.

When things go wrong for her, he is devastated. When she’s doing well, he is steadfast in his conviction that she is the best at everything, ever, in the whole world. She is blue-eyed to him, in every sense of the phrase.

It’s a joy, this bond that dads have with their daughters. It gives them confidence, it inspires them to be their best, and it supports them through difficulties in their lives. Watch this video to see what I mean:

There’s a lot in Daisy’s story that reminds me of Maddie. When she was diagnosed with diabetes a lot of difficult stuff landed on her. Her life became much more serious. Her condition is difficult to understand, so tricky to explain that sometimes she prefers not to bother. Where I was tied up with medicines, numbers, settings, and tests, he was at a loss to know how to support his girl through this. Until he realised that nothing needed to change. He distracted her with the same fun approach he always had. When things get tough, he makes her laugh. When diabetes threatens to take over, he takes her out, and helps her forget. 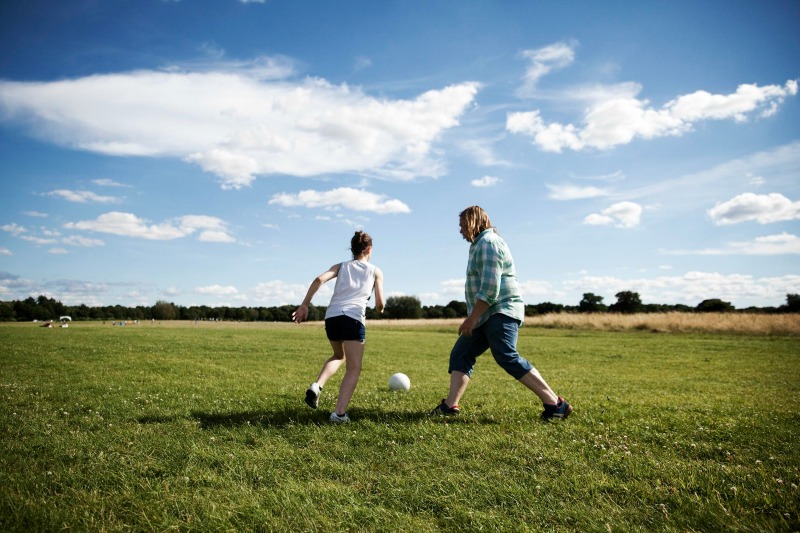 What’s special about Daisy’s story is the passion she shares with her dad for football. Daisy has Tourette’s syndrome, which makes her feel self-conscious in some of her normal settings. But she says that football has made her feel like her condition doesn’t matter, and given her focus to be who she is. Her dad has gained more than just a bond with his daughter too, as Daisy’s love of the game has opened his mind to women’s football as a serious sport.

SSE sponsor the women’s FA cup, and have launched the Dads and Daughters campaign to celebrate the bond that exists at all levels of women’s football between girls and their fathers involved in supporting them. As well as their sponsorship, they are pushing for more young women to have opportunities in football, by providing the funds to set up new teams at grass roots. As part of the campaign, Daisy has been able to meet her footballing hero, Chelsea and England player Eni Aluko, who she says has inspired her to practice and succeed in the game. 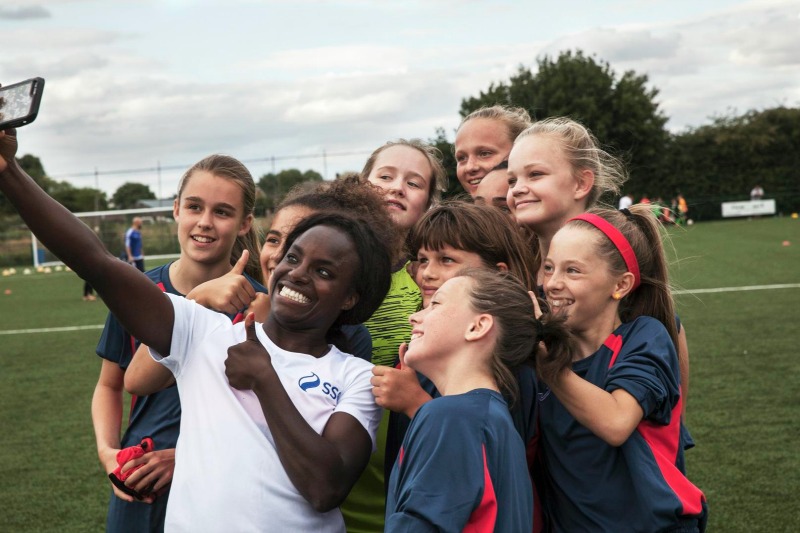 Daisy says that having a shared passion with her dad has made their bond even stronger. If it wasn’t for football, she says they’d still spend time together but it “wouldn’t be as special. It’s a connection between us because we’re both passionate about football”.

With my own girl, the shared passion with her dad has always been their sense of humour, but as she gets older, I’m watching her become more and more like him. I’ve always assumed my husband was disorganised and untidy because he was never taught how as a child. But 12 years of ‘training’ my daughter has had zero effect on the chaos of her life, and I had déjà vu this week when she gave me exact same response I get from him when I asked her to make her bed:

“I’ve never understood the point of making my bed, when I’m just going to get back into it.”

I am watching in fascination to see what else she will find in common with her dad, whether it’s squash, skiing, or the thrill of tearing round a track in a racing car!

You can read more about Daisy, and and find out how to get involved in a local girl’s football club here.