Bedtime battles have to be one of the most frustrating aspects of parenting, don’t they? You put up with sleepless newborn nights, assuming that routine will come, and you’ll get your evenings back. And for most, it does. Until your baby wises up and realises that he has influence. From that moment on, you’re doomed. The nightly debate as your sleepy child kicks into his energy reserves for a final sprint sucks the life from you, even as your dinner sits cooling in front of Game of Thrones, stuck on live pause.

Sky TV asked me to take a look at the Sky Kids app this week, and a new Sleep Mode designed to take some of the stress out of getting children to accept bedtimes. As part of the process, my daughter and I took a trip down memory lane, and talked about how far we’ve come since our early bedtime battles. Check out the video below for my interview with her, and some tips on what kids get up to when we think they’re asleep!

I’ve been lucky to have one of each child: a boy and a girl; a sleeper, and a night owl. The Bug shocked the heck out of me on day three by going happily into his moses basket at 6.30pm. I poured my husband’s proffered wine down the sink and cracked open the prosecco. GG, however, has been a whole different ball game.

For starters, she never wanted to sleep. She would lie in my arms, night light glowing, lullabies playing softly, lips milky from her bedtime feed. The minute I even looked at her cot, she would startle awake grinning with happiness at whatever new adventure awaited. As she learned to talk, and to understand routine, she would go to bed, only to stand in her cot babbling away, and ask me what we were doing when she woke up – later, tomorrow, and on Friday. She would ping awake, ready to go, well before the appointed hour. I once woke at 5am, sure that something wasn’t quite right. I shrieked in shock as my two-year-old stared me down, an inch from my nose.

I was always resolute in my bedtime routine, knowing it was my only chance of any kind of sanity of an evening. So when she moved from a cot to a bed, and started appearing downstairs just as I sat down to eat, I took my health visitor’s advice. “Cuddle her, tell her it’s bedtime, put her back in bed, and walk away. If she gets up again, say ‘bed time,’ no cuddle, back to bed, walk away. The next time she does it, don’t speak, just put her back. She’ll get the message.” She got the message. I put her back to bed 43 times before eventually giving up and standing outside her bedroom with my hand firmly on the door handle. She broke the bedroom blind, a lamp, and five million books that night, but she got the message. We laugh about it now. We didn’t at the time.

Tricks we use to get them to sleep

I’ve told them no end of little white lies to get them to go to bed, including that Santa won’t come if they don’t go to bed on time, Daddy’s tired and needs quiet time, and even that Mummy is going to bed now too, so there won’t be anyone to look after them if something bad happens. One of the things that lots of parents battle with at bedtime is screen time. When it was just CBeebies, you could get away with saying the TV had gone to bed at 7pm, but once they discover that TV goes on all night, there’s no winning on that one.

Tricks they use to stay up

For their part, their ever inventive excuses and tactics for staying up late would astound me with their intelligence and cunning – if I had the energy to appreciate them. Here’s a list of what my daughter has offered up over the years:

She even managed to find ways around my night checks, when she started reading books after lights out. Check out the video below for her candid confessions on how she duped me!

The role of TV at bedtime

Mine both find it difficult to finish up on the iPad, and GG has often been found fast asleep with a mobile phone stuck to her face. So I’m rather liking a nifty development Sky Kids have come up with to solve bedtime battles when TV is involved. The Sky Kids app was launched earlier this year on Apple and android, and shows classic kids TV shows like Ben and Holly’s Little Kingdom and Peppa Pig, as well as older kids favourites Scooby Doo and iCarly.

But a genius new addition means that the app itself now restricts viewing time, and controls bedtime. Sleep Mode puts parents in control of how much screen time is enough, by giving the child access to the app until the time limit set is up. Kids choose a sleep buddy, then get a five minute warning that it’s nearly bedtime, and when the time is up, their sleep buddy pops up to say goodnight, before the app switches off. Their Sky Buddy then sleeps on screen until it’s time to wake up again. Genius! You can even download favourite shows to watch offline, so you’re not restricted to scheduled viewing times. 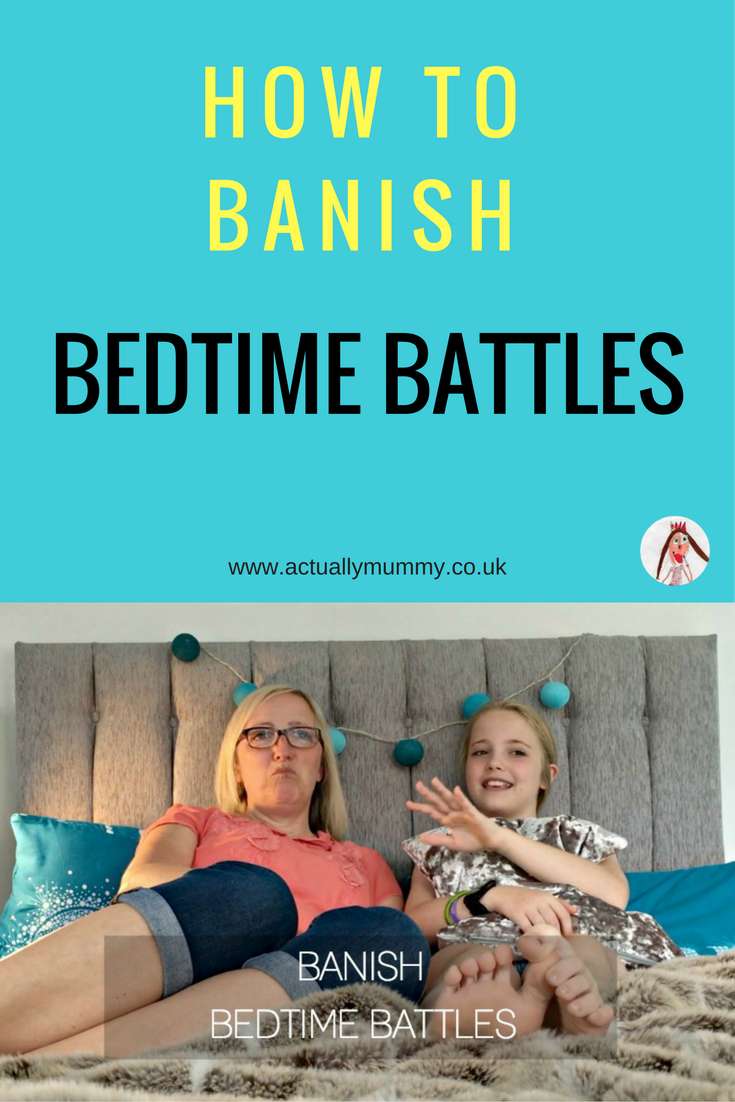