What happened at Soar Mill Cove… 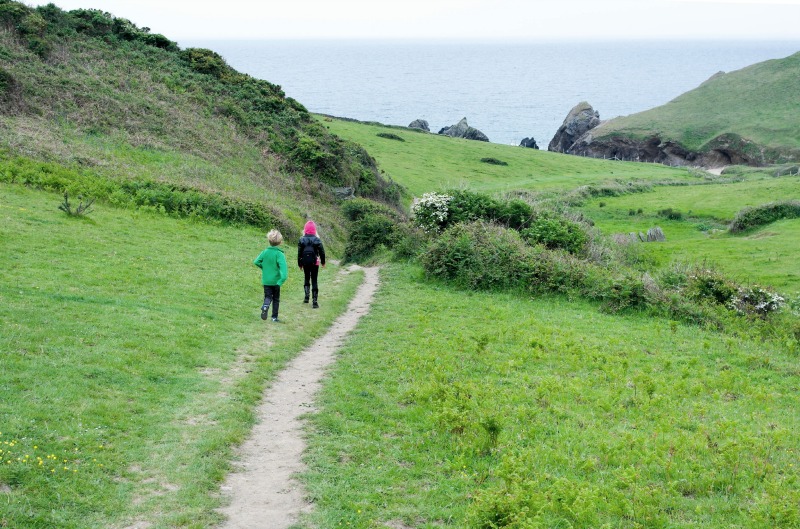 We found him, miles from anywhere, at the bottom of a narrow lane, in a sandy cove. The car was brushed by soft ferns on either side, as we made our way down the hill; we prayed we wouldn’t meet strangers coming up the other way, and we were lucky – a roadside standoff wasn’t needed.

We ran, released from our journey, through fields and over stiles, tumbling happy towards the sea. Pink splashes of foxglove and heather punctuated our route as we breathed in the salty air and the wind whipped at our hair. We picked our way down rocky steps, and over a stream, stopping to eyeball crabs in small rockpools, before landing with a jump into soft sand. 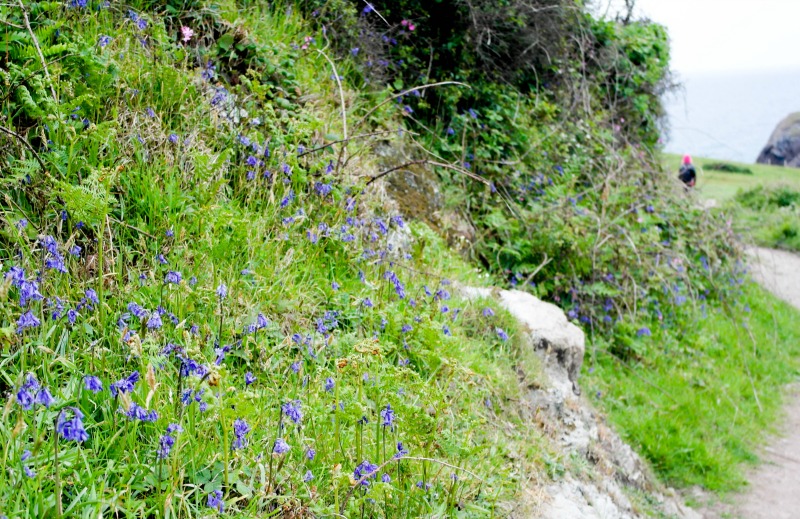 We began to explore, examining shells, pebbles, and granite rocks; look Mum it’s firestone – let’s make sparks!  But as we travelled along the beach something caught our eye, just under the cliff. An arrangement of stones – placed, not fallen – deliberately grouped into a miniature replica of the Stonehenge wonder we had passed on our earlier journey. And there, lying on a flat stone topper, was a small, lonely bear. 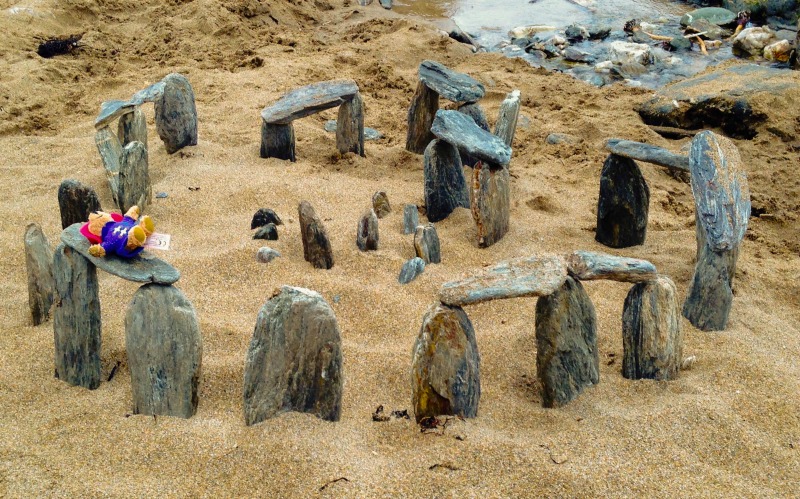 Was this some kind of sacrifice, meted out by a previous owner? Did they grow older and leave him behind? Was he abandoned, or simply lost, and placed where he might be noticed, found, and taken home for a marmalade sandwich? 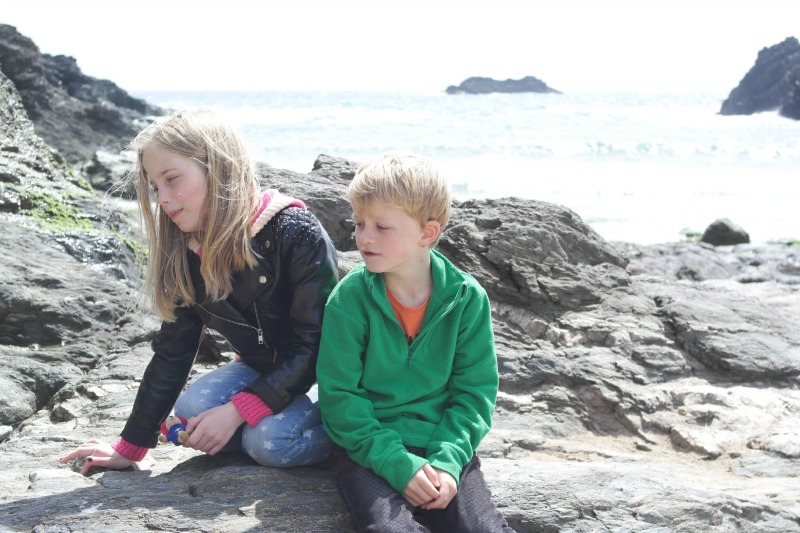 We debated what to do; it was getting late, the day not warm. Should we take him home and make him ours, or was he not ours to take? There were pleas, and angst, before – reluctantly –  the small figure was placed back in the circle, to await the return of his rightful owner. 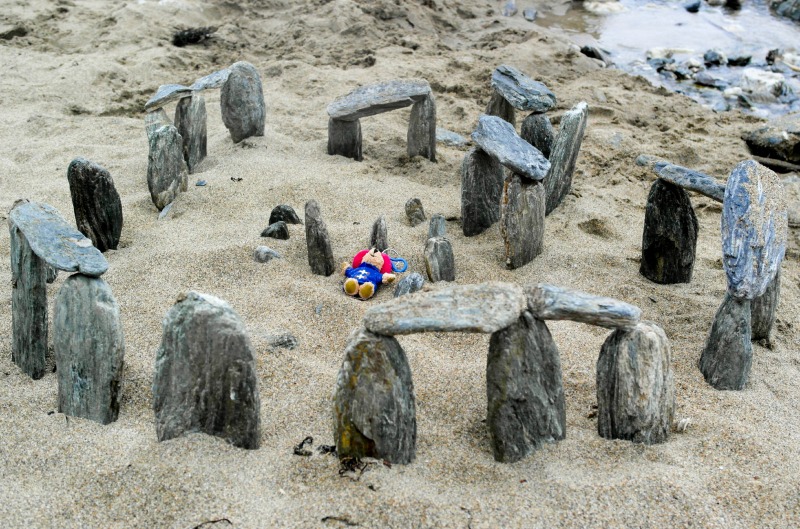 Heavy hearts were revived by a rather lovely game of chess, a glass of something special, and some Devon cream on freshly-baked warm scones. 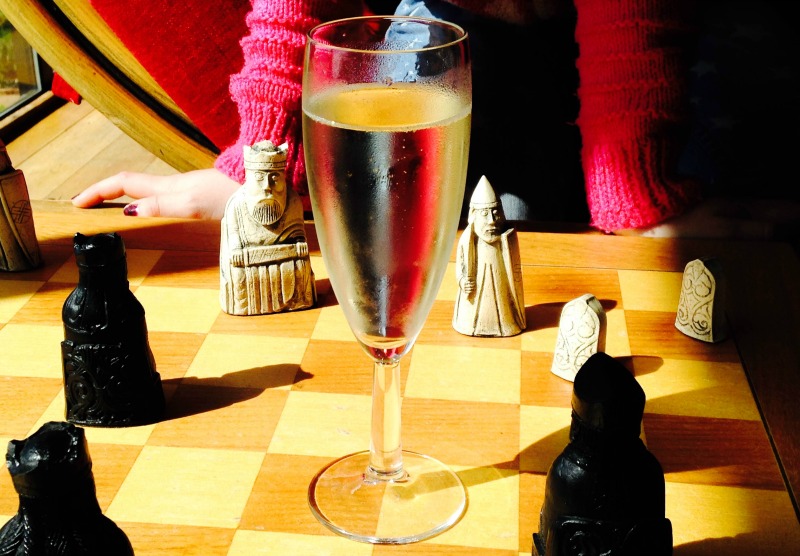 Sad faces were cheered by creamy chocolate milkshakes, and the thought of the bear’s next adventure. Bet he would have like the homemade marmalade for breakfast though… 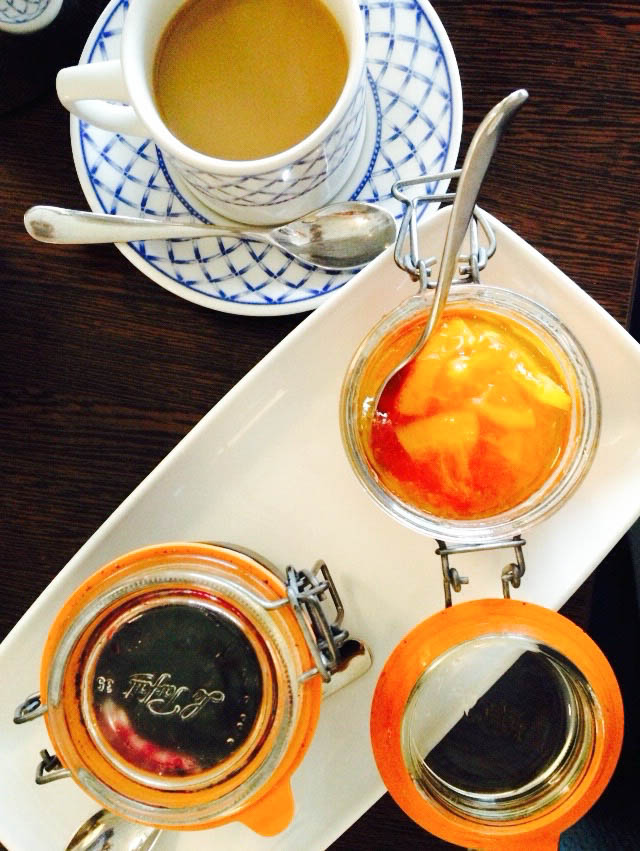 For this adventure, we were guests at the lovely Soar Mill Cove Hotel.