My kids made a computer! Kano review 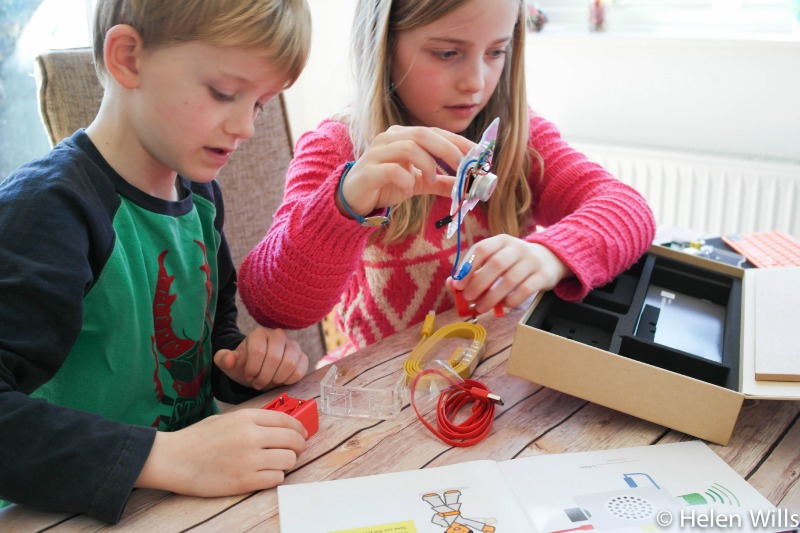 My children scare me.

They are only ten and seven years old, and yet they baffle me on a daily basis. And I’m not just talking about their command of the French language, or their impressive grasp of binary arithmetic (who ever uses that beyond primary school anyway?)! No, these kids know how to code a computer. They tell me weekly about some new game they’ve made in their lessons, using Scratch, or a trick they learned to floor their opponents on a game they created.

I confess it makes no sense to me, so I nod vacantly and pray that the school know what they’re doing by unleashing a generation of canny young minds into the back of their IT systems. As young as Reception year, GG had programmable BeeBots on her Christmas list; the Bug, at 7, regularly creates games on his iPad using Tynker’s coding blocks; and my daughter can make animated mermaids twirl across her screen as they sing out loud about merboys and glitter. My mind is beyond boggling, and has catapulted me into a state of blind faith.

So when Kano sent us the tools to make a computer, I stood around nervously, as my children got to grips with it. They didn’t bat an eyelid. In fact, such was the aplomb with which they unpackaged and assembled the Kano kit parts, I had to slow them down in order to get the requisite photographs. Being a blogger’s child is just too irritating at times. 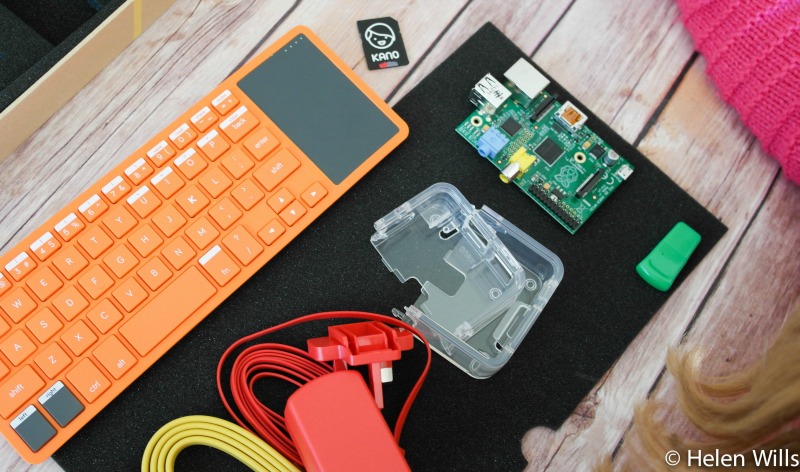 The kit components are simple, boldly coloured, and easy to handle. In the time it took me to decipher the instructions (the perfectionist in me requires a ‘read first, then follow the steps’ approach – I’m brilliant at flat-packs), the kids had the whole thing assembled, with the speaker telling them what to do next. If they had followed the instructions though, they would have found it just as easy: 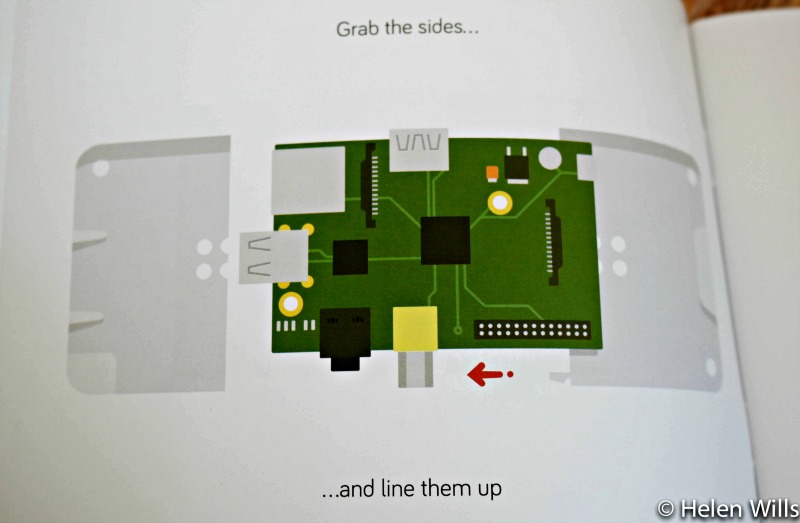 They figured out pretty quickly that the finished article requires an HDMI-enabled screen (listen to me – I do know some jargon!), and before I could offer to help, they were off to unplug the X-Box so they could unleash the real power of Kano: 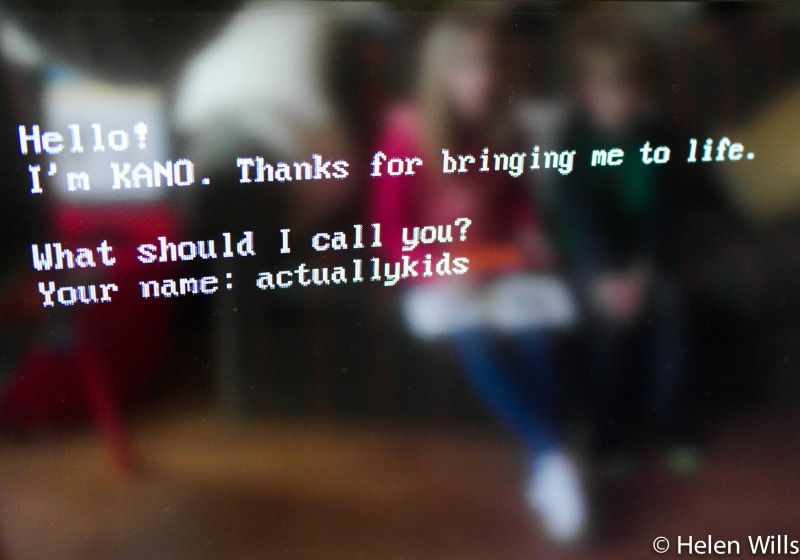 Learning how to code

That’s when the fun really began. The instruction booklet took them through the steps of adding blocks of code to create the Snake game, but it wasn’t long before they were coding up the ability to add extra lives, change the colours, and even freeze the snake while they moved their player to a better position. Now I know how all those ‘cheats’ worked when I was ploughing my way through endless games of Tomb Raider in the 90’s!

Next came Pong, which I totally thrashed them at, having been brought up on Atari tennis in my own formative days. They soon figured out a way to get rid of me though; apparently, if you click ‘b’ Player 1 automatically wins; if you press ‘h’ the ball rebounds on your opponent’s side and you never have to hit it back – you win again; and if you click ‘w’ the ball goes so fast you can’t see it, and the points pile up to the trillions in the time it takes you to make a cup of tea – another winning strategy.

So now, not only do my children know more about coding than me, they also have better ways of cheating.

I stand no chance.

You can see them in action, explaining what they’ve done, in this short video:

There is so much more we haven’t done yet, that I know it will be a while before they run out of ideas. In fact, I’m slightly concerned that by the time they’ve memorised and experimented with all the codes Kano has to offer, they will be ready to mastermind a complete cyber-takover of the household, and make me serve chocolate for tea.

In seriousness, Kano allows children the cool-factor of building their own computer, then takes them from simple coding steps, right through to more complex functions, in a way that totally demystifies the process and the actions. Kids can see exactly what different functions behind the scenes will achieve, and understand why they work. It allows them to get to grips with computer usage in a way that my unduly terrified generation never did; they know it’s just another language, and they get it.

Kano retails at £119.99 and you can buy it here. For more on the fascinating story of how Kano came to life, have a read of HPMcQ’s article; or check out what Domestic Goddesque thought of building a computer with her young girls. There’s also some helpful thoughts on putting Kano together over at Jennifer’s Little World.

Disclosure: we were given a Kano computer pack for the purposes of this review. All opinion, editoral, and images are our own.

You know your partner is a social media addict when…

9 thoughts on “My kids made a computer! Kano review”

Leave a Reply to Downs Side Up Cancel reply