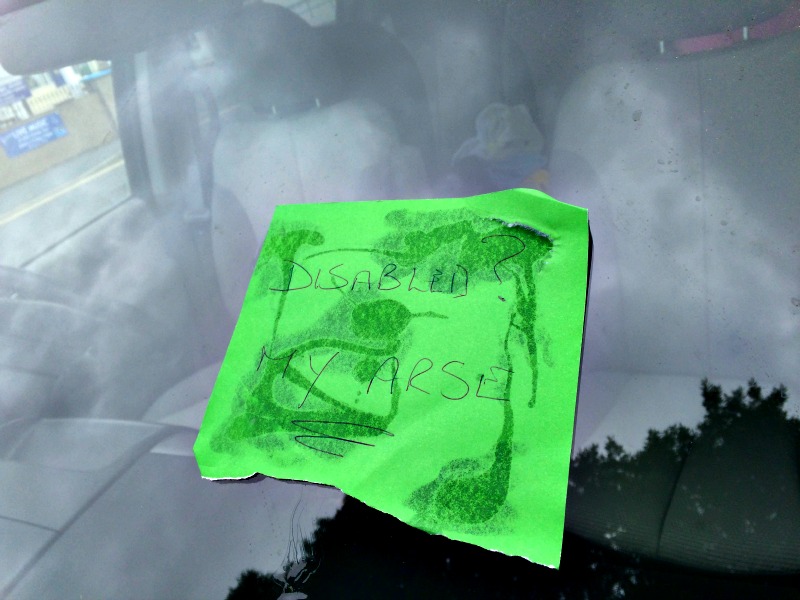 A few weeks after my daughter was diagnosed with diabetes she attended a disco. Shell-shocked by the realisation that Type 1 diabetes was not at all what we had thought it was, I was terrified. I had visions of her collapsed in the toilets in a coma caused by low blood sugar, with no-one missing her in the mayhem of 200 sweaty children. My son was in the younger children’s disco and I had to collect him, but I didn’t want to leave my daughter in the queue alone. She was new to this too, and had no idea what to do if something went wrong. The person in charge didn’t get it, and wouldn’t let me take her in. All she saw was an excited girl looking perfectly healthy, and a paranoid mother who she thought was over-reacting. She knew about diabetes and it wasn’t that big a deal.

I was judged that day, and so was my child. And I soon realised that the judgement and perceptions of others is an enormous part of learning to live with diabetes. It’s understandable really, and I think it’s a twofold influence that causes people to make assumptions based on gut, rather than knowledge.

Firstly, the media. How many times are we told that we shouldn’t believe all we read in the newspapers? And yet we do, because it feels comfortable. We’re told it so many times, it must be true, right? No smoke without fire. And that’s the second influence; our own need for reassurance and security convinces us of what to believe. Our desire for self-preservation, and the safety of those we love causes us to make a judgement which is often false.

I’m grateful to diabetes in no way but one. The one lesson it has taught me is never to judge. Because I was a judger just like so many others. And my game has changed. Before, I would have judged people I didn’t know, just to feel better about my own chances.

That young boy who crashed his car before Christmas and died? Probably speeding, maybe had one too many, music was too loud, checking his texts as he drove into a parked van. It could never happen to me or mine, because we’re smart and sensible. But, what if his foot slipped on the pedal, on a wet night; maybe he was blinded by someone with a beam coming the other way; possibly he was newly qualified, nervous, and made a mistake; perhaps he had a sudden brain bleed out of nowhere, like my friend two years ago. Things happen.

The child who can’t be moved if he has an allergic reaction to food, in case he goes into respiratory arrest. Must be a really severe case, practically unheard of, could never happen to me. His parents are probably just neurotic. Or, he could be one of the growing number of people affected by severe food allergies, for reasons as yet unknown. His parents must be beside themselves with fear every day, and sadness that their boy is burdened with such complications while his friends are carefree.

The friend who has a serious medical issue in every single one of her children. Must be something in their genes, could never happen to us, we’re just ordinary people with nothing of significance in our family history. Except it did.

The picture above is not a stock photo. It’s a note fixed with superglue to a friend’s car windscreen. She had parked in a disabled parking bay, for a day at the  beach. Her family look completely normal. And they are. Apart from the Ehlers Danlos syndrome and Scoliosis that affects their mobility, and the PoTS and Pectus Excavatum that interferes with their blood pressure, breathing, and cardiac function. They are also dealing with Type 1 diabetes, and several food allergies, which means a lot of baggage, wherever they go. They have their blue badge for a reason. But on that sunny day, someone chose to judge, rather than to wonder.

We judge because the media tells us to. Diabetes is avoidable (not as true as you might think, and certainly not with Type 1) and not a big deal these days (false, it’s an incredibly complex, and life-threatening condition); the disabled are costing the nation dearly, and half of them are frauds (also not true, according to actual statistics). If you hear something repeated enough times you tend to believe it, even if it’s not true. We judge because we think we know.

We also judge because we need to reassure ourselves that the awful things we hear about are unlikely to happen to us. And they are. But not because of our judgements. They’re statistically unlikely, but often you have just as much chance of it happening to you as the next person. There are things you just can’t avoid, no matter how much organic food you eat, how much sleep you get, or how many times you exercise. Even paragons of virtue get unlucky blows.

What I know now is that life is fragile, and we can’t always control our outcomes. There are two things we can control though. The first is how we choose to feel about the judgement of others. I have found that most people are willing to listen, and attempt to learn, if I am given the chance to explain. They will never understand, but I’ve learned to appreciate that they try, and I’m so grateful. Choose to feel supported by those people, choose to include them in your circle a lot, and open up to them when the opportunity arises. Others may not want to learn, and that’s ok too; decide what you like about them, and hang out with them because they’re funny, great with fashion advice, or because they like the same books as you. Occasionally you will come across someone who isn’t interested, thinks they know, and doesn’t get Harry Potter or or over-the-knee socks. Leave them behind and forget about them. Above all, don’t dwell, don’t let it hurt you. It’s not you, it’s them.

The other lesson is empathy. And kids, you both have it in abundance. You have learned resilience, and that’s going to be essential. But you’ve also learned to never underestimate what another person is going through. You may not know how they feel, or understand it, but you know that they are feeling, and you’re there for them. Be that kind of person, and you’ll be universally loved.

Every now and then I like to write letters to my children, in the vain hope that they might one day browse my blog, as adults, and take some small wisdom from it in their lives. In reality, I know they will learn their own lessons, brushing off any suggestion that I might have been there before them, but if just one small nugget makes it through to the other side and gives them something to think about, it will be worth it. And if not, at least I’ve got it off my chest!

Guess the cost, and win my exclusive craft shopping haul with E.ON

56 thoughts on “Judgement – a Life Lesson for those who are judged, and those who judge”