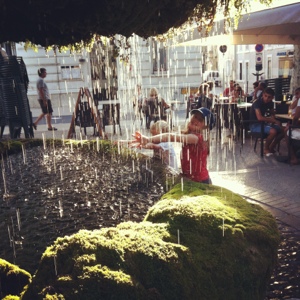 I like to think I’m an optimistic person. I don’t count magpies and assume the ugly thieves have the power to change my life. I put umbrellas up indoors – it’s practical when drying. And new shoes always go on the table for labelling before they make it to the cupboard under the stairs. It would be bad luck if they didn’t, given my children’s capacity for sending their stuff to lost property.

But recently I’m wondering whether I’ve accidentally offended the gods of fate. As some of you know, my 9 year old daughter is dealing with a recent diagnosis of Type 1 diabetes. I won’t lie, it’s tough going right now. So you’d think that would be enough to be focussed on. But no, it never rains, as they say – it pours.

Every single thing that could be going wrong, appears to be queueing up for its turn to poke a metaphorical tongue out at us. Here’s a recent sample:

Perhaps I’m simply attaching more significance to the negatives in my life at the moment. Would I have thought anything of my fridge door spilling raspberries all over the floor, if it had happened 6 weeks ago?

As I type, my daughter is upstairs in bed, spiking blood sugars alternating with hypos, fighting a virus that has wiped her out. “Why is this all happening to me?” she queries, and I have no answers. But then I receive a barrage of texts from my bedroom, where she has taken possession of our super-kingsize bed. She is, at least, capable of using her new phone – her pride and joy in all this chaos:

So maybe it’s not all bad. At least the poo is still smiley.

Although at this very moment the bomb squad have a house over the road cordonned off for controlled explosions. You could not make this stuff up. It never rains but it pours.

Anyone know of any deals in the sun?

How I survived Brownie Camp