Can we get Mum running for Sport Relief 2014? 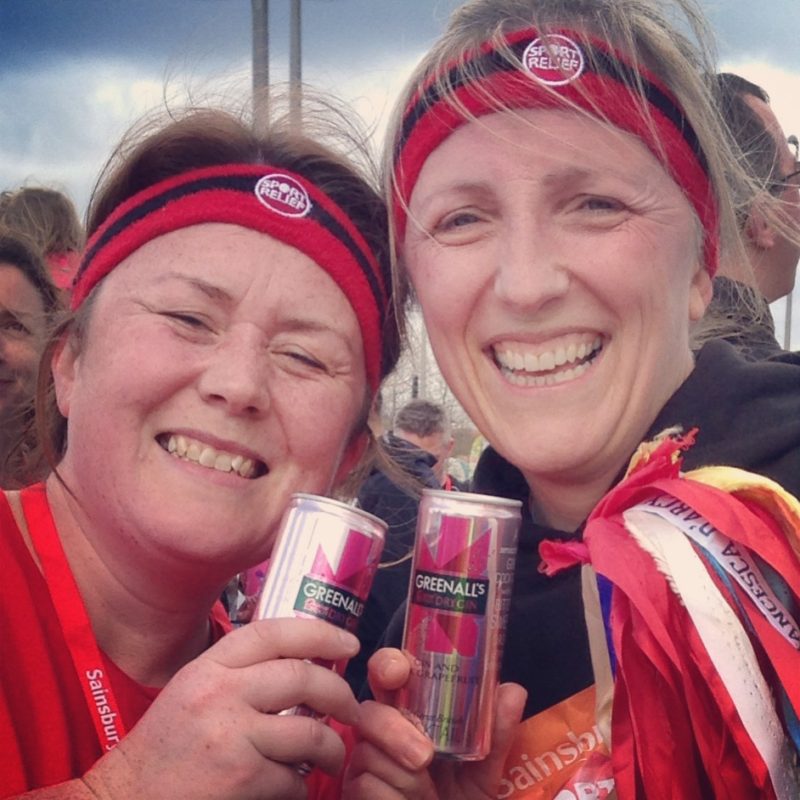 She was not a runner. She hated this winter term, when tennis was long-forgotten, and the hockey pitch too wet to play on. Cross-country running: the words struck nausea into her belly, her ribs and shoulder twitching with the learned weekly stitch she knew would develop the minute trainers hit pavement.

She wasn’t a rule-breaker though. She couldn’t follow the short-cut girls through the housing estate; besides the PE teachers varied their lookout points so you’d never know whether you’d been spotted until you returned, red-faced and heaving, to the smelly changing rooms and the sting of hot water on frozen thighs.

So she ran until the stitch kicked in every Friday morning; she ran in an aertex shirt and large red knickers – only the truly uncool wore the crimplene gym skirts for running. And then she walked in pain until she spotted the teacher, glaring into a steaming flask of coffee on a strategic corner. She was always in the last handful to make it back, and swore that as soon as she was free to run when she wanted, she never would.

It wasn’t until she was 43, dragging leftover baby weight around, that she flirted with the idea of running again. She fished her trainers out from under the bed, and took a spin round the park. The stitch remembered and came along for old times sake. But she persevered. For 4 years she walked more than she ran, gradually, almost imperceptibly, feeling a tiny bit less crippled on her return. Couch to 5k took her the best part of 3 Springs to achieve.

And then came Team Honk Relay. Sure, she could dress up and make a fool of herself on a scooter. But actually, could she do more? A blogging friend, Penny, was going to run 6 miles at the Olympic Stadium for Sport Relief 2014 – would anyone like to join her? Could she?

Well, run she did. It’s amazing what a bit of motivation can do for your willpower. Knowing that she was raising money, saving lives like those she’d seen on the Sport Relief programme 2 days before (and knowing that if she slowed to her usual walk Penny might overtake her), all made her run. She didn’t stop running for 1 hour and 5 minutes, until all those six miles were under her belt. And as she finished, she swore next time she could do more.

My mum is a runner.

Leave a Reply to That's my Mum Cancel reply