Yesterday we went to the zoo. The Bug turned 9, and his birthday wish was a trip to the zoo. Not a surprise. He is obsessed with animals. He longs to be the next David Attenborough, and I know better than to question his knowledge of the natural world. His school report this year said:

Evan has particularly shone during science lessons on animals this year, his subject knowledge is amazing and he has enjoyed sharing weird and wonderful facts with the class.

Proud mother alert. So it wasn’t a surprise that Whipsnade zoo was his choice. What I didn’t expect though, was the zoo’s newest attraction – the dinosaur enclosure!

Not quite Jurassic Park (thank goodness!), but as close to the adventure of this year’s biggest dino film as you can safely get, Zoorassic Park is the latest attraction to hit Whipsnade, and it’s impressive. The animatronics of the models are actually pretty realistic, and the ‘dinosaur keepers’ were very interactive, bringing the feature to life for jurassic fans.

One of the serious aspects of the attraction is the opportunity to tell children what the zoo is doing to keep today’s animals from the risk of extinction, and this was completely up the Bug’s street, as he acquired more facts with which to wow his new teacher next year. For example, did you know that flamingos get their pink colour from eating shrimp? We learned this when we did a sleepover at Whipsnade last year, and had an after-hours tour of the park. Occasionally, you will see a grey/white flamingo, whose colour has been diverted to her offspring as the baby bird takes all the nutrients. A fact my son was keen to remind us of!

The sea lions put on a fun show explaining why we shouldn’t litter, and the butterfly house goes to great lengths to explain that the stunning insects will land on you, if you let them, but shouldn’t be touched. They must have known it was his birthday, because he got lucky. Top tip – wear bright colours. 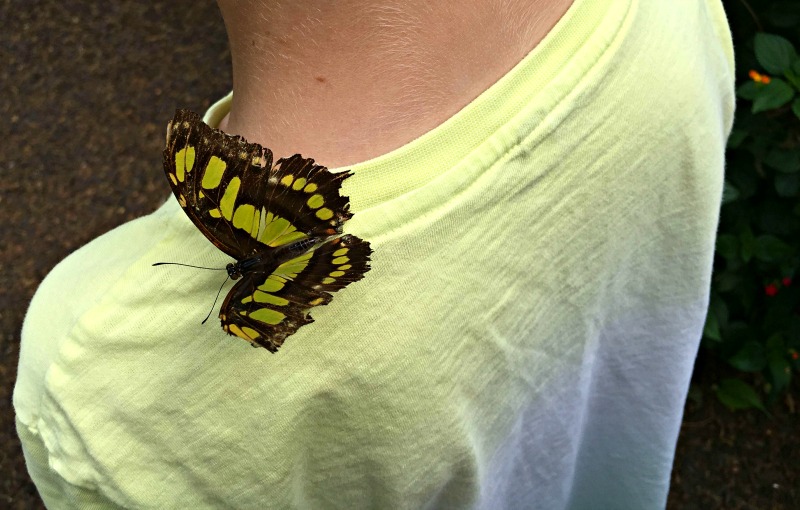 Next up he wanted to visit the cuddly creatures. This boy has more than 100 teddies (though some of them you’d be hard pressed to describe as such – whoever heard of a cuddly lobster?) and animals of the furry variety are definitely his favourite. However, he struggled to decide on his favourite as his usual choice, the red panda, found competition in his neighbour, the squirrel monkey.

Here’s where we get some more facts. The red panda is not, in fact, a panda, and has a lot more in common with the racoon, probably due to its tail, used for balance when climbing. I know this because the Bug knows this. And much, much more. Just wait, he’s planning a YouTube channel, inspired by a friend of his cousin, who works for Mr. Attenborough himself (by the way, if that was you, thank you for giving time and attention to a very fervent boy – if he makes it to his ambition, I’ll make sure he remembers to credit you). Poor old Stumpy here was born without a tail though. She seems to fare pretty well, nonetheless.

There really is no end to the cuteness at Whipsnade. There is a six month old baby giraffe that drew squeals of happiness from my daughter; there are otters who play otter jenga (apparently); and even the baby crocodiles are cute, as reptiles go. 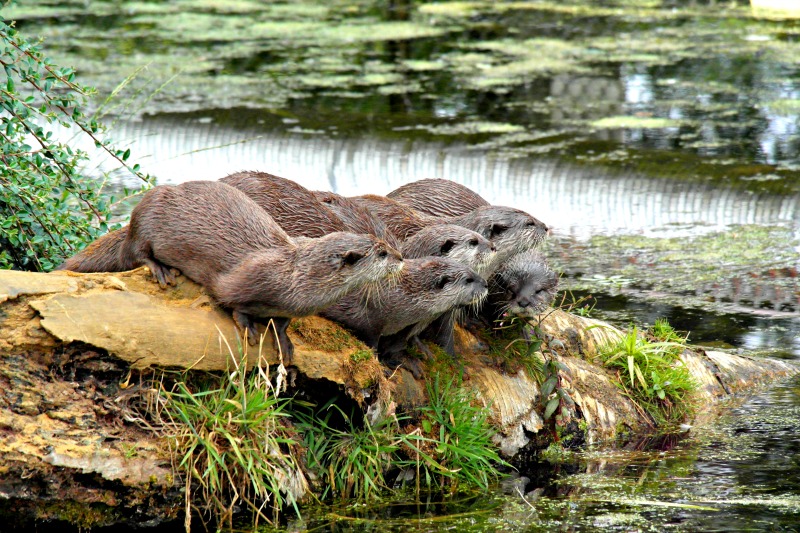 Have you been to the zoo yet this summer? I can (almost) guarantee happy siblings if you do. 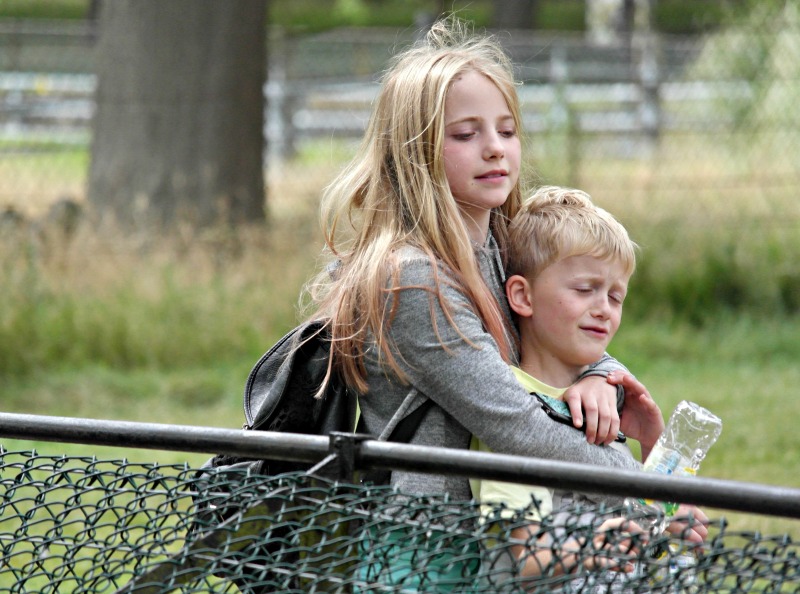 The Zoorassic Park dinosaur enclosure is at Whipsnade Zoo until 4 September. Standard entry fees for the zoo apply. Find out more on the ZSL website.

We were given complimentary entry for the Bug’s birthday, for the purposes of this review. All editorial, images and opinion are our own and may not be copied. 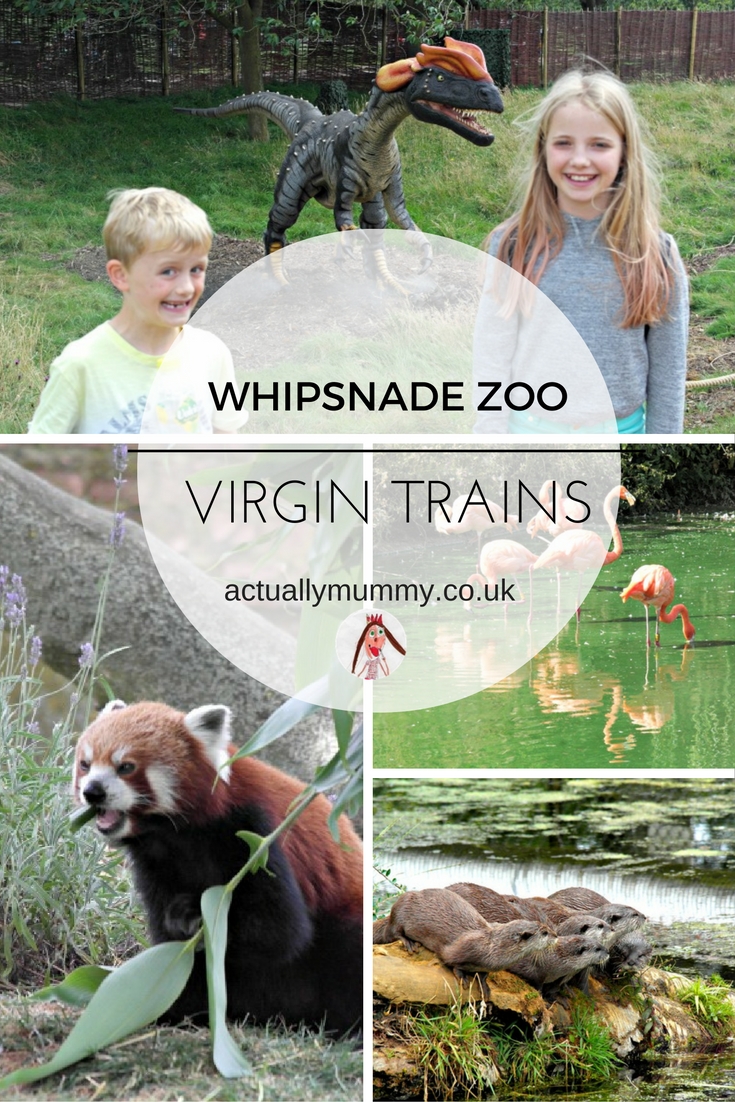 How David Lloyd will Save Me From Myself