Could you have Chefs of the Future? Tefal Cook4Me review 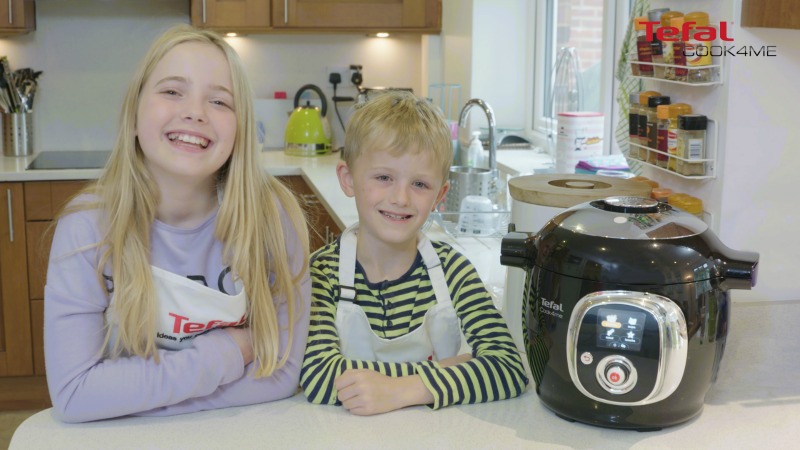 We’ve been letting the kids loose in the kitchen recently. They’re old enough now to know a few of the basics of preparing food, and both of them are really interested in creating meals, so cooking with the kids is much less stressful than it used to be when they were very young. What’s really made the difference though, is the addition of a new gadget to our kitchen. We’ve been working with Tefal to promote the Cook4Me, showing how easy it is to use by turning over the kitchen to the kids.

Looking for more family food gadgets? Read how family pizza nights have become legendary since we got the brilliant Roccbox pizza oven

The Cook4Me is a smart multi cooker that has inbuilt recipes to make cooking family food fast and easy. If you’ve ever seen a pressure cooker, the Cook4Me is a smarter, sleeker, and much cleverer version. With 50 pre-programmed recipes, from starters and desserts, to delicious main meals, there’s lots of choice, and the emphasis is on simplicity. You just turn the dial to select your recipe, and the instructions on the screen will take you through it step by step. Being a pressure cooker, it’s fast too. Take a look at this video of the kids making us a healthy sausage and bean casserole in just 20 minutes:

The recipes on the Cook4Me are straightforward in themselves, with dishes like beef bolognaise, sweet and sour chicken, and bacon and leek risotto, but the key to the cooker’s simplicity is in the instructions. The kids were able to use it easily, just by doing what the screen told them to do. 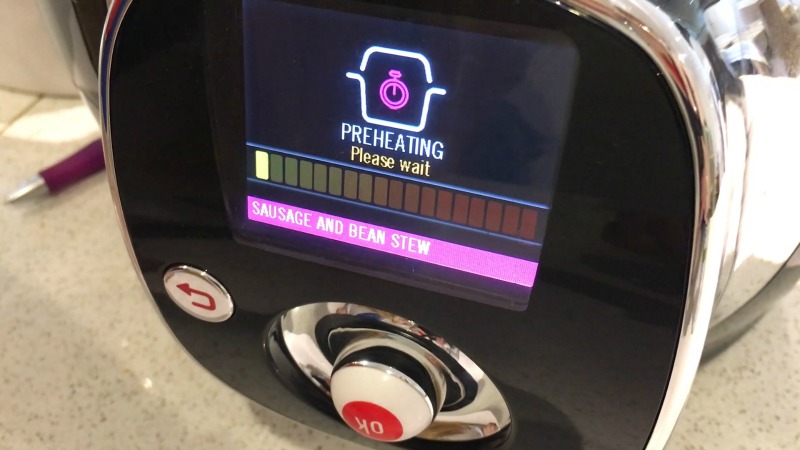 And the real joy is that once all the ingredients are in, you simply close the lid and leave the Cook4Me to do the rest – no stirring or adding – until you have a delicious family meal ready to serve. The sausage casserole is especially quick to prepare, but even some of the longer cook times still produce dinner in less than an hour, with a minimum of preparation before the machine gets to work and does the rest. There are lots of choices too, from casserole-style dishes to curries, soups and stir-fries, and even beef tacos. Unsurprisingly, the puddings were the biggest hits with our kids, and though I would have liked a crunchier, oven-baked finish to my bread and butter pudding, the molten chocolate puds worked brilliantly in the Cook4Me, with just the right level of moist, gooey chocolatey middle. I think we’ll be making those again! 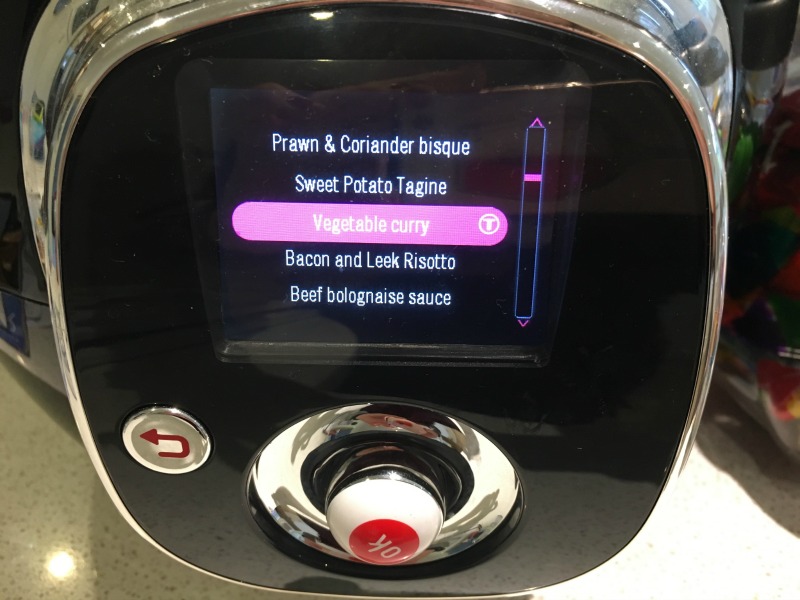 All the dishes we’ve made have been tasty, and have gone down well with the whole family, and though we don’t have the biggest kitchen, the Cook4Me has taken up a permanent spot on the worktop. Most of our kitchen gadgets live in a cupboard, only coming out when we want something specific, like ice-cream, or griddled steak. But we’ve been using the Cook4Me at least once a week; with a minimum of fuss and ingredients, and straightforward instructions, it really is a useful addition to our midweek cooking. The fact that the kids can make dinner is just a bonus!

Tefal have recently stepped the Cook4Me up a level with the Cook4Me Connect – it’s the same easy device, with even more recipes, and bluetooth connectivity so you can download lots more dishes from the Cook4Me app straight to the cooker. Take a look at Tefal’s Cook4Me page for more information and to find out where to buy. The Cook4Me has an rrp of £249.99, but there are some good online deals at the usual retailers.

*Our Cook4Me was courtesy of Tefal for review, and I have been working on a paid basis with them to feature our family using the cooker on their channels. All opinions in this review are our own. 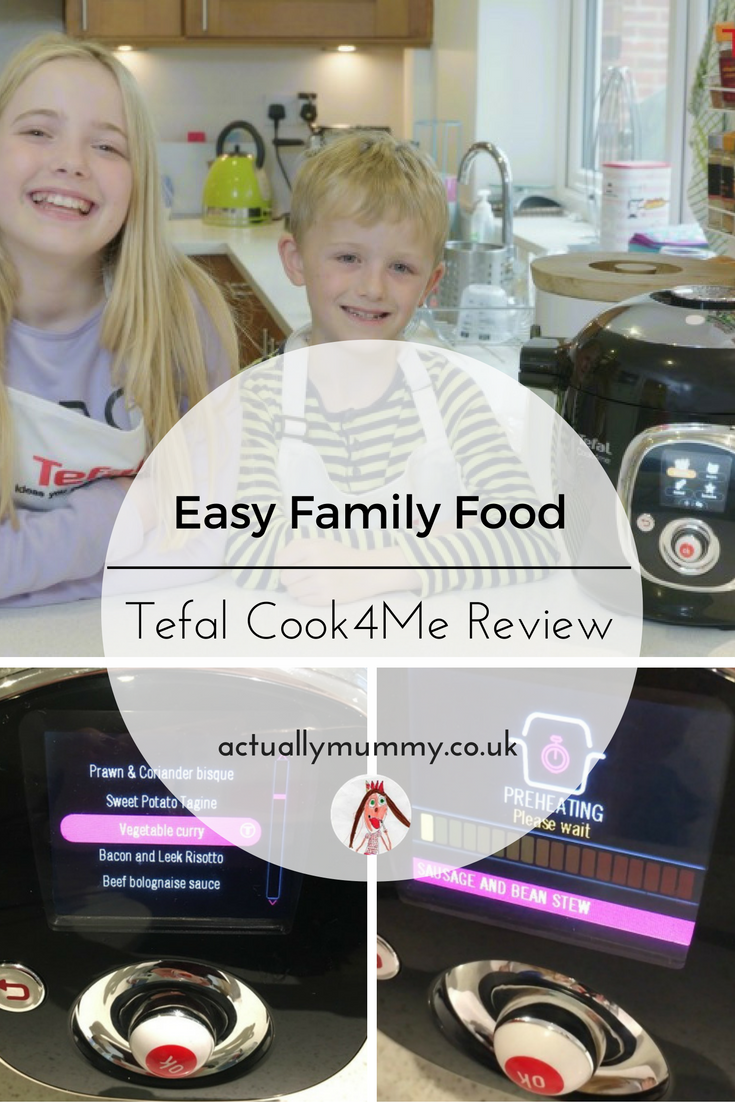 8 ways to Style a Christmas Jumper

3 thoughts on “Could you have Chefs of the Future? Tefal Cook4Me review”