…If I could have one day to myself I would…

Britmums is the voice of Mummy bloggers in the UK, and each week they issue a prompt, a nudge, if you like, to get bloggers thinking about what they might write. Mummy has, this far, failed to join in, not because the prompt doesn’t inspire her, but because it hasn’t inspired me. This week is different…

Lots of Mummies on Britmums are talking on their blogs about how they would have a lie-in. If I were left to my own devices for a day, I would wake up as early as possible. I would read my way through my bookcase, knowing every word already, but still savouring the time alone to read. I would make lots of noise before 7am, because this is my day, remember!

At some point I would get hungry and head for the kitchen, where I would make pancakes with maple syrup and blueberries. I would actually make them, from scratch, all by myself. Not just counting the numbers on the scales, and having a quick stir of the batter, but actually pouring out the flour, the milk, breaking the egg. It would spill, but it really wouldn’t matter, because honestly – what’s a little mess when you’re having this much fun?

Next I would go grocery shopping. Yes, I know that Mummies hate this but children don’t! I would push the trolley round the supermarket, choose everything I wanted from the shelves, including a trip down the toy aisles and the seasonal fancy-dress. I would buy a plastic pumpkin, black eye make-up and fake blood. I would fill the trolley with garish sweets and chocolate spiders. I would be allowed to put everything into the trolley, even the soft fruit and eggs, and I would weigh everything on the special scales before I dropped it in. I would definitely use the self-checkout. 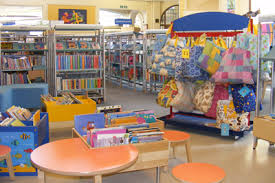 Next on the agenda would be a visit to the library. This is my idea of heaven and I would stay here for the rest of the day. I would systematically work my way through Rainbow Fairies, Silver Dolphins, Horrid Henrys, Enchanted Mermaids and the Chronicles of Narnia. The staff would bring me pink milk and Party Rings whenever I was hungry, and there would be an endless supply of Haribo.

When the lights went off and I finally had to leave, I would call for a limo to take me to Wagamama, where I would order my usual, Mini Chicken Katsu, with noodles, not rice. Ideally I would stop off at Disneyland on my way home, just in time to see the parade and have a VIP hour on the rides, but let’s be realistic; I’m in my home town and Disney doesn’t fit with Wagamama.

Once home, you’d think I would be tired, but no – I would take a bath completely alone, with at least half a bottle of bubble bath, and no Bug there to tangle with my feet. I would end the day with an enormous bowl of popcorn, with salt, and I would watch all 3 High School Musical films back to back. I’m sure I wouldn’t want to go to bed, so I would eventually fall asleep on the sofa, and wait for normality to wake me in the morning….

All the things I’m not allowed to do – a perfect day….