Guest post from Netmums Author Hollie Smith: Advice for parents on how to deal with friendship issues 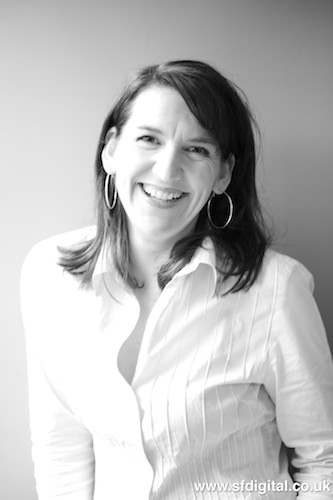 I have never hosted a guest post before. I’ve had editorial from brands and companies on here occasionally, but I’ve never actually hosted another blogger. And not just any old blogger, either. A proper, bona fide published author-turned-blogger.

I first came across Hollie Smith when I offered to review her Netmums Ultimate Baby & Toddler Q&A book. I thought that me having been an example of her subject matter not long ago, and an occasional comic to boot, would see me well-placed to write a riveting review. Time will tell; I’m up to the chapter about cutting baby’s nails, and I have a revelation that will see readers altering their hitherto golden view of Mummy!

Hollie sent us a copy of the book, but then she emailed us to ask for blogging advice. “WHAT????” I hear you bellow. “The Hollie Smith, Netmums author and actual journalist, is asking you, an irrelevant 7 year old blogger for advice?? Whatever next? A publishing deal for children??” Well, yes actually, but that’s another story…

Anyhow, and getting back to the point, parents of girls will know that we can be a bit peevish with each other from time to time, and I have not escaped the teasing and goading of my peers this year. It’s hard to deal with, and Mummy likes to blog out her parenting frustrations. Given that lots of the school parents read this blog though, she is aware that this could get messy, so it is timely that Hollie’s guest post should rock up to our inbox containing good advice for parents on how to deal with friendship issues:


When you’re a parent you feel your child’s every little agony, just as surely as they do. And few things are more painful than when they fall out with a friend, or face exclusion.

Why does it hurt so much, when they come home from school and say that so-and-so wouldn’t play with them, or such-and-such called them Big Ears? Presumably because a fierce familial love and hardwired need to defend and protect them kicks in – just as it’s supposed to. And maybe too because a chord chimes inside us that we haven’t heard since our own childhood ended. Who doesn’t remember the pain of being left out, belittled, or pushed away sometimes by their peers?

Either way, it’s hardly surprising if it makes us upset, or sparks a burning wish to seek retribution against the monstrous perpetrator – be it another toddler who’s just ripped a toy out of your little one’s arms, or a bitchy adolescent who’s sent a spiteful message to your sensitive teen via MSN.

But social ups and downs are intrinsic to childhood: something our kids are going to experience to one degree or another, just as we all did. They’re part of life’s rich pattern. The way the cookie crumbles. It’s hard, but – in most cases – our best bet will be to step back, resist the temptation to wade in, and let them deal with these friendships difficulties as best they can on their own. And actually – in most cases – that’s exactly what they’ll do.

What can we do to help? Listen hard, maybe; let them know you’re there if they need a hug or want to talk about it (and let’s face it – often they don’t). Give a little extra love and attention by way of compensation. Big up the friends they haven’t fallen out with. Empathise – perhaps by recounting tales of tricky times when we were kids. And remind ourselves that conflict can actually be a positive thing: a learning curve, albeit a steep one, and good preparation for later life, when shit most assuredly happens. (We should also steel ourselves for the very real possibility that our child is not without blame – or even that they are the monstrous perpetrator. Uncovering the actual truth of the matter, as discreetly as we can, will no doubt be a priority.)

Things not to do? Brush it aside completely. Tell them to pull themselves together. Attempt to have it out yourself with the ‘enemy’ – or one of their parents. Rush to their school and demand the head metes out justice. Suggest they ‘give as good as they get’ – or push them to make peace if they’re not ready to. Let them see quite how darn hurt and angry it’s made us feel.

I know it’s easier said than done. In parenting, everything is.

Chances are, if you are a parent, you will already have one of Hollie’s books sitting on your shelf somewhere. If not, Mummy recommends Toddling to Ten as a life-saver for anguished parents. She also loves Hollie’s blog for it’s mixture of advice and brutal self-honesty, proving that even published parenting authors sometimes don’t have all the answers…

Have you written a post with advice for parents on how to help children deal with difficult issues as they grow up? Do you have experience of a child suffering with bullying or self-esteem? If you have written anything which you feel could help another parent, please click on the linky tool below and link your post here for other parents to find.

I know about God: Wot So Funee?

10 thoughts on “Guest post from Netmums Author Hollie Smith: Advice for parents on how to deal with friendship issues”