Why cheesy holidays are good for your soul

A long time ago, I used to write in the voice of my child. A bizarre concept, I admit, but it made me laugh, and preserved my memories. It made other people laugh too. Either that or they all commented because they were building their own fledgling blogs, just as I was, and needed the visits! I like to think it was the former. Anyway, I was cleaning up my draft posts – organising the loft, as it were – and I came across this. I think she was around 6 years old. It made me smile. So indulge me, will you? After all, what’s a blog if it’s not first the author’s personal diary..?

It was my best holiday ever! Granted I had very little to compare it with, given my tender age, but still – it was the stuff a young girl dreams about! Once upon a time, Mummy and Daddy frequented such grand locations as the Maldives and Dubai, but with the advent of the Bug and me and the loss of a major income they were compelled to make less glamorous arrangements.

They tried apartments – cramped and still expensive. Hotels were out – the prospect of sharing a room with us not attractive. Then 2 years ago, and against all advice from villa-loving friends, they booked a camp site holiday in France. Daddy drove us there, with a super-dull stopover in the Loire valley for wine-tasting (honestly, why would anyone drink wine when they sell Orangina over there?).

Exhausted and fractious, despite the best interventions of the ‘elements of joy’ (the Bug’s definition of an iPad!), we trudged into our mobile home, whining about having to give them up. Ten seconds later we were in our element, having spotted the bunk-beds we were to share. Nothing has ever been so exciting! M&D quickly downed the wine in the welcome pack and dragged us away from our den for some dinner.

An hour later as we finished our tea, M&D groaned as we excitedly scampered over to the stage where a giant pirate and a grotesque pink fairy-bear were performing a dance. I say a dance, but it was more like some kind of ritual involving crazy limb movements and frequent chants. My brother and I had it mastered like professionals within half an hour!

‘What have we done?’ Mummy’s head was in her hands. ‘How will we cope with this night after night? We should have remortgaged and gone for the Seychelles!’ Daddy drained his glass and ordered another bottle. ‘Excuse me,’ said the couple at the next table. ‘We couldn’t help earwigging, but we just wanted to say, we felt exactly the same as you 10 days ago. Give it time – you’ll grow to love it.’

The next day I wanted to do everything: pony rides, water-slides, club games, dance rehearsals and more. I’m pretty sure I could have fitted it all into a day, but M&D wanted to sit by the pool. Fine with me; I went back to check on them a couple of times, but they seemed happy so I left them to their books and did another 10 runs down the water-chute.

That evening, after fresh baguettes, cheese that smelled like my brother’s socks, and more wine, my mother put her best top on. I looked closer, and she was even wearing make-up. I swear I saw glitter. “What, are we going out? Again?” I was incredulous. Once month is usually all they can muster the enthusiasm for. “Oh totally,” declared my Dad. “I’ve nearly mastered the Macarena, I’m not stopping now…” 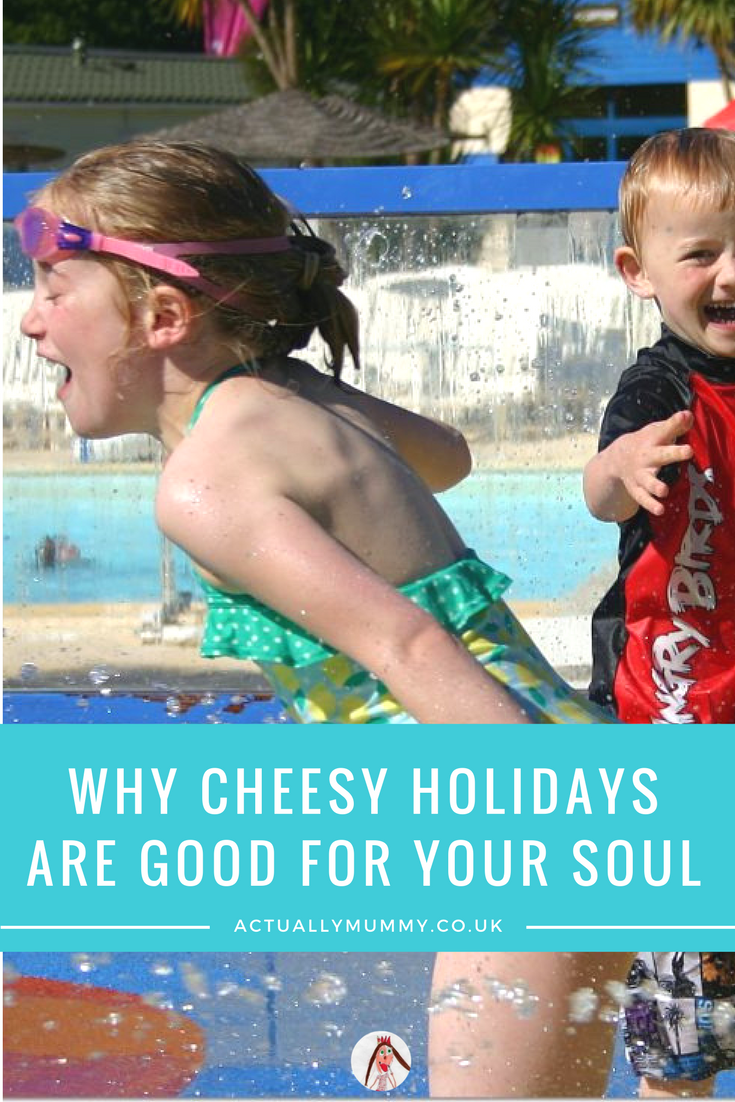