What do Mumsnet, Lush, and Liz have in common?

Eight years ago today, sometime around 4am, Mummy sat with me – her 22 day old newborn – strapped to her chest, whilst both of us howled in despair. I had reflux, and howled in either pain, or hunger. Mummy was just exhausted and wanted to give up. In desperation Daddy searched for support online, and found the Mumsnet “breastfeeding with reflux” forum. We sat  there in the small hours reading the threads, wondering if we should buy the American meds they recommended, and hoping to see a small light at the end of the tunnel. In the end, Mummy gave up, and I became a bottle-fed baby. For this she received harsh criticism from the forum members, and left Mumsnet feeling bitter. 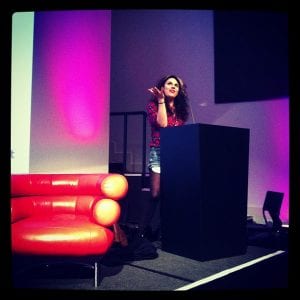 Yesterday Mummy went to the first Mumsnet Bloggers Conference Blogfest. In honesty, she went for the speakers, most notably Caitlin Moran. She made a fool of herself by wondering where she had met Tanya Byron, before realising it was via the medium of TV. She knew of Liz Jones’ reputation for being controversial, and was vaguely interested. And a tiny bit of her wondered what “mumsnetters” would really be like.

Initial impressions are not always a good indication of character, we are often told. And so it was yesterday. The speakers did indeed make for an incredible line-up. Mummy no longer takes notes at these events, preferring to meet people, network, and come home armed with only the tips that stuck firmly in her mind, rather than reams of paper notes that will languish at the bottom of an immovable pile. So here is what she gleaned from the first ever Mumsnet Blogfest:

Here is the important part: one should not judge a book by its cover, nor even by its first few chapters. The Mumsnet forum has a reputation for being fierce, unforgiving, and a bit like a pit-bull – fight first, think later, or not at all. We have certainly watched in voyeuristic fascination as colleagues have been put in their places. But over time, the Mumsnet moderators seem to have improved at overseeing their members and ensuring fair comment.

We have a new-found respect for Mumsnet, partly because of an incredible first bloggers event, but largely due to founder Justine Roberts. Somehow, Mummy ended up in a long conversation with Justine; too much wine prompted her to divulge her early experience at the hands of the breastfeeding forum, and her concern that a few are damaging the Mumsnet experience for others.

“I’m embarrassed that our members would behave in such a way to a new Mum, I’m so sorry,” was Justine’s main concern.

They chatted about blogging in general, about the speakers, about her own desire to stay out of the lime-light, and about this blog, and some of its posts. For a first meeting this length of one-to-one conversation with an unknown blogger felt rather unprecedented. This is a woman with a conscience, with respect for others, with a desire to talk to those around her with genuine interest, no matter where they stand in the blogging or media rankings. Mummy is a convert.

How does that relate to Lush? Well, we are prompted to mention them because of something we found in the Mumsnet goody bag: 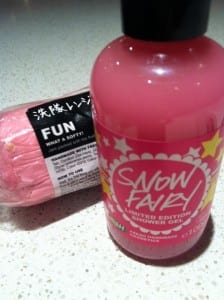 Mummy feels similarly to Lush as she does to Mumsnet. Does that sound bizarre? Yes of course it does, so here’s an attempt at explaining. When Lush first arrived on our high streets 18 years ago, Mummy couldn’t walk past it without reeling at the over-scented and over-priced bath confections. For years she steered well clear, until gradually she became aware of their ethical and humanitarian goals. When finally the arrival of a pre-teen daughter made a visit to Lush mandatory at least once a month, the company’s products grew on her. Not only that, but the levels of service and attention dished out by the cheerful staff gradually coaxed her into submission, and allowed me a window of opportunity to convince her that I needed a Lush birthday party. 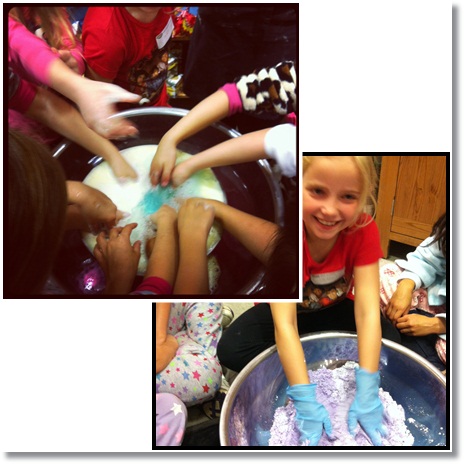 Whatever you do with your pre-teen daughters, make sure they have at least one Lush birthday party. Lush totally have the answer to what makes a young girl tick – (natural) cosmetics that look pretty and smell strong (don’t forget, we haven’t yet learned the art of subtelty), shopping – every guest gets £10 to spend on products, dispensing with the need for a party bag – and staff that deserve medals for their ability to maintain a cheerful demeanour whilst fending off 8 year olds in a non-agressive manner! 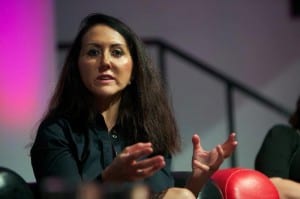 So you see, first impressions are rarely correct, and it is always worth delving a little deeper before making a final judgement. Which brings me on to Liz Jones, a lady who, over the last few days, has done little to impress parent bloggers. The “controversial” Mail columnist has made sparks fly today with derogatory online comments about the event and its attendees. Mummy was expecting to see a strong and dynamic personality, full of opinions on life. What she saw instead was a very damaged woman, with apparently little happiness in her privileged but empty life. Perhaps instead of reviling her, we should all feel a little sorry for her.

Never judge a book by its cover. As Caitlin Moran said, if you don’t know how your final paragraph should resolve, go back and read not the title, nor the first chapter, but the second, the one that goes a little deeper; you will find all you need for your final judgements in there…

Disclosure: this was not a solicited post. We paid for everything we talked about in here, apart from the priceless time with some very cool, intelligent, and inspiring women.

55 thoughts on “What do Mumsnet, Lush, and Liz have in common?”