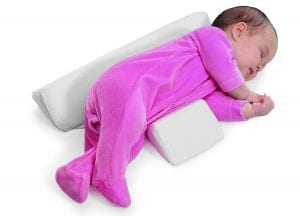 The news today tells me that baby sleep positioners have been declared unsafe by the FDA, and have consequently been withdrawn from sale by most trusted retailers, John Lewis being one. It’s no longer relevant to me, as a mother of two older children, but I’m going to tell you why I think it’s not a simple decision to make for so many parents.

My baby was three weeks old when she nearly died. She was asleep in her rocker, one of those which lie flat – we’d taken all the advice about keeping a newborn safe, to the point that we were chilly with our thermostat set to 18 degrees. Your baby’s life is the most important thing, right?

I was sat right next to her, eating dinner with my husband and my mother, who was visiting. I don’t know what made me look down to my child when I did, but as I looked, I could see that her mouth was full of the curdled lumps of partially digested milk. She had ‘posseted’ in her sleep, though we later learned that she had reflux, a painful condition which caused her to bring up large quantities of her feed.

I went to lift my daughter out of her rocker, and as I did so, her eyes flew open wide, and she was clearly distressed. What happened next probably took mere minutes, but it felt like a lifetime. Her face turned red, and I realised she was choking on the lump of milk in her throat. I held her as my husband whacked her on the back so hard I thought she might break. It didn’t work. She turned purple. Her eyes were bulging. I screamed at him to call an ambulance. I was certain we would lose her in the most terrifying way.

I will always be thankful that my mum was there that day. She yelled at me to turn my baby upside down, and without thinking, I did. And just like that, the blockage came away, and she could breathe again.

The ambulance arrived and took us to hospital, where we stayed for three nights while they monitored my child, and eventually diagnosed her with reflux. The nurses tilted the head of her cot, and rolled up a blanket to position her so she wouldn’t roll down to the bottom. They hooked her leg into it, so she was angled on her side. It would make her less likely to bring up her feed, they said. If she did, being on her side would allow the milk to spill out of her mouth, instead of blocking her airways.

For the next 6 months, until she was established on solid foods, she slept like this, with a baby sleep positioner just like those which have been declared unsafe today. For 6 months I lived with the fear that she might choke while I wasn’t watching, while I was asleep, and could do nothing to rescue her. Every morning there was regurgitated feed in her cot, by her mouth. I can’t say that that sleep positioner saved her life, but I feel very strongly that it did.

I’m not telling anyone to use a baby sleep positioner. But I do wonder what other recourse parents have when their babies suffer with reflux like this. Would I make the same decision today, having read the news? I think I would.

To put it into context, our consultant paediatrician told us to consider letting our baby sleep in her car seat, instead of a cot. I was horrified. All the advice told me that she needed to lie flat, to avoid damage to her back and neck. “That’s right,” said the consultant. “But you don’t have a perfect baby. Your baby has reflux, and right now that’s the priority, not her back.” She was right. I needed my baby alive. Other aspects of her health came further down the list.

If you use a sleep positioner for your baby, what will you do now?

This post is just my personal debate. It is not intended as medical advice. Seek the advice of a qualified professional before making your own decisions. 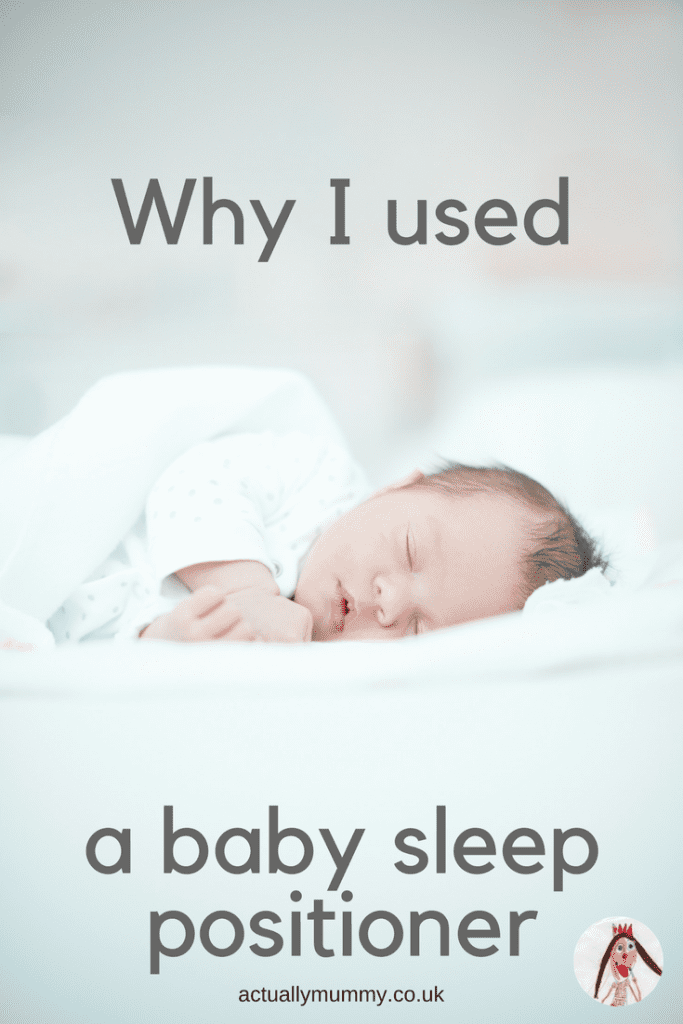