Teenage Kicks: Boys Get Eating Disorders Too – Sam talks about his Bulimia

Teenage Kicks: Boys Get Eating Disorders Too – Sam talks about his Bulimia

“I didn’t know I had an eating disorder”

Trigger warning: In this episode of the podcast Sam talks about his experiences of bullying at school, which led to him developing bulimia. I’ve brought this episode forwards because of the BBC documentary on Freddie Flintoff‘s experiences of the illness, and the subsequent support Freddie has received on social media. Freddie says in the film “Apart from my own experience I know nothing about it… I’m 42… and I still feel guilty when I eat.”

Sam Thomas is an award winning mental health campaigner, writer and public speaker. He lives in Brighton and is in recovery from bulimia and alcohol addiction.

I first found Sam in Happiful Magazine, where he’s a contributor on mental health issues, and specifically on his struggle with bulimia as a boy in his teens. In the UK alone there are 1.5 million people dealing with an eating disorder, and it’s estimated that 1 in 4 of those are male.

Sam is very open in this podcast episode about how his experiences of eating disorders began. Listen to the podcast to hear his very straightforward explanation of how he first began bingeing and purging. But it’s not just being sick that categorises bulimia. Watching the programme, and talking with Sam made me realise that other behaviours sometimes come into play when someone has bulimia, like restrictive eating, or over-exercising to compensate for food consumed.

What’s really interesting is Sam’s point about how eating disorders were always seen as a ‘girl’ thing – boys and bulimia just weren’t recognised by the medical system. It meant that getting help was even more difficult because of the stigma of being a boy with bulimia. After his recovery, Sam started a social media campaign #mengeteatingdisorderstoo to raise awareness of the lack of community support for boys and men dealing with bulimia or anorexia.

Why do eating disorders happen?

I also had a lightbulb moment when Sam explained that eating disorders are really not about weight. Listen to the podcast to hear his perspective explained so parents can understand what their child is going through, and how best to help. 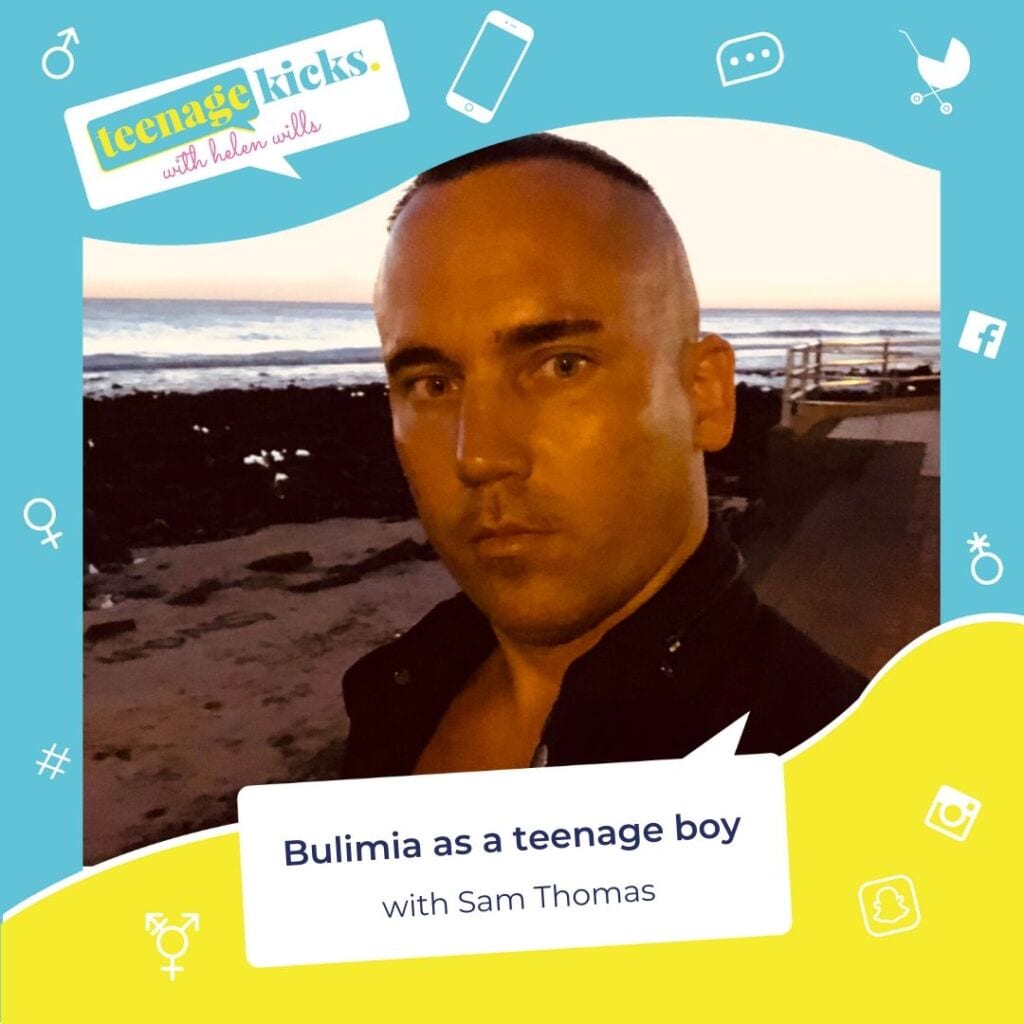 Now a speaker and writer on eating disorders in men, Sam has a really interesting take on how he eventually recovered from bulimia:

“It was a series of suddenlys. One thing led to another and the bulimia almost became redundant really.”

Listen to the podcast to see how things improved for Sam.

Where to find help with bulimia

“I’ve had challenges in my life to overcome, but they’ve all shaped me…”

Listen to the podcast to see how she’s put her experiences to such good use.

You can find the episode in your usual podcast app, listen online, or if you prefer, you can click the player below to listen right here.

Get more teen mental health support on the podcast

Thank you so much for listening! Subscribe now to the Teenage Kicks podcast to hear about the new series when it begins. I’ll be talking to some fabulous guests about difficult things that happened to them as teenagers – including losing a parent, being hospitalised with mental health problems, and battling an eating disorder – and how they overcame things to move on with their lives.

I’d love it if you’d rate and review the podcast on iTunes too – it would really help other people to find it. You can also find more from me on parenting teenagers on my blog Actually Mummy, and on Instagram and Twitter @iamhelenwills.

For information on your data privacy please visit Podcast.co. 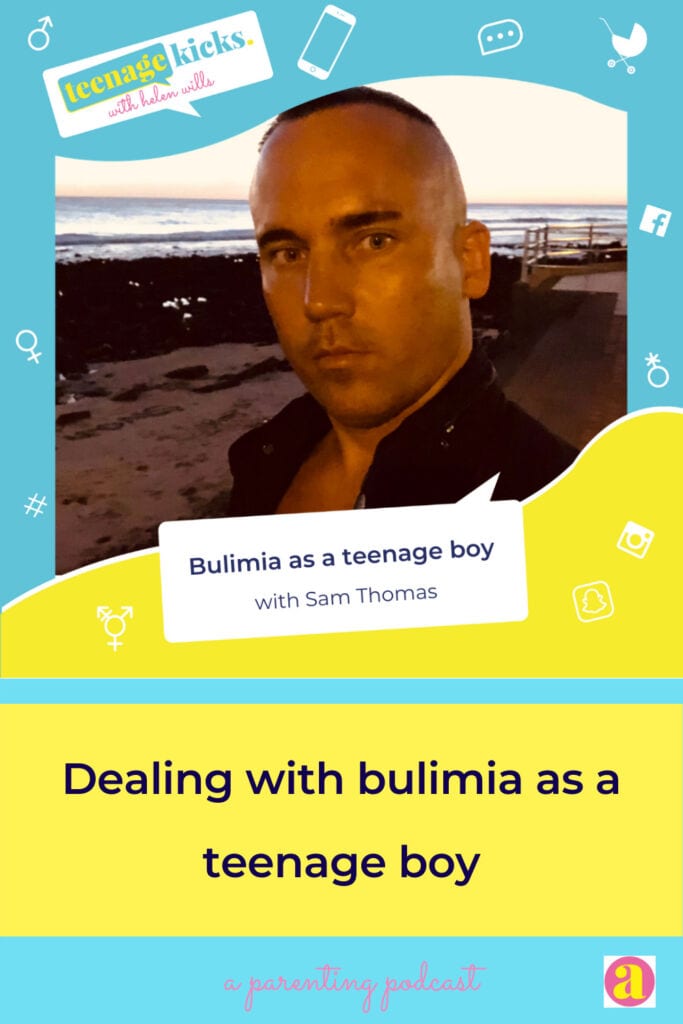 If you’re a parent of teens it can be difficult to know where to go for advice, to vent, or just to talk. So I’ve made the Teenage Kicks Facebook group, for all parents of teenagers to chat in a safe space. You can request to join by clicking the button below. It’s a private group and everyone in there will be a parent of teenagers.

Does your child have a mental health problem, or are you worried about some aspect of their behaviour? Please do email me on teenagekickspodcast@gmail.com if there’s something you’d like to see covered, or if you know of someone who had a difficult time as a teenager, and would like to be a guest on a podcast episode.

And if you’re stuck for how to engage with your teenager, this list of things for teens to do might be helpful.

Teenage Kicks: Overcoming the Stigma of Being an Overweight Teen

Can I Trust My Teenager to Stay Safe Online?