Two things stand out immediately when you walk past Ripley’s Believe It Or Not! in London. First, a model of the tallest man in the world, who has always freaked me out so much on nights out in Piccadilly; and second, this awesome Mini Cooper. This year marks a rather big birthday for me, and I love my soft top Mini, but I’d be prepared to trade it in for this one. And what girl doesn’t need a million Swarovski crystals for her birthday?

Once you’re inside the museum, there is no end to the OMG! moments, as you explore the giant and the tiny, the clever, and the just plain unbelievable, but true. Robert Ripley was probably the ultimate traveller, and souvenir collector, amassing a huge collection of extraordinary items over 35 years of exploring the world. The things people do are frankly astounding; have you ever felt the desire to knit yourself a Ferrari?

From the enormous to the bizarre, we tried out giant rocking chairs, pressed buttons to see the Toot Sweet machine from Chitty Chitty Bang Bang in action, and followed the mirror maze to its mind-boggling conclusion. We gaped at cows and goats with extra legs on their heads, and marvelled at the intricacy of portraits created out of matchsticks, tumble-drier fluff, and even woodsmoke. We tried to recreate the ‘is it gold and white or black and blue’ dress photographs that had celebrity social media agog a couple of years ago 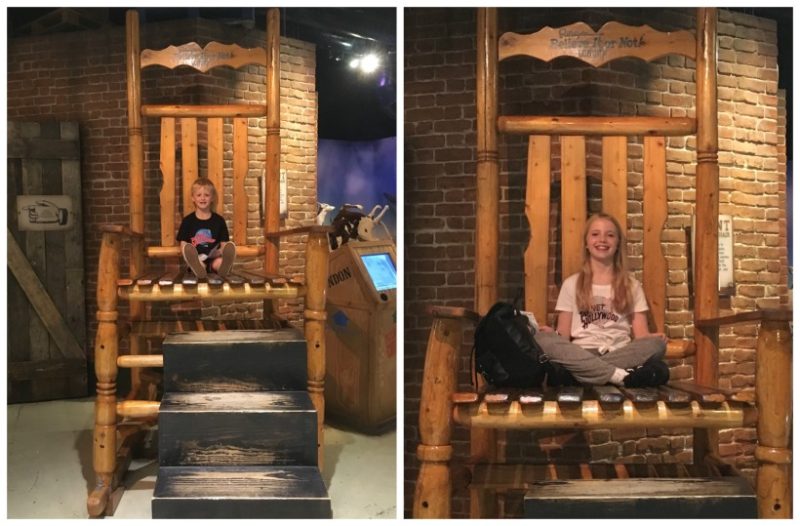 Ripley’s has regular temporary exhibitions to keep things fresh, so it’s always worth a visit, even if you’ve been before. One of the things which most impressed us was a collection of sculpture so tiny that they can’t be seen with the average human eye. Willard Wigan suffers from dyslexia, and was written off at school. But he also possesses incredible eyesight, and a very steady hand, allowing him to produce detailed models which are just the size of an eyelash.

Most of his sculptures are so tiny that Ripley’s have set them up in front of a microscope, and that’s how you look at them. It’s hard to believe, when you see them in their cases, that you’ll see so much detail once they’re magnified, and with my aging eyesight I find it difficult to fathom how anyone can see what Willard sees with the naked eye.

One thing you absolutely must try at Ripley’s is the black hole. A revolving tunnel decorated in neon paint splashes, the black hole defies you to stay upright on your feet as you walk along its fixed metal platform. I spent ages contemplating it, wondering how hard it could be, before stepping onto the bridge only to throw myself sideways against the railings, certain that the tunnel was tipping me over. The kids made me do it again and again, for the benefit of their amusement!

When you exit Ripley’s do make sure you pop down to the basement to complete the laser maze before you leave. Probably best for kids, and definitely easier to complete without a backpack (hence mum opted out!), this is like a Mission Impossible challenge, and super fun for kids to try. 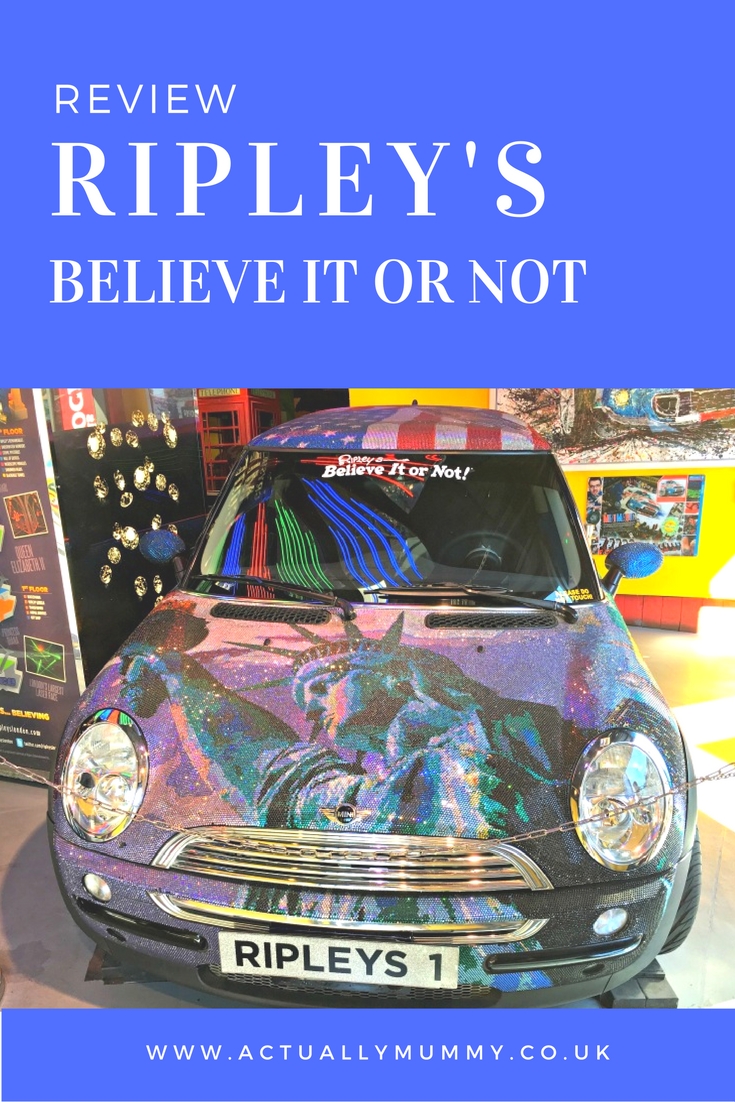 4 thoughts on “Ripley’s Believe It Or Not! Family Review”