There are many photo projects going on at the moment, and the Actually Mummies have decided to join in. Every Sunday, we will post 7 photographs from our week – one per day. They may be funny, they may be dull, but if we are lucky, one or two of them will be okay! By the end of 2012 we will have a visual synopsis of our year, which may or may not tell a story. We will be linking up with Luschka’s Mammatography at Diary of a First Child, and the Photo Project Group at Love All Blogs, and maybe some others we discover along the way. 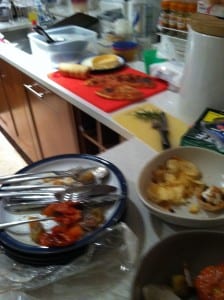 Day 1: New Year’s day – the morning after! M&D spent most of the day regretting much of the night before, but me and the Bug had a great day. We stayed in PJ’s and watched TV until it was time to go back to bed! 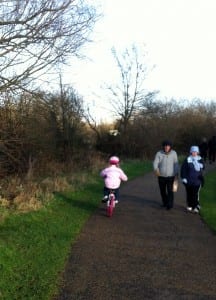 Day 2: The sun shone bright, and after so many days of eating and lazing about on the sofa Daddy felt the need for air. Luckily Santa brought me new wheels, so they had an outing and for the first time ever Mummy had to run to keep up with me, rather than drag me up hills and catch me at the bottom! Even the Bug was a whizz and I predict a lot of mud splatters on Mummy’s face in the next few weeks! 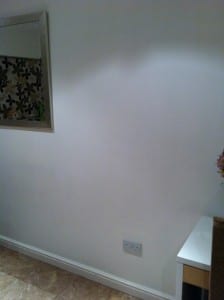 Isn’t it awful when the Christmas tree comes down? The sad, lonely space where once there was glitter and sparkle. The vastness of the room, furniture pushed aside to accomodate the festive visitor, somehow now reluctant to occupy its former place. It was a friendly onlooker over our interminable Monopoly games, tantrum-studded Ludo, and outraged Charades. Now it shivers once again in the loft, anticipating December, where it can once again instigate the first warming of mulled wine. 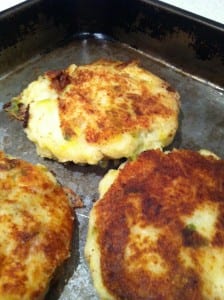 Time to use up leftovers: sprouts with bacon and Reisling from Christmas day, mixed with mash, and leftover vintage cheddar. Mix it all together with an egg, make into patties, dust with flour and fry. Not a healthy meal, but a delicious one.

Huh! According to Mummy! Me and the Bug were so sick of pizza that we asked for a carrot each. The Bug hates raw carrot! 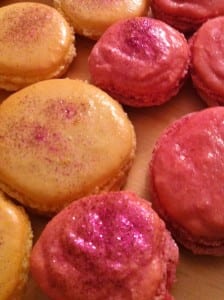 Another foodie day, and today I was up for it, polishing off the last of the home-made macarons from New Year’s Eve. We holidayed in Corsica a few years ago, where I fell in love with these sweet treats. Since then I have pestered for them in Waitrose on a regular basis, but Mummy is unwilling to spend what she says is a ludicrous sum on a small box. Instead she gifted me a recipe book full of the gorgeous creations, with a note inside promising to make them all. I plan on holding her to it. 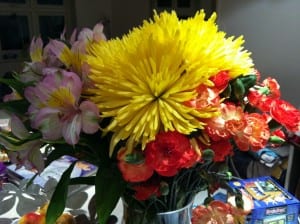 The final day for these flowers, gifted by our guests on New Year’s Eve. The vestiges of colour from last year are finally done – now we are waiting for the cherry tree in Spring. 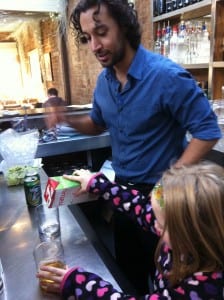 Sunday lunch, and we were treated to a cocktail lesson by the management team in our local Cypriot restaurant. A fuss was made of us such that we reluctantly handed over the title of favourite restaurant, consigning Wagamama to second place. We were shown how to make beer for children – apple juice and 7 Up!

I am also linking up with the Boy and Me here: