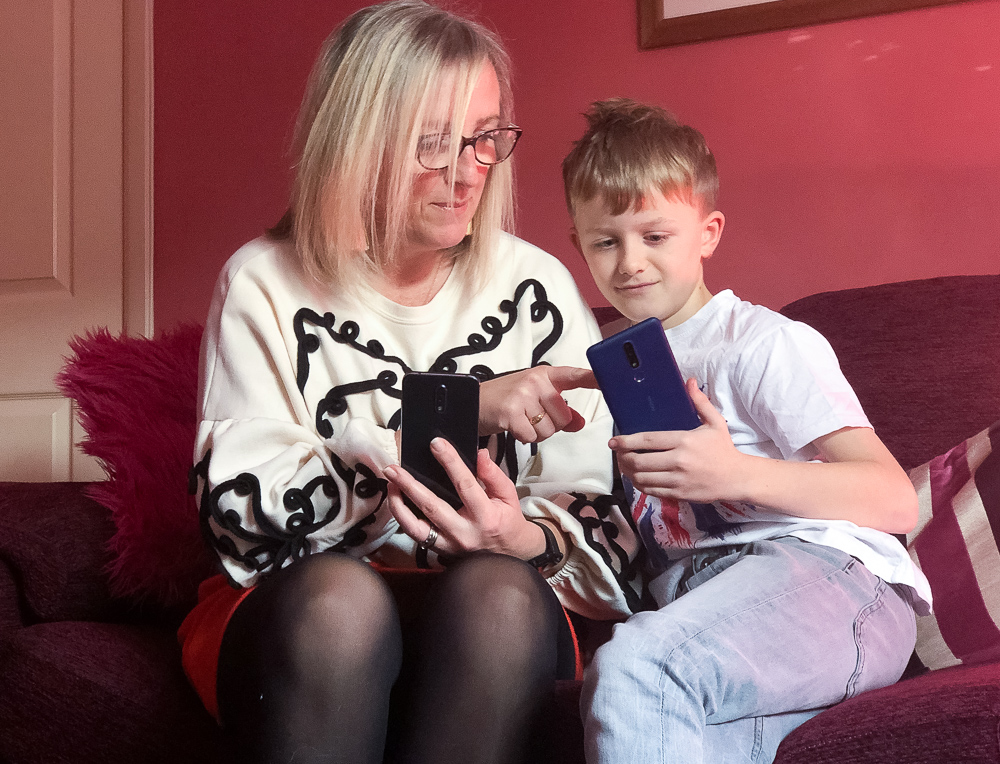 It’s a minefield isn’t it? Your child wants a smartphone. You agree that he needs a phone to be able to keep in touch with you, because he’s out more often now. He needs some independence, and he’s likely to want to call you for a lift/money/permission to consume all the sugar in the newsagents, etc. He wants a smartphone though, like all his friends, and that’s where you lock horns. What about all the time he might spend destroying his imagination on gaming apps? Won’t he want Instagram, and get bullied there? And doesn’t that awful Snapchat allow strangers to see where he is and groom him? When is he old enough to be able to handle a smartphone? And more to the point, how can you as a parent continue to keep him safe once he has one?

I’ve been through this twice now, and had all the debates my with my children, including discussions about how much control I exercise, and how much privacy they should have. We went through all the scenarios with my eldest, including some overly intrusive (she felt) policing on my part, Now, with my youngest son having started secondary school, we’ve settled on a process that seems to work, and I’m as confident as I can be that both of them have appropriate supervision that isn’t too restrictive for them. However, we were recently asked to review the Family Link app, and I have to say, I wish this had been around when my kids first asked for a smartphone. Here’s why:

I’m working with Nokia and Carphone Warehouse to highlight the benefits of using the Family Link app from Google to monitor your child’s smartphone activity, and start the discussions about staying safe online. I have been gifted the Nokia 3.1 and the Nokia 7.1 so I could review the app with my child, and I have been paid for my time in creating my reviews. All opinion of the app is my own, as is imagery. 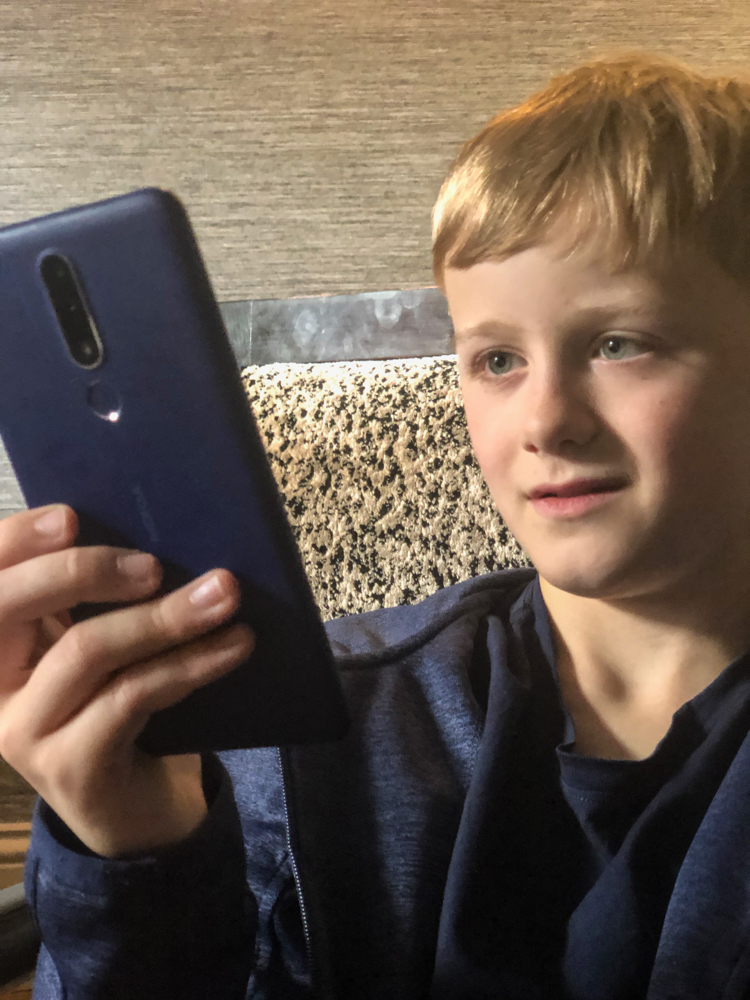 My youngest has had a smartphone since he was 9. I appreciate that that’s quite early, but I did it for his sister, who has type 1 diabetes, and needed the various carb-counting apps to help calculate her insulin doses when she was out, so I did it for him too. Both of them use their phones quite differently – whilst Maddie spends a lot of time chatting to her friends via social media apps, Evan is more likely to use his for gaming, or to watch YouTube Kids. So I was keen to see how the Family Link app would help me to moderate all of those smartphone features, without it becoming a sticking point with my children. Here’s what I loved:

You can set time limits:

The biggest bugbear in our house is the amount of time the kids spend on their smartphones. It’s a constant source of disagreement, pitting me as the killjoy out to spoil the kids’ fun (or if you believe them, preventing them from doing their homework!) One of the first things you’ll do when you set up the Family Link app for your child, is decide how much time they can spend on their phone each day. I like that this tells them clearly how much is enough, but allows them to choose when they will use it. My daughter will spread that time out over the course of a day, whereas my son will probably use it all up in one go. But either way, once it’s gone, it’s gone, and they know what the rules are.

You can set different limits for weekends and school days, and lock their phones remotely when you think they’ve had enough time online, and need a break for some fresh air. You can also choose a ‘bedtime’ beyond which they won’t get access at all. So no more wondering if your child is still awake because they’ve found yet another way to sneak their phones up to bed – yes, I’ve been there on many evenings! 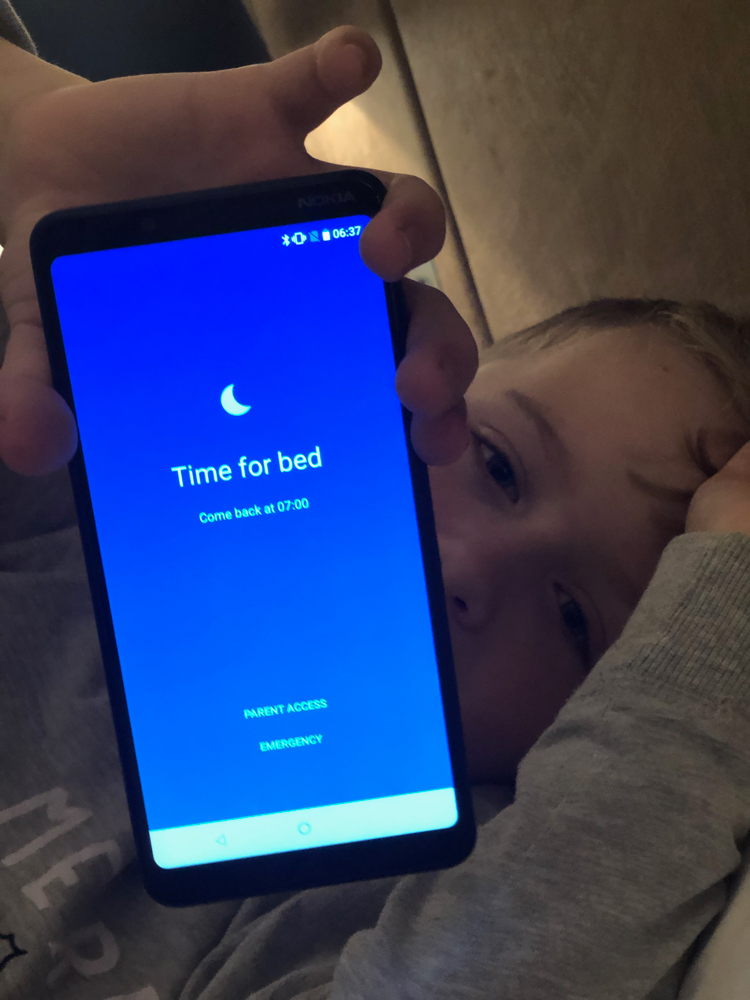 You can see where they’re spending their time

I love this breakdown. I know that Evan spends a lot of time gaming if he’s literally left to his own devices. But I hadn’t realised quite how addicted he gets to certain apps. I have my own views on games like Fortnite; I think – provided the right controls are in place – it’s useful for him to be able to connect with his friends after school. I did some filming recently with my daughter for Instagram, and it dawned on me that a lot of the time she spends on her phone is simply for connecting, catching up, and chatting with her real life friends – a bit like when you and I would get told off by our mums for spending hours clogging up the landline!

This summary of where Evan spent his allotted time over the weekend showed me that he was pretty obsessed with one particular game, so I asked him to show me what he does there. As gaming apps go, this one contains quite a lot of strategy and decision-making. Plus, all his friends are currently playing it, and I know that the offline conversation that happens around turns it into a hobby that all the boys are involved with. For me that’s okay, as it means he doesn’t feel excluded from his friendship group – and I’m happy that the age rating is appropriate for them.

You can restrict content that you think is too mature

One of the biggest worries I hear from parents about smartphones is the kind of content their children might get access to. There are all sorts of ways to limit the risk of them seeing porn, or violent images, from the settings on their devices, to those on home routers, but often it feels incredibly complicated, and parents are left unsure as to whether they’ve covered all the bases. You can never be 100% sure that your child will never see something you don’t want him to – their friends may not have the same restrictions as them, for one thing, and they do all share. But in my opinion, the Family Link app does a pretty good job of helping to take away most of the risk. 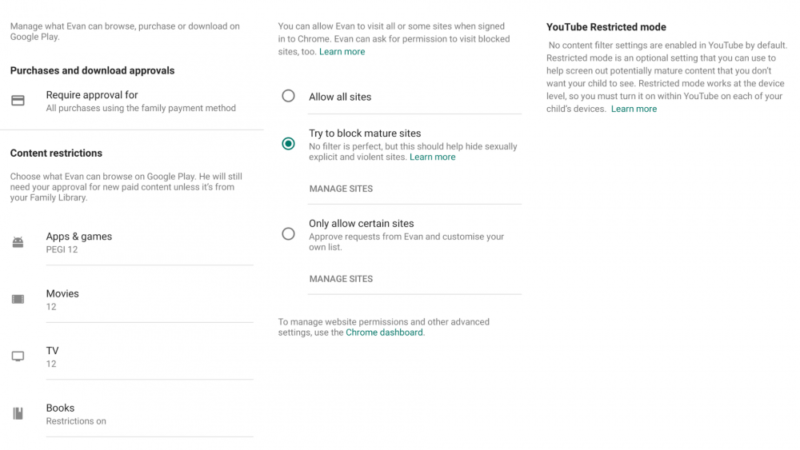 You can set age ratings for app downloads, movies and TV, and restrict adult content in books, and on Google Search. We tested this out by browsing Evan’s available apps, to see what would happen if he tried to download something with an age rating over 12. There was nothing available to him, because of the restrictions we’d set, so we searched an app we knew had a higher age rating; we found it, but he was unable to download it without my permission. 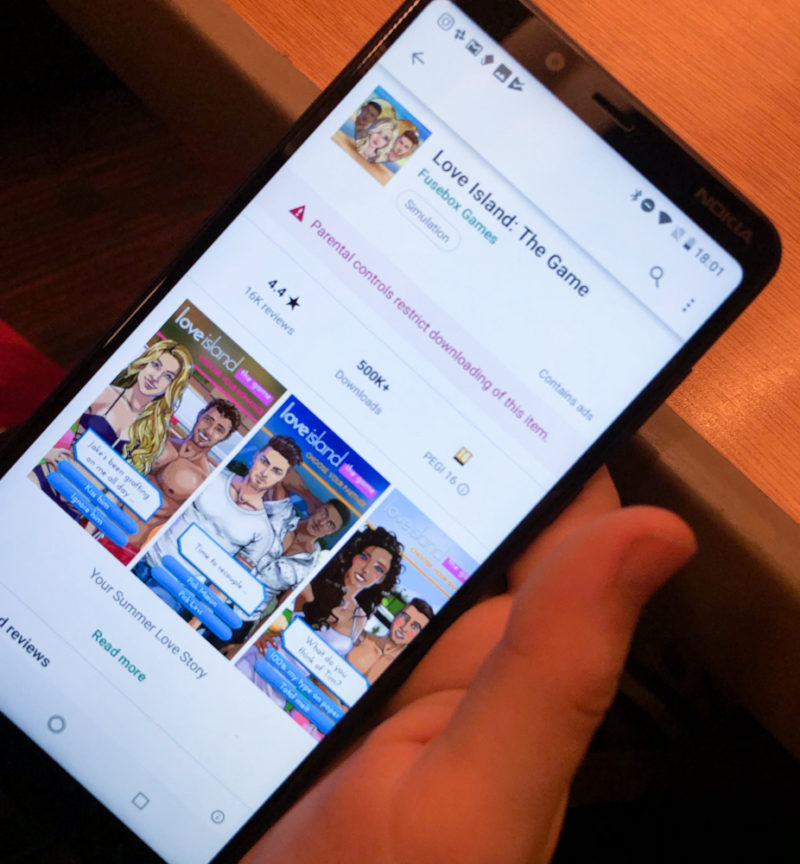 What’s key about these restrictions is that they’re set from the parent’s phone, not the child’s. In my experience, kids have an uncanny knack of figuring out how to change the settings on their own phones, but with everything controlled from a locked parent device, there’s much less chance of them finding a workaround!

There are also notifications when a child tries to make an in-app purchase, allowing you to approve or decline/block requests – you can also hide apps. As our week with the new Nokia smartphones began, I was getting constant pings on my phone as Evan requested to download all his usual apps to his new device. I’ll admit that I really had no idea how many apps he’d previously used, and the notifications prompted a discussion about which were really fun and useful, versus which were just draining his battery and data. In fact, I really like this aspect of the app. Each notification served as a reminder to engage with him about what he was doing with his phone, and opened up the opportunity for him to tell me what he does there, and for us to discuss how he should stay safe online. Each notification also comes with parental guidance, so if there’s an app that’s new to you, you’ll have a heads up of what to look for when discussing it with your child. 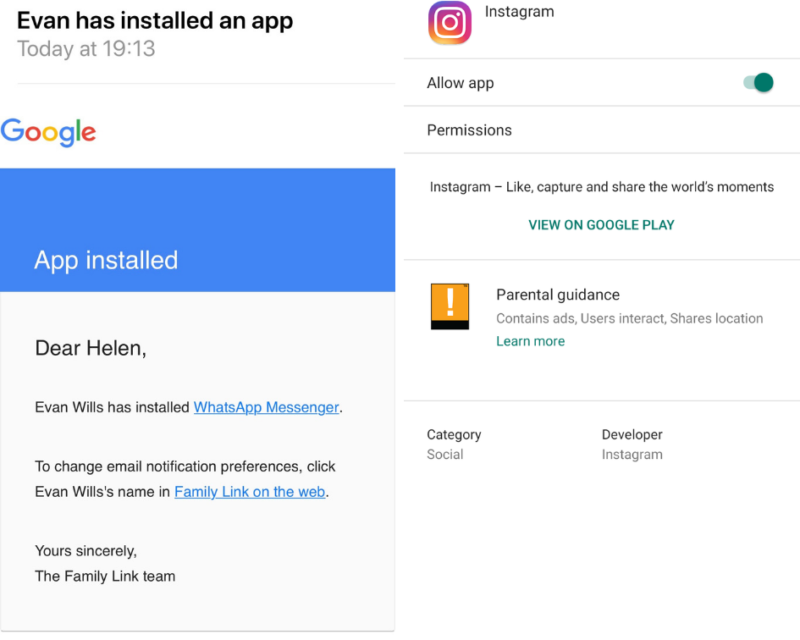 One of the biggest fears a parent has when giving their children some independence is knowing that they are where they’re supposed to be. I remember the first time my eldest walked to school by herself; I made her call me from the school gate to say she’d arrived for at least a week! With Family Link, provided they have wifi or mobile data, I’m able to see where they are, remotely from my own phone, at any time. It was massively reassuring when Evan was later than usual home from school; I just checked for his phone, could see he was still in the school grounds, and made a note to quiz him when he got in. Turns out I’d just forgotten he had photography club!

It’s a confusing world for young teenagers, and they’re presented with so many options when they have a smartphone. But I really believe that kids genuinely want to behave appropriately, and keep themselves safe online. I think the problems come when they’re faced with something new, that they haven’t talked about with their parents previously, or when peer pressure introduces them to something they think they need, to stay popular. I’m firmly convinced that complete bans never work, and that not having what most of their friends have can lead to social exclusion and anxiety. For me, the answer lies in understanding what your child does on his smartphone, and in ongoing communication with him about it. Family Link definitely allowed me to set hard rules that we both agreed on; but it also prompted me to have more frequent conversations with him about his smartphone activity, which helped me to understand what he does, and prompted two-way discussions about the best way to do it.

For his part, Evan loved using the Nokia 3.1. He likes the style of it as well as the functionality, and was pleased with the camera. He already has a good smartphone, but he’s seriously considering asking for a permanent switch to the Nokia, he liked it so much.

Carphone Warehouse is working with Nokia to highlight the benefits of the Family Link app available on the Google Play Store. Parents want reassurance that their children are safe and they can keep in touch at any time.  Likewise, children want the security of having a phone, to keep in touch in an emergency, when lost or for a specific need, and ultimately to not feel left out amongst peers. However, parents may be concerned about how much screen time their kids are getting, what they’re doing while they’re on their devices, and how that can interfere with their education. Family Link helps to address all the above and allow parents to set digital ground rules for their children. For further information on Family Link friendly devices, please visit www.carphonewarehouse.com