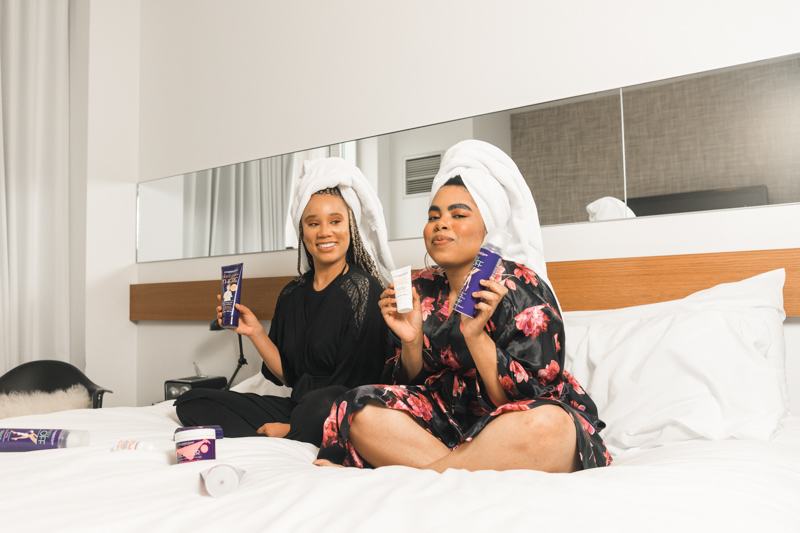 I’ve been watching for a while now, and I think I’ve got it nailed: how to be a teenager. So if you’re on the brink of the teenage years, here’s what I think is really going on:

How to be a teenager

Disclaimer: this is a fictional work, and any resemblance to real teenagers, past or present, is purely coincidental. Please forgive me if you recognise yourself in here.

Don’t talk. Cultivate a habit of responding to questions from parents with one-word answers. Adults obviously have no idea *what it’s like to be in a teenager’s head, so don’t even try. It’s even better if  you can convey your full meaning with a shrug. If shrugs don’t work for you, melodramatic arm raising at key moments is a great alternative, or you could try a killer glare/eyeroll combo.

Wail. A raised voice diatribe is much more effective than straightforward talking to let people know that you are a teenager. Here’s how:

Stamp. Use this method of moving out of a room in conjunction with wailing, for maximum effect.

Slam doors. If you can combine this practice with the previous two skills you’ll be performing at very close to PhD levels of teenager qualifications.

Shave. It doesn’t matter if there’s nothing there, you need to be able to join Shaving Club – boy or girl – and have something to say during meet-ups. Ideally, wait until  your parents are out of the house so you can use their shaving foam – it’s cheaper than spending money in Superdrug.

Wear deoderant, and lots of it. Boys will need Lynx Africa, and girls should convince their mothers to convert to Victoria’s Secret body sprays, otherwise it’s going to get expensive. You need to be immediately identifiable as a teen as you walk through town, so carry a bottle  with you, and apply liberally every few minutes.

Get your ears pierced. As many times as possible, and as early as possible. Certainly by the time you actually are a teenager, or you won’t be allowed in Bleeding Ears Club. And that, as we all know, is social suicide. My own dad made me wait till I was 18, which is why I never got invited to parties where there was alcohol, or any of the hot boys. (Well, it might have been that, or maybe I was just a not cool enough – come to think of it, my nickname was Swotty Dotty, so…) Eventually, my mum took me secretly a year early, because she wanted hers done too. Which was good, because it meant she got in more trouble than I did. I still didn’t manage to nail any hot boys though.

Move into your bedroom. Whatever you do, DO NOT leave your room unless it’s for a meal, or to go to school, or to hang out with your friends. Ideally, take all your friends to your room, and hold them hostage there too.

Grow things in your room. The only exception to the teen bedroom rule is hunger. Make yourself food at every possible opportunity (and by food I mean sugar, obviously), then take it to your room, and never let it back out again. Empty plates, leftovers, half full mugs – keep them all hidden in nooks and crannies of your bedroom until you’re so used to the smell you’d consider wearing it as body spray. Under the bed is a great place for plates, whilst bookshelves work well for mugs and cups – when did you last think to search for a mug on a bookshelf? Exactly.

Do not speak to adults in public. It’s not what the ‘cool’ people do, so even if you’re one of those articulate teenagers who knows the right things to say to Sir, or to the mum of the kids you babysit, revert to one-word answers, or better still, total unrecognition if a popular kid is in the vicinity. (By the way, if this is actually a confidence issue, check out this post about how to be happy as a teenager).

Do speak beautifully to your friends’ parents though. It doesn’t matter how big a row you’ve just had with your mum, you need to put on a good show to other parents. Word will get back what a delightful teenager you are, and it will make your own mum and dad feel even worse about the fact that they can’t elicit more than a shrug from you. Which is good, because when you want something, they will be so grateful for the attention you then lavish on them that they’ll find it hard to say no.

Leave home. Not really, you’re a teenager with no money! But leave home at every possible opportunity. Karate classes, football, a walk to the local shop to buy your bodyweight in sweets and KFC, or just to hang out in a friend’s house. Aim for room-food-room-sleep, and you should be able to avoid your parents at least 85% of the time. And if it’s pouring with rain, here are 75 things you can do in the house to avoid hanging out with your parents.

There you have it. How to be a teenager in 12 simple steps. Have I left anything out? It’s a while since I was a teenager, and back then the main criteria was wearing blue mascara, so feel free to update me if I’ve missed something.

*In seriousness, adults actually do remember what it’s like to be a teenager, and they felt exactly the same as you do now. Bear with them, because one day you might be in their shoes. Also, we know that it’s tough being a teenager, and we really want to help. Really. 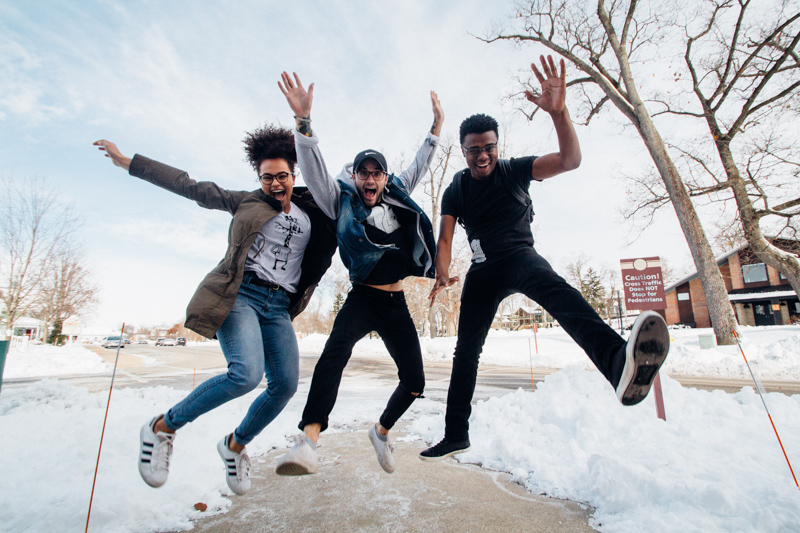 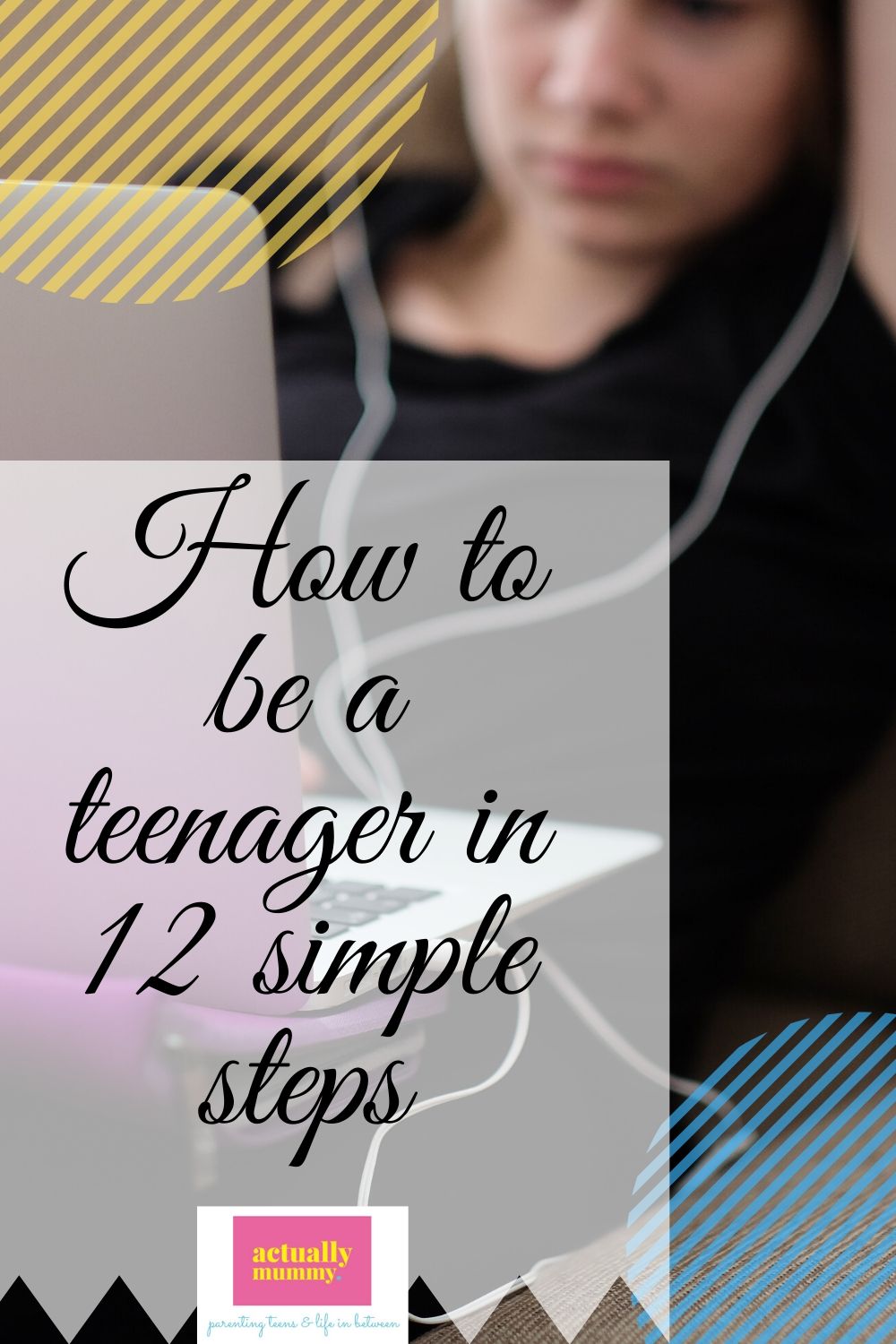 ← When does parenting get easier? The Secret to Raising Confident Teenagers →