Hogwarts at Christmas: my Mum is a witch

My Mum is evil. I don’t say this lightly, because I love my Mum – today. I didn’t yesterday because she did the Hogwarts at Christmas tour. And she didn’t take me!

The Making of Harry Potter studio tour from Warner Brothers has been closed for a week – which is pretty epic news in itself, given that 6,000 visitors pass through its doors each day. But this is what they’ve been doing: 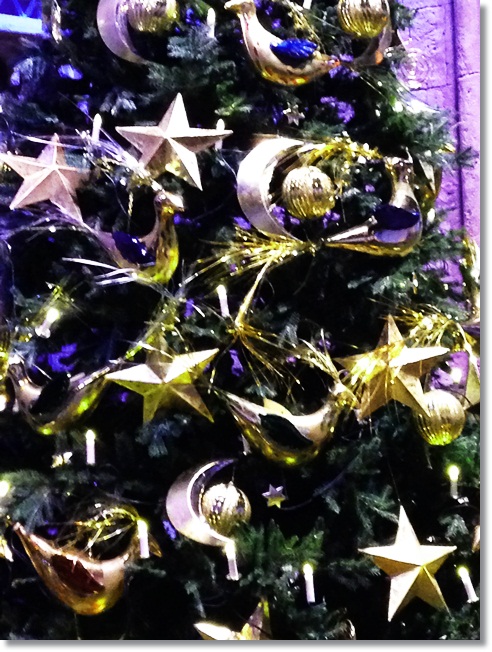 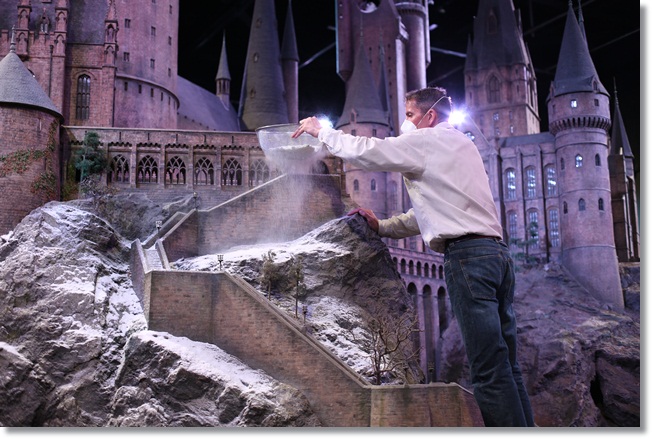 They actually sieved fake snow onto the awesome Hogwarts model! Part of the tour over the festive period involves an explanation of the different types of snow: shredded plastic is good for blowing upwards in snow flurries; powdered paper lays better; salt-based snow sounds crunchy so it’s good underfoot; and then there’s the really expensive stuff that feels wet like actual snow. Who knew? Sadly not me as I wasn’t there, Mummy 👿 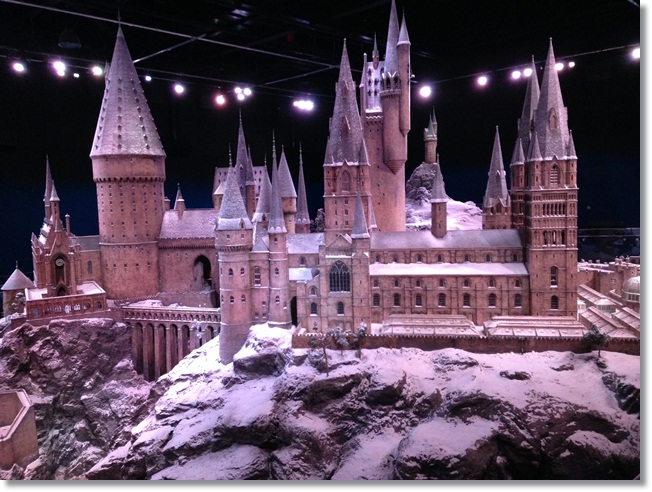 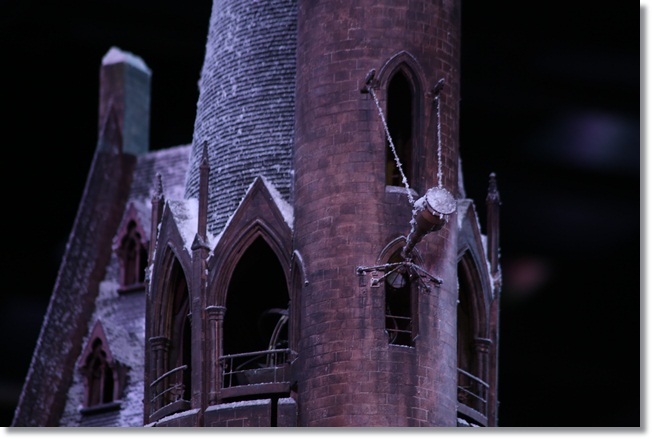 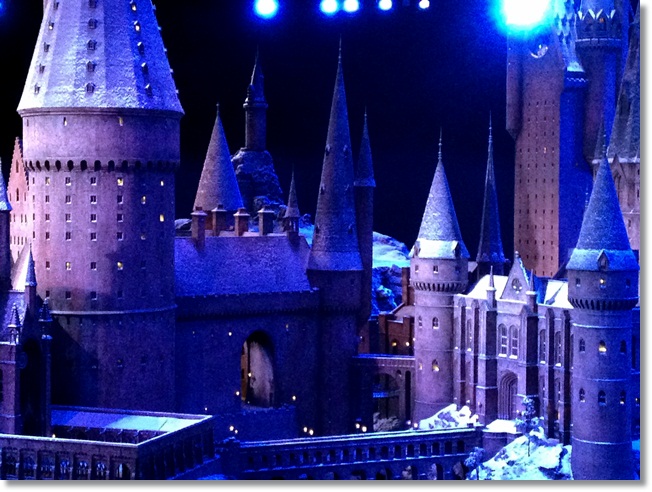 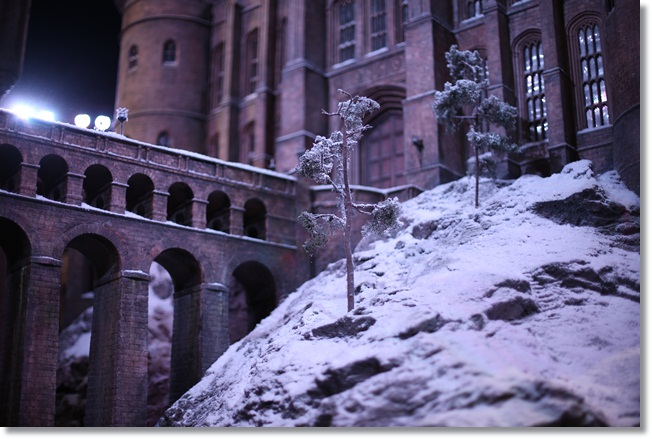 Isn’t the detail incredible! She asked a guide how they get all that snow off the model come January – dusting, apparently, a lot of dusting. So wouldn’t want that job!

But then that’s the thing about the Hogwarts tour. So much painstaking detail, you can only imagine the amount of man-hours that went into creating such an authentic look at the film set. Lucky enough to visit the studio when it was closed to the public, Mummy took the opportunity to ask lots of questions. Not that she needed to – the staff there know so much and have so much enthusiasm for their workplace that they just offer nuggets of fascinating facts about the film, the people involved, and the sets on display. 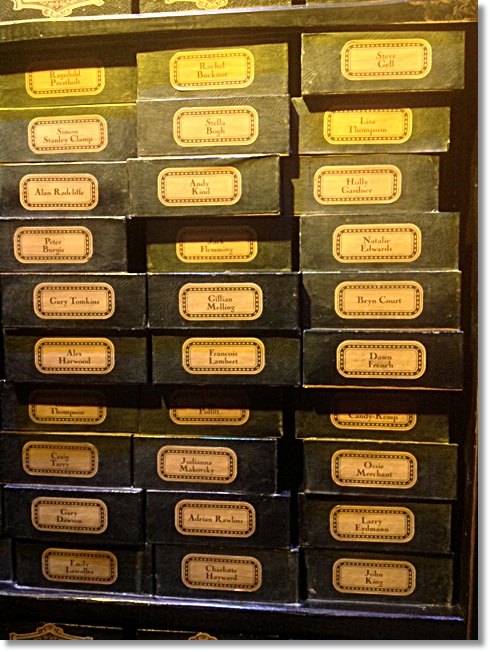 For example, did you know that all the names on the wands at the end of the tour are those of members of the cast and crew? Look at the box 3 down on the left column: that’s Daniel Radcliffe’s Dad, chaperone in the early films. There’s another Radcliffe, not related. How do I know this? Because there’s a man sitting in that exhibit who knows pretty much all of the production and acting team. And if he doesn’t know, he has a huge book of information that will tell him if you ask.

Other facts we never knew:

This is why one visit to the tour is never enough. You wonder if the magic will be the same second or third time around, but it really is. The excitement in the room was palpable (apparently – I wasn’t there, Mummy). And seasonally, you just have to go. Check this out!

We asked the studio how to get the best access to these fantastic guides who know so much. They told us that the best times to visit were Tues – Thurs in term time, so if you have an inset day, that’s the time to go. Or, you could always follow my mother’s example and go without your children. 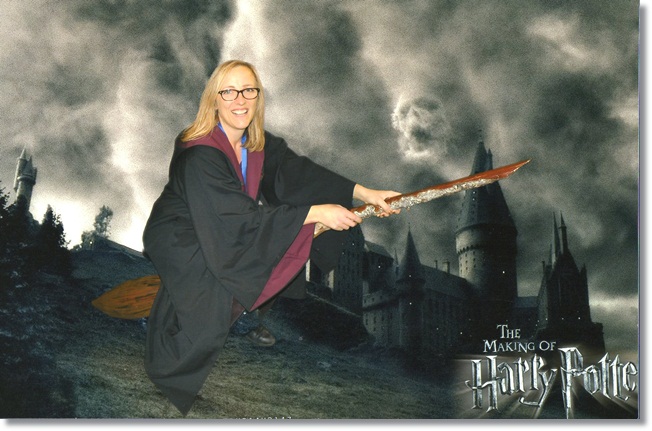 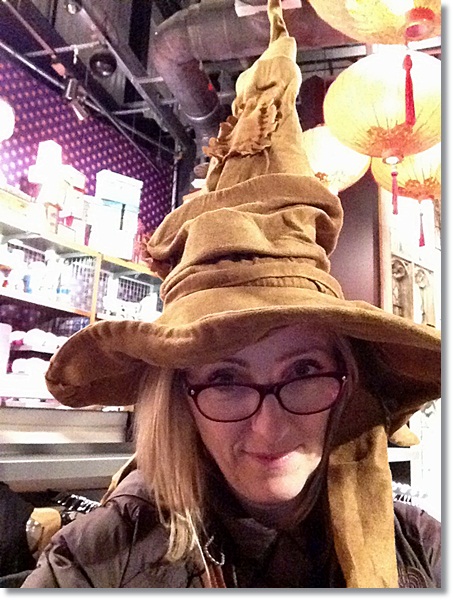 For more blogger impressions of the evening head over to:
The Mummy Sphere’s first Hogwarts visit.
Plus 2.4’s review.

Disclosure: we were guests of the Warner Brothers Studio Tour. You can visit Hogwarts at Christmas from now until 6 January 2014. It is well worth it!

10 thoughts on “Hogwarts at Christmas: my Mum is a witch”