Expressions #16: Over the moon! 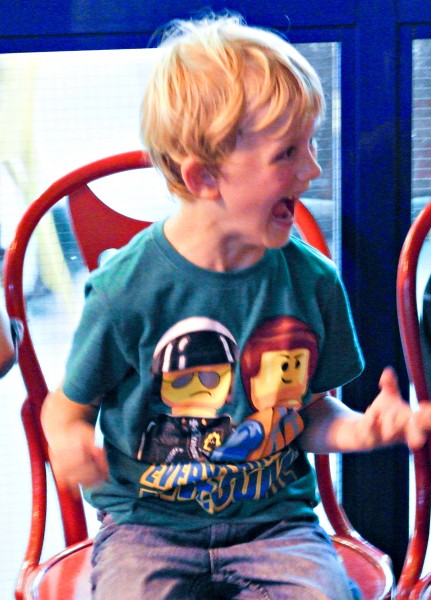 There was an incident on Wednesday. A 7 year old’s head came into contact with a rifle butt – not a phrase I ever thought I’d type.  Complaints that the girls had an unfair advantage, being older and bigger. Anguish at being shot when out of ammo. Angst at being on the team that was lagging behind at half time. But miraculously (*winks*) the announcement came, when the laser party was over, that the birthday boy’s team had won by a whisker. And I managed to catch the expression of joyful disbelief as those words were uttered. Not very well, admittedly, in the darkened room, without a flash, but it’s there all the same. My boy. Aged 7. Thrilled to bits.

How to park for nothing on a London day trip