Why Kids are a Chip off the Old Block in Sport 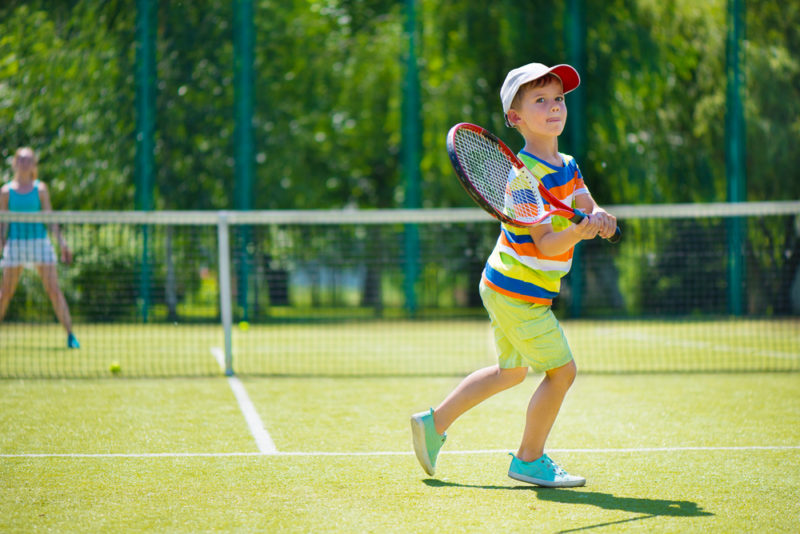 If you’ve ever worried about putting too much pressure on your children to participate in sports just because you’re interested in them, you might be relieved to hear that it’s not just completely normal – but also the decisive factor in how your kids learn and play.

According to new research by health and wellness provider Benenden, three in four parents are more likely to encourage their child to play a sport that they’re either already passionate about or had played themselves. That’s a pretty sizeable statistic, and proves that parents can have a massive influence on the sporting career of their kids.

You only need to look at the Murray brothers for the proof. Jamie and Andy are two of the most well-known names in tennis, but they’d never have taken up the sport without their mum Judy’s love for the game.

“It’s a lot easier for parents to nudge their kids in the direction of the sports or interests they have a passion for,” Jamie explained, speaking at a Benenden Tennis Festivals event.

The study also found that parents aged 25 – 34 are most likely to influence their children’s choice of team to support, with 46% of all British men admitting to doing so. It makes sense – you want to take your kids to see the team you support, no matter the sport, and it can be a great bonding exercise for families.

Jamie also emphasised the importance of families playing sport together: “They created [Benenden Tennis Festivals] with the aim of families interacting together in a sporting environment. It gives people the opportunity to come down, play tennis, try tennis – and do it with your mum and dad, or your kids.”

The Benenden Tennis Festivals are local, informal competitions, encouraging parents to get their kids interested in sport and staying active. An estimated 8,000 participants are taking part across the country this summer.

Perhaps the most surprising statistic to come out of the study was that only 10% of parents encourage their children to win. It seems it really is the taking part that counts…

Post in partnership with The News Hub. Image courtesy of Shutterstock.