Can I shave my legs yet? 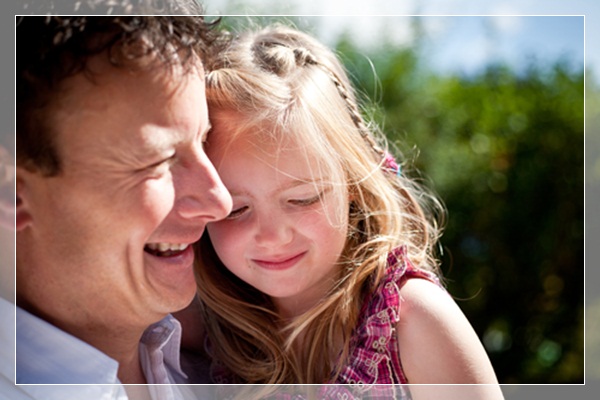 *This post has recently been updated with our solution to the problem. Scroll down to see what we did.
I have this beautiful hair. At least that’s what everyone tells me. Problem is, as well as my head, I have it on my arms and legs. Not as long, obviously, but long and thick enough for me (and others) to notice it. I have mumbled about it on and off for a year now, but it is only now the summer uniform has kicked in that my friends are noticing, and commenting on it. I am 7. Can I shave my legs yet?

I tend to keep my worries to myself, but chatting over breakfast today I mentioned to Mummy that it bothers me when I get called “hairy-legs” at school. She didn’t make a fuss, didn’t ask who the culprits were, apart from determining that both boys and girls say it. She just asked what I would like to do about it, and explained my options. I said I’d get back to her, and put my thoughtful look on.

When shaving goes wrong…
Mummy remembers all too well the shame of hairy arms and a moustache when she was young. She doesn’t remember discussing it with Grandma, but she does recall taking a chunk out of her upper lip with Grandad’s razor, as well as giving herself a freaky eyebrow trim that she can still see the shadows of today. She anticipated this conversation with me, and wanted to handle it differently; she just wasn’t expecting it quite so soon.

What the Twitterati say…
Turns out Mummy was not alone. She was inundated with responses to my question on Twitter, ranging from outrage that society is forcing girls as young as me to even notice hair on their legs, to women whose mothers waxed them from the age of 8. Apparently, in some cultures it is common practice to wax girls from a very young age, so there is no stigma attached to it. Mediocre Mum was quick to add a BabyCenter discussion into the mix, and lots of mums had tips on the best way to remove hair from children.

Striking a balance…
Mummy does not always see my take on things, but on personal appearance she is very much on my side. She identified with the tweeters who talked about not being allowed to shave arms and legs until their teens, and those who were forced to wear “cornish pasty” shoes because they were good for their developing feet. In her early teens she saved up her pocket money to buy cooler shoes, that she changed into on the way to school. She wore her bikini top under her school shirt for weeks until Grandma noticed and reluctantly bought her a bra.

But what age is the right age for all this stuff? Surely an 8 year old shouldn’t be worrying about shaving her legs? If I start with this now, will it be pierced ears I’m wanting when I’m 9? Hair dye for my 10th birthday?

A slippery slope…
Coincidentally a Facebook discussion took place yesterday about puberty, with a mother worrying about whether her daughter’s junior school was equipped with sanitary bins, should she start her periods aged 10. Apparently girls are now starting their periods 12-18 months earlier than their mothers did, meaning girls having to deal with the practicalities of their maturing bodies in some cases before they even understand about sex.

Add to that another thread about a 15 year old girl wondering if she can go on the pill to help control her acne (interestingly she has just met her first serious boyfriend), and suddenly Mummy is hurtling towards the impending abyss of the complicated teenage years all too quickly.

Mummy has a dilemma. Aged 10, she started to get a bit chubby. She was told she had a big bottom. She gave up puddings and started eating more fruit. She asked if she could avoid chips for a while. Grandma dismissed her concerns as nonsense, “puppy fat.” She was right; by the age of 16 Mummy was skinny and had a great body, which she was too self-critical to appreciate until 25 years later! But that didn’t help her at the time, and she was painfully aware of not being one of the popular girls.

Mummy wants to do a better job with me, by taking my concerns seriously, hopeful that her actions will prevent the hidden shoes, the furtive hair-tinting, and the secret shaving. She wants me to feel comfortable talking with her about my issues. She wants to help me.

If you read the Babycenter post, you will notice that some commenters criticise the author for embarrassing her daughter by talking about such things openly. Will this post embarrass me one day? Or does putting it out in the public domain show it for what it is: a normal issue which most girls will contend with at some point? Maybe that’s a whole other blog post…

What would you do?

*After much debate and research, we have finally hit on a solution, which I wanted to share, in case others are going through the same problem. Our lovely hairdresser recommended trimmers, set to a medium grade, to take the ends off the longer hair. GG now has similar hair to most of the girls in her class. She is thrilled, and we don’t have to consider shaving or waxing – for now, at least!

I am linking this post to Cheetahs in my Shoes You’re Beautiful meme, because GG, whatever the state of  your legs, hair, bruises, the lot – YOU’RE BEAUTIFUL!

Wot So Funee? Boys vs Girls