A couple of years ago, on holiday in western France, in an attempt to keep the kids still on the beach for slightly longer than the five minutes we were used to expecting, Actually Daddy inadvertently invented a kids comic strips character. That day we had eaten ham baguette for our picnic lunch…

The kids comic strips that endure

The story of Ham Baguette Man was an instant hit, and as Mummy curled up with a Jodi Picoult and pretended to doze, the Bug and I begged Daddy daily for the next instalment. He didn’t really mind, he is rather silly at heart, and if it meant an extra few minutes chilling on his towel rather than in the sea pretending to be a shark, he was happy to do it. Ham Baguette Man and his friends Cheese, Breadstick, and Groovy Tomato appear on most of our holidays, and occasionally on a Saturday morning.

But Mummy wasn’t prepared to see him actually in print! Yes, I have appointed myself Ham’s agent, illustrator, and script-writer. Watch out, because once we’re on the magazine shelves I’ll be inventing an online game with subscription only extras and a raft of collectible mini-figures! 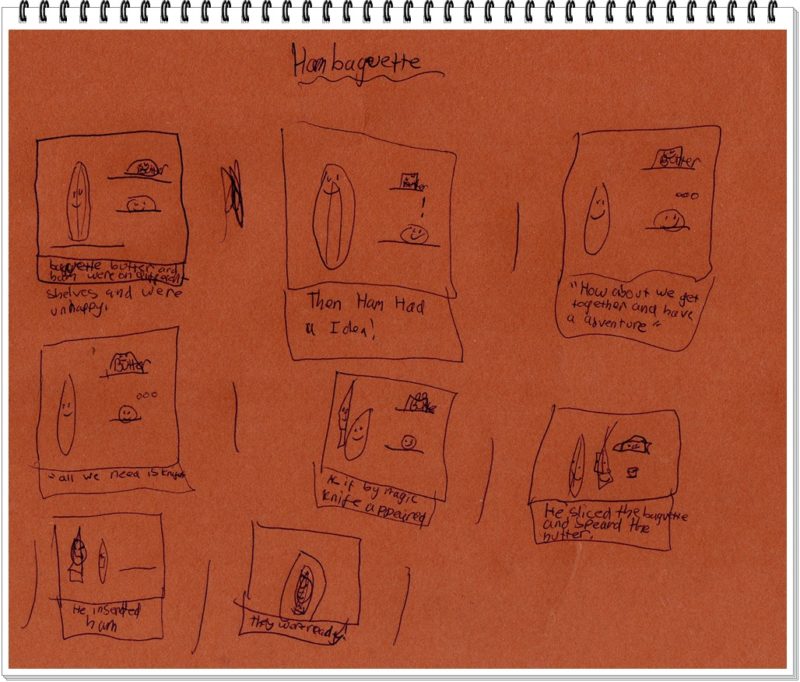 Leave a Reply to Ruth's all sorts Cancel reply