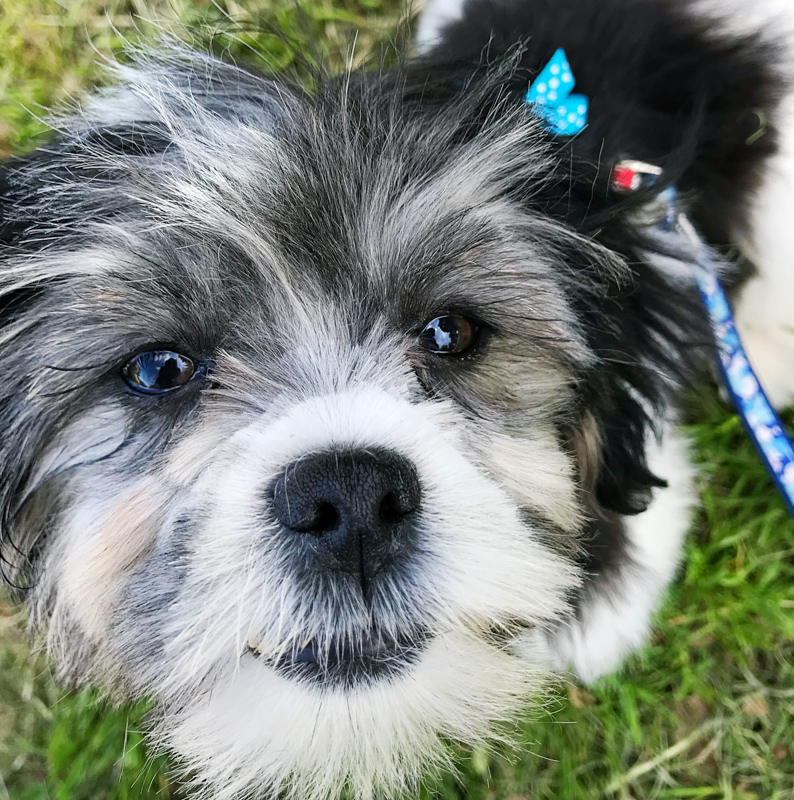 Getting a dog is a big deal for anyone. But bringing a puppy into a family is life-changing, and never more so than in the first few months, when everyone – including your puppy – is trying to get used to the new arrangements. We bought Rocket, our Maltese/Shih-Tzu cross (Malshi), when he was 13 weeks old. I’ve had dogs before, and I knew what to expect, but it still came as a massive shock to the system just how much of a strain a puppy is to begin with. It’s exactly like having a newborn baby. If you’re planning on a new puppy, here’s what you need to think about.

Newborns are adorable and sweet; so are puppies. In both cases you’ll spend weeks before the new arrival planning what to call your puppy/baby, and trying to come up with an original name that’s cool, but doesn’t make you look like a fool when you yell it across the field/playground.  Everyone wants to cuddle a newborn, except when they’re upset and angry. It’s very similar with puppies. A puppy will bring so much joy into your life, and I would never part with mine, just like my children (!), but it’s not all rosy. Here’s why:

They keep you awake at night

Not only that, but their crying invokes that exact same stomach-churning anxiety that has you sitting up all night desperately waiting for it to stop. It does stop, and you hold your breath, hoping to be allowed proper respite, only for it to start again thirty seconds later. Our puppy cried for 4 straight hours on his second night (on the first I think he was so overwhelmed by his new surroundings that he just zonked out – rather like a newborn). At one point I took him out in the garden to see if he needed to wee. He practically laughed in my face and asked me which ball game I’d like to play! I ignored him for the rest of the noisy night, and came down to a bed covered in poo, and dog who needed a bath…

You’re obsessed with every milestone

Oh look he’s lost a tooth! He ate more dinner tonight than he did yesterday. Look how clever my puppy is – he can sit when I tell him to! Just like the red book you get when you take your baby home from hospital, puppies come with a registration document and a vet record. You diligently stick the vaccination stickers into your book, making a note of when you’ve wormed him, and how much further he can walk each day on a lead before sitting down and refusing to budge. You take him to puppy training classes and sit there all smug when your dog achieves something another dog can’t yet do, and you’re practically jumping in your seat with your hand up waiting for the trainer to ask you how things went with last week’s practice. Your dog can do no wrong, and you are the perfect puppy mum. 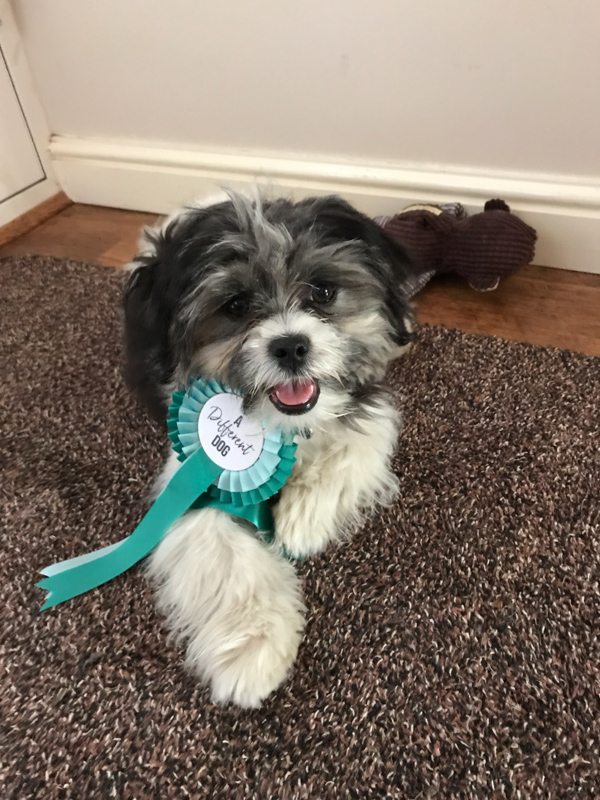 I’ve said it before in Why diabetes is like a newborn baby, but oh my goodness the stuff you buy when something new enters your life. With newborns it’s colic drops, rockers, bottles and my personal favourite the Tummy Tub, designed to make bathing your baby feel more secure for you both. Yeah.. it’s basically a bucket, only 11 times more expensive. With diabetes it’s storage-related paraphernalia to house all the extra medications and snacks you suddenly need.

It’s the same with a puppy. When Rocket arrived in our lives we’d already got him a comfy bed, and bowls for his food and water. We’d even thought ahead and considerately chosen him a special teddy to welcome him to our home. We needn’t have bothered; he immediately stole a slipper and has refused to give it back ever since, steadfastly ignoring the adorable squeaky ted that we place religiously in his bed every night. Here’s a list of what we bought, thinking that it would help him settle, eat, poo, drink, wee, walk on a lead, not wee on the carpet, not poo on the carpet, not vomit on the carpet: 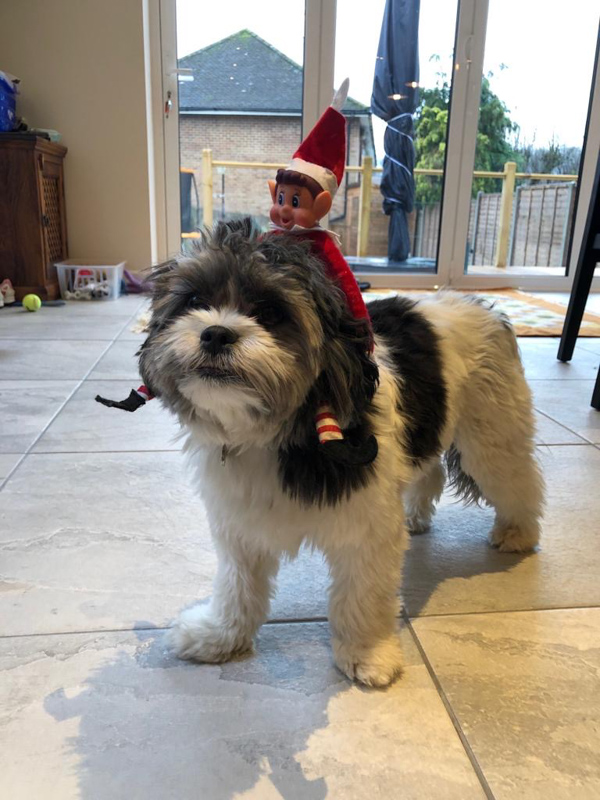 All you think about is food, wee and poo

You become fixated on how much they eat, and how much poo they produce. I spent the first 6 months walking around town with one pocket of my jeans filled with poo bags, and the other with chicken-based treats. My handbag still contains a bag of dried sprats I once thought would be irresistible to my dog. They’re still there because they weren’t. I must get round to throwing those out – there’s a distinct whiff about me whenever I go out.

We tried 4 different foods before we settled on the one we use today. He often wouldn’t eat, or ate very little. His poo was sometimes green, sometimes sloppy, sometimes non-existent, and sometimes never-ending. Keep in mind that a puppy is like a baby and you’ll realise that all of these things are just normal puppy behaviour. I’m pleased say that now, at 2 years old, he eats all his food every day, drinks when he’s thirsty (although prefers dirty puddles to his water bowl), and has fairly ordinary poo. Just like most babies once they’ve grown up.

Let me finish by saying that getting a puppy was still one of the best things we’ve ever done. He makes us smile on a difficult day, he gets us out of the house when we’re feeling more like lying on the sofa, and he’s a complete conversation starter when we’re out. All I’m saying is – be prepared! 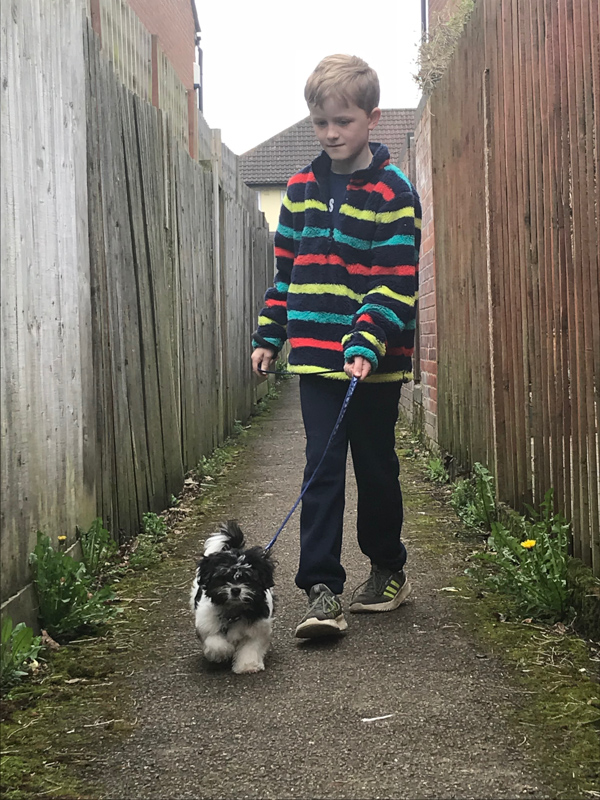 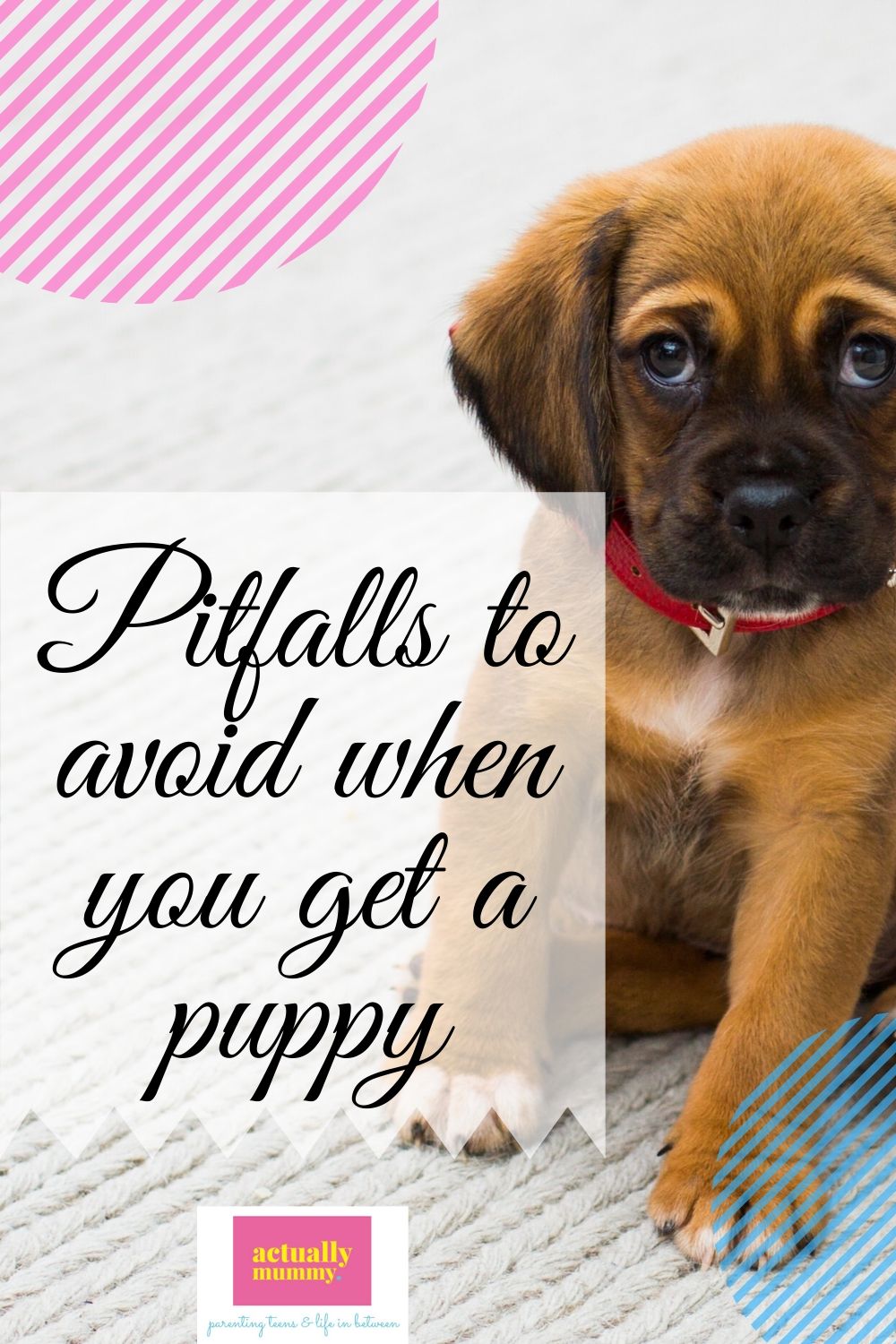 ← Christmas Gifts for Teenagers When does parenting get easier? →