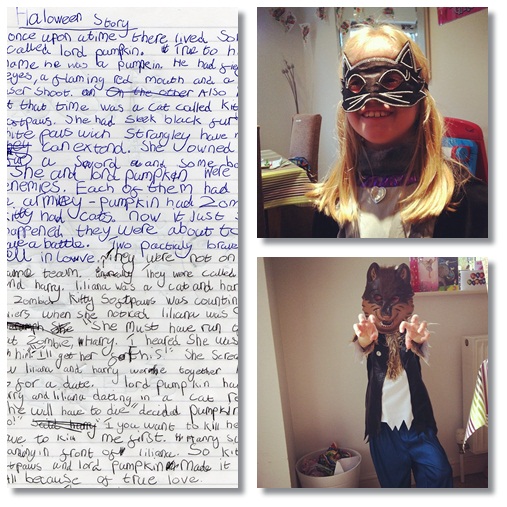 Once upon a time there lived somebody called Lord Pumpkin. True to his name he was a pumpkin. He had fiery red eyes, a flaming red mouth, and a gnarled laser shoot. Also living at that time was a cat called Kitty Softpaws. She had sleek black fur and white paws which strangely had no claws; the fur can extend. She owned only a sword and some boots. She and Lord Pumpkin were bitter enemies. Each of them had an army – Pumpkin had Werewolves; Kitty had cats.

Now it just so happened, they were about to have a battle. Two brave soldiers fell in love. They were not on the same team, unfortunately. They were called Liliana and Harry. Liliana was a cat, and Harry was a werewolf. Kitty Softpaws was counting her soldiers when she noticed Liliana was missing.

“She must have run off with that werewolf Harry. I heard she was in love with him,” she screamed.

Now Liliana and Harry were together, but not for a date. Lord Pumpkin had found Harry and Liliana dating in a cat restaurant.

“She will have to die,” decided Pumpkin.

“No! If you want to kill her you’ll have to kill me first!” Harry said, standing in front of Liliana.

So Kitty Softpaws and Lord Pumpkin made it up. All because of true love. 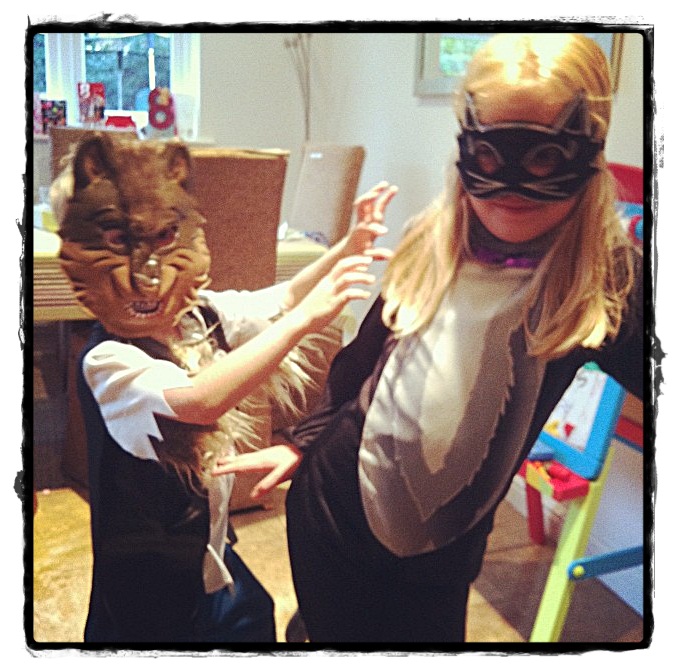 Disclosure: we were given the Werewolf and Cat costumes free of charge for the purposes of review by George at Asda. Editorial and opinions are our own. The beady-eyed will notice that the original script saw Liliana fall in love with a Zombie. Sadly the Zombie costume was sold out, but hey a Werewolf is just as awful!

Wot So Funee? How my children see me…