Wot so Funee? How to get more pudding. 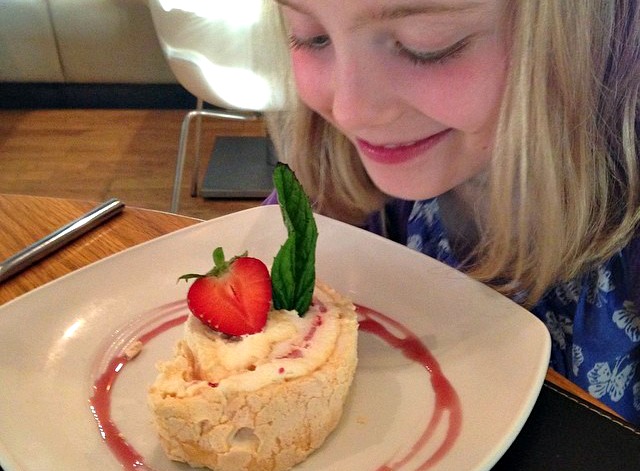 In honour of the Bug’s birthday this week, we’re going to share one of his recent classics. Both of us are good eaters, but we’re never made to clear our plates. That’s one thing Mummy has always been adamant about – a habit of clearing your plate stops you listening to your body’s signals, and often means you overeat. Apparently. So despite the school’s tendency to administer stickers for empty plates, Mum’s not having any of it. That said, we’re not allowed to avoid the things we don’t like, and there’s a cut-off point before which we’re not allowed to stop. We’re quite regular testers of this, and I think I’ve sussed the key quantity on the plate, likely to result in a positive response to the question: “Is that enough..?”

Anyway, we’d had an unusually disagreeable meal – you know, the kind where your parents make you eat grown-up food so your Mum doesn’t have to cook 2 separate meals *raises eyebrow* – and had both managed to convince Mummy that we really were groaningly full. We’d elicited the green light to leave the table, but the Bug was still sitting in his seat.

You can go now, you’re done,” said Mummy. I’m waiting for my pudding!” retorted my brother. “But you said you were full,” came the entirely reasonable reply.

Oh no!” says he. “My tuna space is full, and my salad space is full. My potato space is full too, but there’s a gap, just here, right where my pudding space is!”

So there you have it kids. How to avoid the stuff you don’t like eating, and get more of what you do.

Join in if you have a funee post, and add your link below. Then have a read of the other posts linked up. Add the badge and we’ll share your giggles on twitter, and if you have an image, on Pinterest.