Expressions #11: Too much too young? 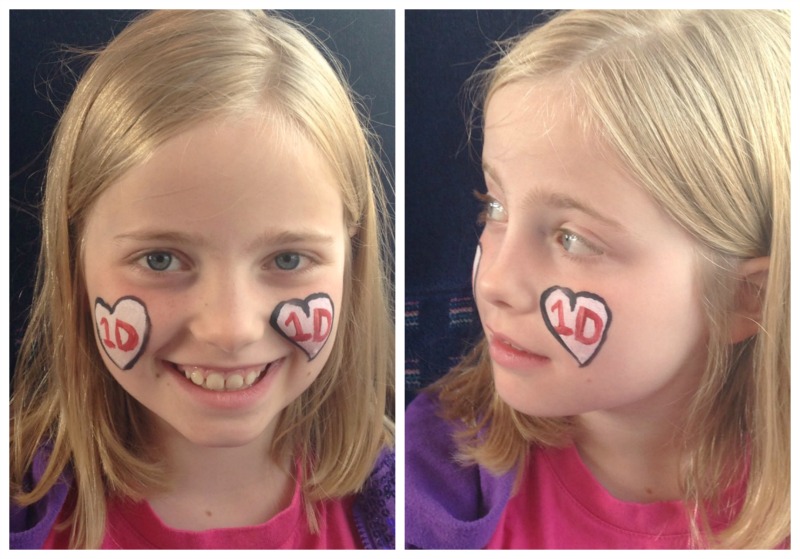 My children are lucky. Whilst we’re not well-off, we are able to afford occasional extravagances. My children are also blessed with an over-excited Dad, who spent one morning back in October refreshing his screen, determined to secure tickets for One Direction at Wembley stadium. The date rolled around last Sunday, and together with 79,996 girls and their Mums we made our way to Wembley stadium.

I was never allowed to go to gigs and concerts when I was young. The Manchester Apollo was a hive of criminal activity and any young girl going within a 5 mile radius was guaranteed to suffer a terrible fate at the hands of someone indescribable. If you believed what my Dad believed. So I stayed at home, envious, while my 16 year old friends went to see Prefab Sprout, Aztec Camera, and Duran Duran. My first gig was at Wembley stadium, and I was 24. Rod Stewart. Since then I’ve done the O2, Wembley Arena, Brixton Academy, and the V festivals. It’s the norm for teenagers to go to music festivals now, and if I’m ever going to get over my panic when mine head off to Glastonbury, I figure I need to break myself in gradually. So accompanying them to their first gig seemed like a good first step.

And she was so happy. Excited for weeks, the thrill built during the concert, until she was standing on her seat singing every word. Probably things have changed since 1983. Concerts are well-marshalled, unseated areas are limited, with plenty of space to move around, and actually, a big venue is probably safer than a smaller, local gig. There are those who will say that the hordes of 10 year olds (and younger) shouldn’t be at events like this, that it’s too soon, dangerous, something to be reserved until adulthood. The queues of Dads waiting for their daughters outside at 10.30pm would say otherwise.

The comments on this Instagram post made me wonder, as people declared we were making her a memory she’d never forget. What do you think? Would you take your young children to a big music event? And how old would they have to be before you’d let them go it alone?