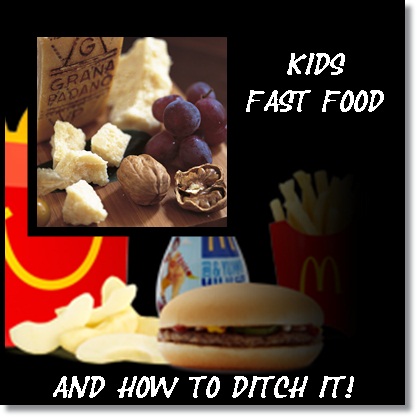 Yeah, us too, and though Mummy tries to make us cut out fast food, we do love the odd Happy Meal. As a family who eats out whenever we can afford it, we were shocked to discover that more than half of meals eaten out in Britain are at fast food restaurants . When we eat 0ut it is at Wagamama, where the Bug’s favourite dish is Chilli Squid, or at Sophie’s Steakhouse, where we will choose steak, cooked medium. And although I would always prefer plain pasta with cheese, I will acquiesce to try virtually any foodstuff offered to me at least once. Equally, although I would love to be in the 60 per cent of kids who regularly eat crisps as their after-school snack , I am more likely to be offered a banana or a cereal bar, and I don’t complain. 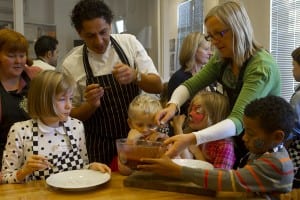 Anyway, we were recently invited to cook with renowned Italian chef Francesco Mazzei (founder of London restaurant L’Anima). Francesco has teamed up with Slow Food Kids to try and help families realise the benefits of cooking and eating together. The Italian approach to food is not so fast, much more of an event, and all about socialising whilst preparing the family meal together.

Francesco, who has two children, aged two and five, explains: “I want to help children develop the same love for good food that I have, and have had my whole life. It’s very important for kids to experiment with new foods and get involved with the preparation process from the beginning so that they become excited and interested in the foods they eat. That is a huge part of Italian culture and something I am passionate about promoting in the UK.”

Now, I kind of like that idea, being something of a kitchen fanatic myself. My recipe for Beefburgers with caramelised onions is sought after by Mummy (although that may simply be due to the desire to put her feet up and pour some rioja), and even the Bug will eat them if I substitute his onions for cheddar cheese. 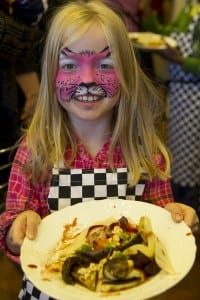 So, first dish of the service order was Oven Roasted Vegetables with fresh Hazelnuts. The Bug and I were very excited to put beetroot and fennel into an elaborate design of our choice, alongside some other stuff we wouldn’t touch with a barge pole. It looked very cool, and we carefully placed it to one side, to be savoured later by our parents. We were later stunned to be asked to eat it ourselves. We objected, but ate a little of everything, declaring the cheese and nuts very nice, and the beetroot gross. But hey, apparently it will take us 12 goes before we accept it, and if all else fails we will eat beetroot when it is disguised as Red Velvet Chocolate Cake 😈 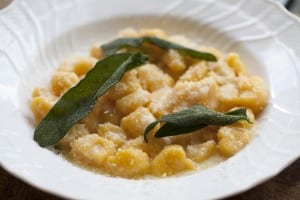 Next up was Aged Grana Padano and pumpkin gnocchi with sage. We love gnocchi, so we were very happy to consider consuming this one we’d mixed the dough by hand. Who knew it was that easy to make gnocchi? It took us 5 minutes of kneading, then the little orange balls cooked quickly and were ready to munch. Once I realised I was adding pumpkin to the mix, I refused to eat it, but having made it myself it was only right to try one. Just one. I demolished the rest of my plate in 2 minutes flat…

There was even a pudding featuring a Grana Padano crisp – now that I really liked, especially as it was hand-crafted by my little brother: 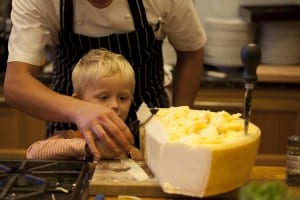 As you may have read, I hate drinking milk, but I do love cheese so I was thrilled to have an excuse to eat more of it; 50 grams of Grana Padano cheese contains just 190kcal calories and all the goodness of a pint and a half of milk, including 60% of an adult’s daily requirement of calcium. It was really cool to see a real, authentic cheese wheel, and understand all the different things that can be made with it. 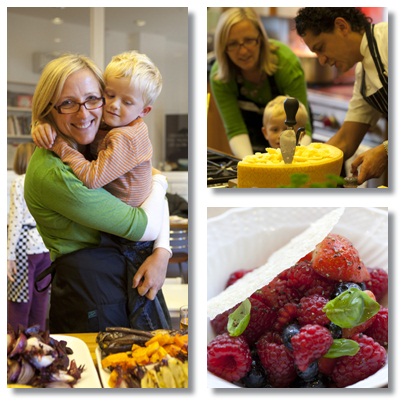 Slow Food Kids is a non-profit institution which aims to engage children with food, encouraging them to use all five senses and to make the most of their natural curiosity to develop an appreciation of food and where it comes from at a young age. In partnership with Grana Padano Cheese, they will be bringing the Slow Food Kids’ Taste Adventure to festivals and community events throughout the country in an effort to educate kids and families.

Parmesan and pumpkin gnocchi with sage