Fancy one of those goosebump moments? You know, those posts you read that make your eyes leak, in a good way; or the films you watch that make you feel full of hope, excited for your children’s future. This is one of those. Watch this short video, then read on to find out why I’m sharing it:

My daughter doesn’t play football. She used to, in primary school, when it was the only girls’ club that was really cool. And it was so cool. Those girls got together in all kinds of weather. I’ve seen them leave the field with blue knees, scratched red with cold-induced responses to the smack of the ball. I’ve squinted to catch a glimpse of them through clinging wet fog, when they could barely even see the ball. And the one thing common to all of their practices? They left that field grinning with the buzz of the game, laughing at in-jokes, loving being part of the team. 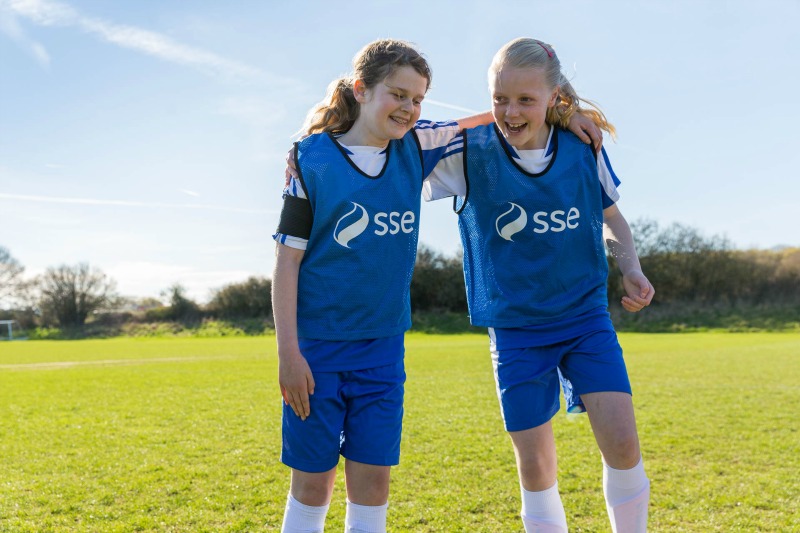 Despite parting ways with football, my daughter has taken with her all that she learned from being part of that team. Things like taking opportunities when she sees them, having the confidence to stand up for herself – and others – in a group, and knowing the value of having good people around her. She joined a new club this weekend (a local drama group – acting, it seems, is much more her thing than sport!), and within minutes she was standing on the shoulders of a stranger, quite at ease putting herself out there in front of people she didn’t know.

That’s the confidence that has come from trying new things, being part of a team, branching out into different friendship groups, and working with those she might not necessarily have spent time with otherwise. It’s also the ethos behind SSE’s drive to be The Energy Behind Women’s Football: they believe that everyone deserves the same opportunities, regardless of gender. I’ve written about SSE’s commitment to women’s football before, and especially about their support of young girls just entering the game. They’ve supported over 1000 girls to become part of a team, and now their Kids Go Free ticket offer means that even more families will be able to attend the SSE Women’s FA Cup final at Wembley. 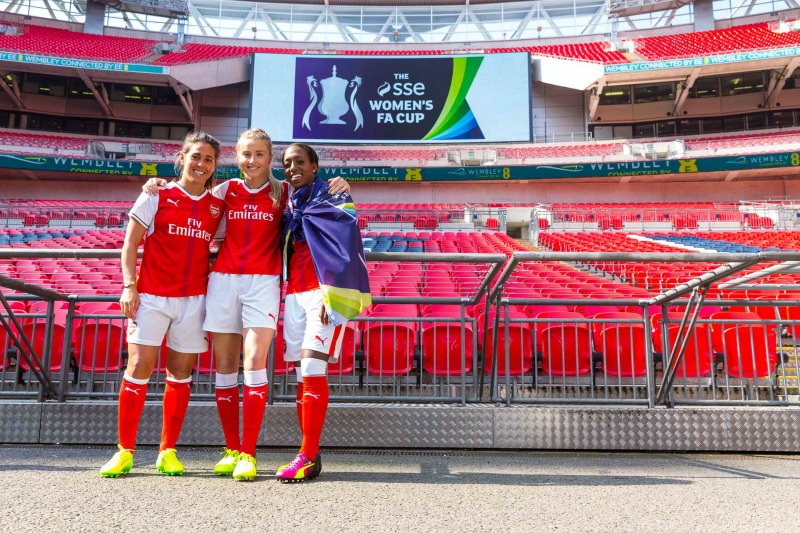 What I love most about the film is the story it tells of three different women’s football matches, all at Wembley stadium, all at different levels of the game. It’s inspiring to feel that whether you’re at the top your game, playing competitively, or just stepping into brand new boots for the very first time, you’re part of something bigger than you, where the possibilities are endless. Women’s football has been around for a long time, but it’s only now that it’s becoming aspirational, something that all girls can get involved with if they want, whether it’s in a local club, a school team, or professionally. It’s about giving girls the confidence to know that whatever their dream is, they should be able to achieve it. I love that message, whatever our girls choose to do with their time and their lives.

The recent launch of SSE Wildcats Girls’ Football Clubs will provide girls aged 5-11 with regular opportunities to play football and take part in organised sessions in a fun and engaging environment created exclusively for girls. SSE continue to show their commitment to increasing participation in the women’s game through this new initiative. The clubs will run from spring through summer on a weekly basis and aim to provide a fun and safe space for girls to learn the game and make friends.

SSE is one of the UK’s leading energy companies, supplying energy to around 8.21 million customers throughout Great Britain and Ireland. Their sponsorship of the SSE Women’s FA Cup is part of their commitment to creating opportunities and making a difference at all levels of the game. Find out more here.

*This post is in association with the SSE Women’s FA Cup.

#TeenTalk: How to Talk Puberty with your Child