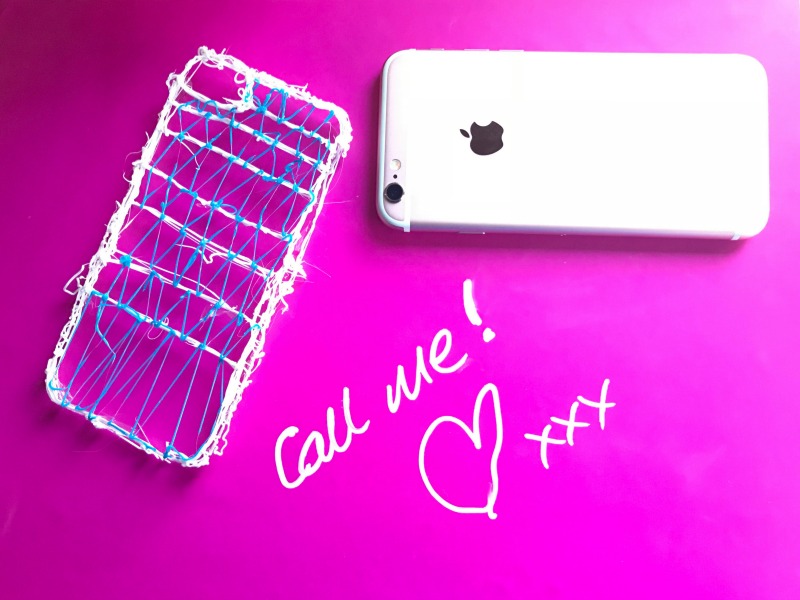 When I first read about the 3D printer, it blew my mind. A printer that makes actual solid objects – how is that even possible? And yet, for today’s children it’s not only a reality, it’s commonplace – my daughter’s school owns a 3D printer, and the kids get to use it in DT lessons. Mind. Blown. Now though, 3D technology is available at a sensible price to bring home for kids to experiment with, in the form of the 3D pen. I spotted the CoLiDo 3D pen in a review on After the Playground, and I instantly knew my creative girl would love it! 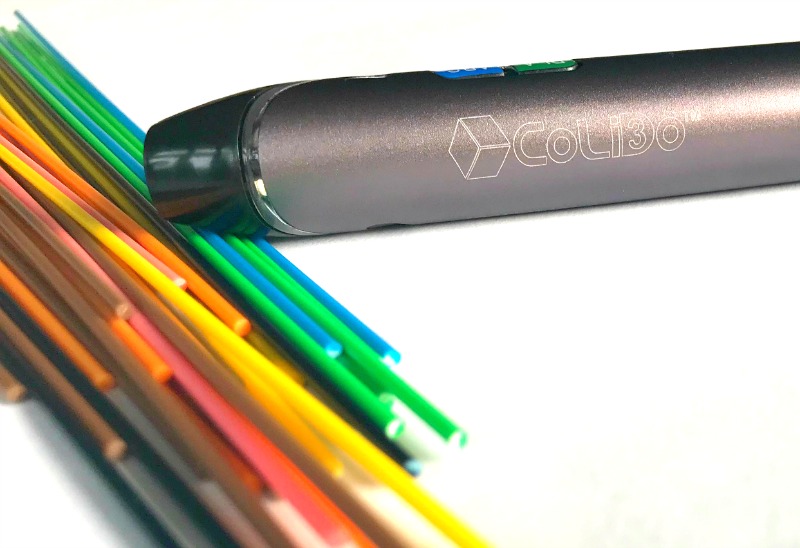 Maddie has a creative gene I’ve never managed to conjure in myself. She’s the kind of girl who tinkers with things for the sake of it, just to see what she’s able to make; she has a talent for glitter, ribbons, and Hama beads that has converted more recently into impressive skill with eyeshadow and lip gloss – the early years practice with glitter is still coming in handy there! She loves DT at school, and she’s desperate for the textiles module to start, so she can learn to sew and design wearable creations. So I knew the 3D pen would immediately spark her imagination.

How the CoLiDo pen works

I’ll confess that I didn’t actually use the pen myself. Maddie was far too interested in what it could do to hand it over to me! But basically, if you’ve ever owned a glue gun, you’ll have an idea of how the pen works. Simply plug the pen into the mains, wait for it to warm up, then insert a colour stick and start ‘drawing.’ The pen comes with some basic templates for you to practice with, then suggests something a little more ambitious, with a template of the Eiffel Tower. I thought the Paris landmark might be a little too ambitious, but no, she managed it quite easily once she had the hang of the pen. 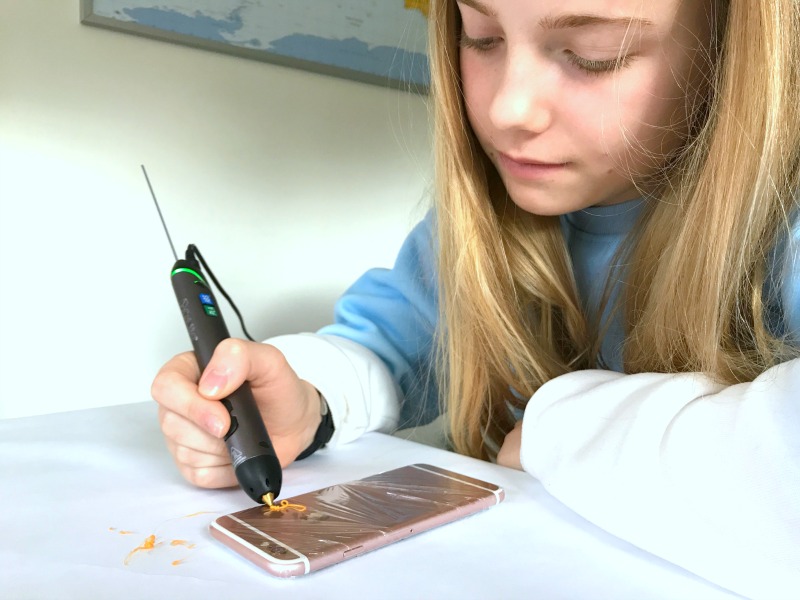 What to make with a 3D pen

Always one to create something useful, she decided her next project would be a case for her beloved iPhone. Covering the phone with cling film for protection, she drew lacy designs over it, finally coming up with the design at the top of this post. Practically, it might not be robust enough to serve as a day-to-day case, but it does clip on well, and it looks good on. I can see the pen being used more for the sake of art and decoration than to create everyday items (have a look at the shoe in Sharon’s review above). I think the next project might involve a hand-made birthday card, and I’m betting the pen will make its way into a homework project very soon!

If you have a look at the video clip above, you’ll see that the CoLiDo 3D pen writes very much like a normal pen – albeit more slowly, so there’s lots of scope for 3D writing on cards and artwork, making charms and jewellery, or creating small models. In fact, we could have used it just recently for a representation of a book the Bug had to review for his homework, although I’d recommend a lot of supervision if your child is under 13, given the heated element of the pen. 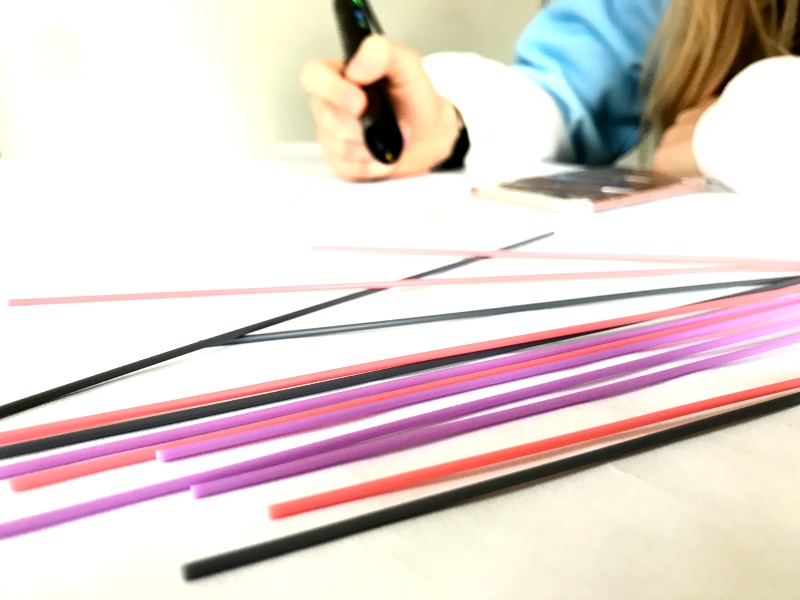 Pros and cons of the CoLiDo 3D pen

I actually can’t think of much to say against the CoLiDo pen, although I’d say it’s best for teenagers due to the heat of the coloured filament, and the need for patience and attention to detail when using it. If your teen is inventive, and enjoys perfecting his or her artwork, I’d say this is the perfect gift, with limitless opportunities to explore imaginative creations. At £89.99 it’s not a stocking filler, but it would be a seriously good addition to the creative teen’s Christmas wish list.

Disclosure: we were given the Colido 3D pen for the purpose of review. All opinions are our own. It’s currently the bargain price of £49.99 at Find me a Gift (usual price £89.99, so now would be a good time to buy it if you want one). 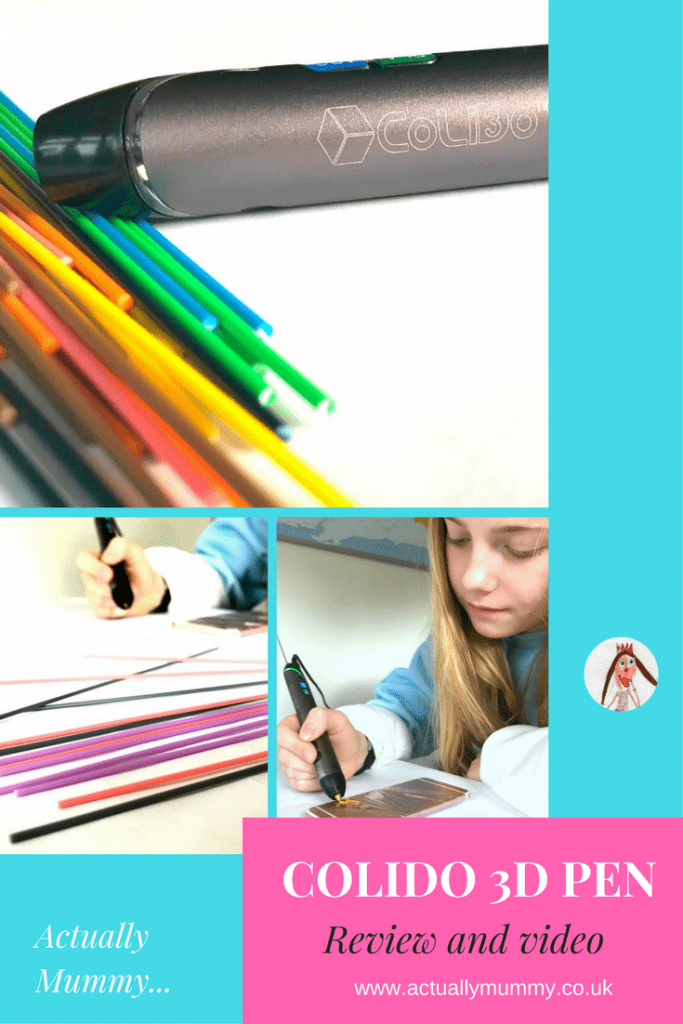 16 thoughts on “Review: The CoLiDo 3D Pen – a Perfect Gift for Creative Teens”