We seem to get a lot of stuff delivered by the postman. He staggers up our drive most days bearing cardboard packages and padded envelopes. Whether it’s a new Boden swimsuit, the ultimate in night-lights, or a simple pack of pva glue, he must dread the postcode alert that signals a visit to our house! 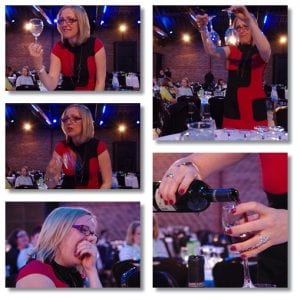 Usually the parcel-delivery is down to one of two key factors:

1. An evening on Twitter, during which Mummy has succumbed to a tweet from Nickie, propelling her towards the very lovely but side-bar dangerous Zalando, where she is unable to resist another cool frock, or some more incredible must-have boots.

2. A lazy afternoon, during which Mummy failed to get out to the local chemist, resulting in a couple of days without our prescription Oilatum, and no new shoe-insole-for-collapsed-arches for her boots. Oh well, there’s always Amazon…

If it’s not our lovely postman (who has seen Mummy in more states of undress and disarray than she cares to consider), it’s Parcelforce tipping up on our doorstep with the larger parcels. But rather than groceries, organic veg, or craft supplies, this week the Bug and I were waiting for a very special delivery:

We have fought over Daddy’s iPad for as long as it has lived in our home, timing each other meticulously over the coveted gadget to ensure absolute fairness and equality. Anyone who uses another person’s Sim and loses their job or their girlfriend will hear about it for hours on end. But not any more.

This week Mummy got an iPad. Her credit card provider stopped issuing Airmiles for spending a couple of years ago, and she never got round to checking what the replacement was. But recently NatWest Your Points have been emailing her to ask if she would kindly spend some of her benefit, before it  blows the bank (or something like that). So she had a look, and she had enough for an iPad. A new 64gb WiFi iPad with retina display and camera. Free…

We drooled over it respectfully while Mummy tried to set it up. Daddy came home and couldn’t resist snatching it up for a play.