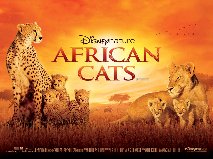 The lovely Disney, the creators of all my favourite Princesses, the fulfiller of my dreams as  I screamed Cinderelly’s name at Disneyland Paris, has made a nature documentary. African Cats: you know, stunning animals that you get to know and love, who then rip out your heart as they disembowel a weaker prey, or fall victim to their own predators? 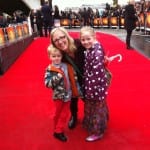 We were invited to the premiere of African Cats last week, and I’ll be honest: the prospect of seeing the Duke and Duchess of Cambridge was more of a draw than the film itself; I was a little worried about the Bug’s capacity for a film that doesn’t include an alien or a comic space voyager. As we hit the red carpet and the flashbulbs popped (for a rather ropey-looking woman named Deborah Meaden, not for me) I thrilled at the celebrity and the possibility of a late night in the British capital.

We were rushed inside and I tried not to smirk as Mummy was strip-searched by a burly security man (ok , she was made to remove her coat and queried over metallic items concealed in her clothing). Then we waited. And waited. Then, an announcement! Kate and William had arrived! So we waited a bit more while they were introduced to “dignitaries” outside.

Mummy was just fishing in her bag for lollipops to drip-feed our attention span when someone poked me and gasped, “there she is!” And sure enough, in the doorway, not 3 metres from where I squirmed, was Kate Middleton. Oh, and Prince William. They were made to wait whilst the tannoy man requested us to be upstanding, and then in they came. Sat down in the cinema, just like that, in the middle of us all, to watch the film. I bet they even had popcorn! 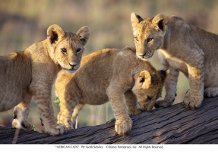 So the film. Baby cheetahs, sooooo cute! Mum cheetah trying to make it alone, chasing off lions, hyenas, and some of her own race to defend her babies. I fell in love. Then, disaster: an attack in the night, 2 cubs gone 😥 Pride of lions, one male, on the decline and ready to concede defeat to a much stronger bloke, with 4 bully-boy sons. Crocodiles, kicking zebras that can wound a big cat, cubs play-hunting, attempting to get the lid off a tortoise….

It was everything Mummy had feared; endearing, and cruel, engaging and real. She remembers watching african cat documentaries as a child, sickened by the gruesome and bloody guts of the kill. But Disney managed to stop just short of that, pointing out the facts of natures struggles, without revelling in it’s more visceral reality. I coped, and I liked it. And there is one about monkeys coming soon. I will be asking to go.

After the screening we listened to a speech by Prince William – he is a champion of african cats and preserving Africa’s natural habitat –  and heard about the filming and editing from the film’s photography and production stars. They really got to know their subjects, which must be why the camera conveys the personalities of these big cats in such an engaging fashion.

Mummy was enthralled by this session, but I was contemplating an early getaway, claiming toilet requirements. However I was made to wait. Just as well I did, because as Kate passed our aisle on her way out she beamed a lovely smile at us. William complimented Teens’nTwincesses on their “very pretty dresses,” and Mummy managed to get an awful shot of the royal couple. Awful, but touted round my school in triplicate the next morning, nontheless! 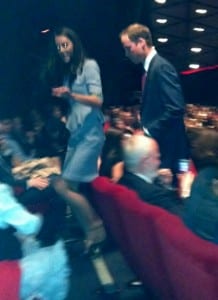 Disney Nature African Cats is in cinemas now. You can watch a trailer on YouTube to get a feel for how your children might respond to the film.

We were invited as guests to the premiere, but all views are our own.