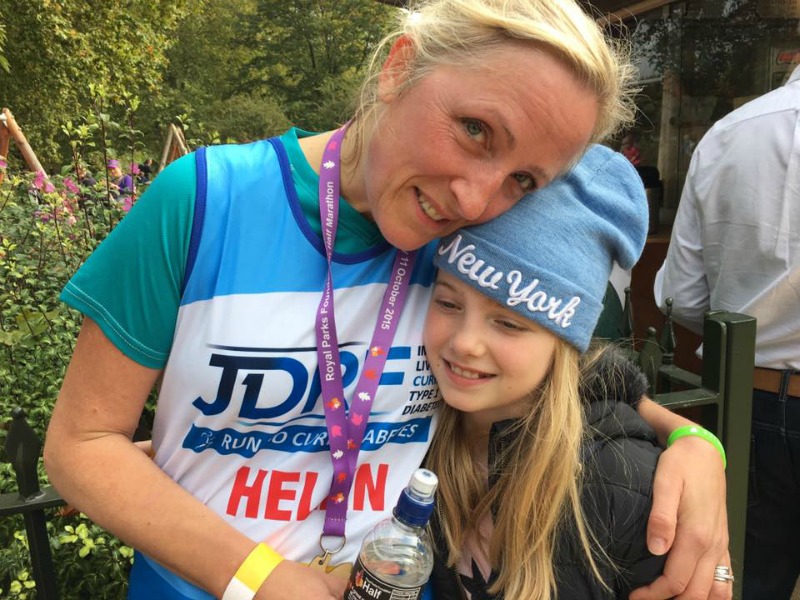 I’m just writing to let you know what I think of you. I haven’t ranted too much in the last year since you rudely set up camp in our lives, but the time has come. It might get sweary. Actually, strike that; this is going to get totally sweary, and I make no apologies, because it’s about time you were told.

Type 1 Diabetes, you are a nasty, vindictive little terrorist, with an impeccable and malicious sense of timing. I have gradually come to accept that you are a law unto yourself. It’s not about food, with you. I will allow you that. She eats what she wants, when she wants (since the installation of a large piece of plastic – containing a lethal amount of insulin, I might add – under her skin). Her maths has improved; her need to eat requires a complex maths exercise every single time. Every mouthful is counted. We don’t think about the possible implications of that during the teenage years, let me tell you. All that over-anxious parenting I used to suffer from is gone. Not much matters any more. Only you.

You’d think, therefore, given the attention you are paid, that you could occasionally play ball. But that’s not your style, is it? Especially when your poor self-esteem alerts you to the fact that someone is trying to get one over on you.

On Sunday, I ran The Royal Parks Half Marathon, to raise funds for JDRF, the charity determined to find a cure for your behaviour. I’m not a runner. I used to feel sick during cross-country in my school days. But to do my bit in the fight against Type 1, it’s the challenge I set myself – to run 13 miles. To be fair, it’s not all bad. It’s a beautiful run, through the iconic streets of central London, and some of the most gorgeous autumnal parks you’ll ever see. So I trained a bit, stayed in, and avoided wine the night before.

You knew though, didn’t you? You spotted the tell-tale signs of a fight, and you fought back. As I spent the evening drinking water and topping up on carbs, my daughter partied at Wembley with her friends, at a Girl Guides gig. Her Dad went with her to take care of you while she relaxed and had fun with her friends. Because you require full-time attention, and keeping you in your place is the least we can do while she’s growing up. But you had a plan. Over the course of the evening, after a day of needing to feed you sugar to keep her safe, you changed the goalpoasts. She gradually climbed, and came home sky-high – probably a result of adrenaline, she was just having too much fun and you wanted to put her back in her place.

Every two hours that night I got up to perform a blood test, to keep her safe. And I did it. She woke in a good place, and all was fine. But you sniggered away in the background, knowing what was to come, chuckling at how tired I was.

I began my race full of optimism. Yes, I was tired, but hey, what difference could that possibly make? As I jogged over the starting line and picked up the pace, I felt good. The sun was shining, I was raising money for a cure, I’d done this before.

At two and a half miles I got a stitch. I’m prone to them; they vary in significance, and I know how to deal with them. This was a bad one though. I once ran through a stitch like this and was in agony for two weeks. I began to panic as I u-turned on Whitehall, almost slowed to a walk; but I stretched as I ran, determined. The next 4 miles were good. I kept going, overtaking those who had passed me with their fast starts. I enjoyed the sights, knowing that the streets of London were the easy part. As I rounded Hyde Park Corner and felt the slight incline I wanted to walk, but I kept on, knowing the highlight was just around the corner.

At the six-mile point there is a lot of noise and fuss. It doesn’t matter if your people aren’t there, the buzz makes your skin tingle, and the surge of adrenaline carries you for the next mile. Mine were there, and I took a brief hug, before focusing again on the goal. No more Type 1. But you were there all the time, on my heels, trying to drag me down. At seven miles I knew things weren’t going well. I slowed to a walk, but allowed myself only thirty seconds before getting my head down again. I did this a few more times until I reached the ten mile point.

I got cramp. I’ve never suffered before, but after every hundred metres or so, my calf would give way, and I’d need to stop and stretch. My ribs started to ache, I felt like I had flu. I was quite simply exhausted, shattered from nights of multiple alarms and broken sleep. If you’ve run a half marathon in the first 6 months of owning a baby, you’ll have an idea of how I was feeling.

I slowed for long enough to be able to post to Facebook. Struggling at 10 miles 🙁 I put my phone away and ignored the notification alerts as I determined to finish what I had started. As I came to the last mile I honestly thought I was broken. I pictured those scenes in marathons, where two strong people help someone crippled with cramp to get over the finish line. Not me, I decided. I hate you, Type 1, for making me do this, but you will not beat me. You will not beat her. You will not beat any of us.

I ran the last half mile, legs cramped, tears streaming down my face. A lady jogged alongside me: “Are you crying because you’re nearly finished?” she sympathised. “Or because you’re running for someone?” A little of both, I replied, and thanked her. I’m running for you, my daughter, and for all those children whose childhoods have been stolen. I smashed my personal best. It wasn’t an amazing time, but it was my amazing time. Because, Type 1 diabetes, I will fight you with everything I have. I will fight you day and night until I see you crumble, until you no longer invade the lives of children and their families, trashing joy and simple pleasures in your wake.

I checked my phone as I hunted for my family over the finish line. The messages of support and pride overwhelmed me. Families with diabetes, parents who have followed our journey and learned something of what you do, friends who wish they could do more, all told me how strong I was, how they knew I could do it. They were right.

Type 1 diabetes, you are indiscriminate, spiteful, and relentless. But I am stronger than you, braver than you, and more tireless than you. We all are, and so are our children. One day, one day soon…

If you would like to donate to help cure Type 1 Diabetes, I am fundraising here: Helen vs Diabetes. Thank you so much.