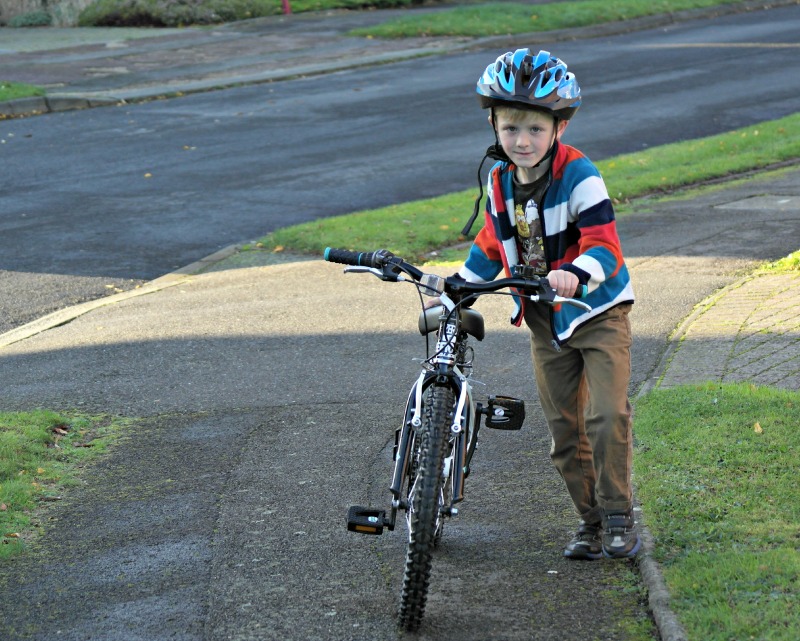 I looked at my son and my heart melted.

Well done you! the lady at the first checkpoint congratulated him. You just cycled 5 miles!

I cringed and prayed that he hadn’t heard – I’d been telling him for the last ten minutes that he was already eight miles into his twenty mile charity cycle ride. He’d heard.

I upped my motivational skills. My daughter called me a slavedriver and refused to be motivated. With every hill I cheered “Walk, don’t wander! Make it count!” At the ten mile point Actually Daddy suggested that we downgrade our aspirations and make do with a silver medal. I told him the kids would never forgive themselves if they didn’t complete what they had set out to do. I got the jelly babies out.

At seventeen miles my son was crying and snotty. I cleaned his face on my t-shirt and handed him some dried mango. It took a while, but the sugar fix gave him back his grit. “I wish I’d never seen this stupid bike! I’d like to just explode it into a million pieces!” It wasn’t cheerful, but at least it was energy.

Another hill almost did for us, but by now my daughter was determined. She’d consumed 123 grams of carbs to keep her blood sugar levels stable, and she was going to finish what she’d started. I began promising my family a giant pork bap if they made it to the end. As we rounded a corner we recognised a roundabout. “We’re nearly there!” I practically squealed with relief. I pictured us limping our bikes to the end point and collapsing into a cold drink.

My son was having none of it.

His seven-year old legs pumped faster than they had all morning. I couldn’t keep up with him. One more hill saw him hop off his saddle, but he marched that bike right up there. Then he saw the bunting and the crowds. I groaned as I realised I was going to have to haul my bruised and sorry backside onto my own bike once more – he was totally riding over the finishing line. 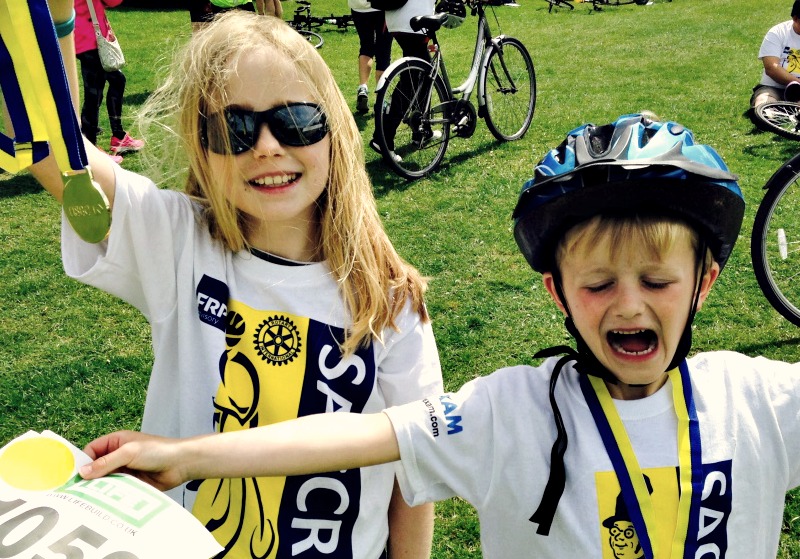 An Adventure with the Brave Bones Club

Sometimes pushing yourself harder is easier when you’re outdoors, on a group adventure, than it is at home. Sometimes you have no choice but to go on, when going back is more difficult. Sometimes you achieve more than you thought possible on that adventure, and gain the confidence in yourself to do even more next time.

Steve Backshall, wildlife expert and presenter of TV’s Deadly 60, has teamed up with the Brave Bones Club to inspire you to go on an adventure. Along with fun kids brands Cheestrings and Yollies, they have put together a competition where the prize is an adventure of your own with the ultimate adventurer. You’ll get to spend four incredible days exploring the outdoors with Steve and star in brand-new Brave Bones Club video series!

To enter visit either Fun Kids, or First News, and take a watch of the video below, where Steve explains more about what you’ll be doing in the big outdoors if you win:

Disclosure: post in association with the Brave Bones Club.