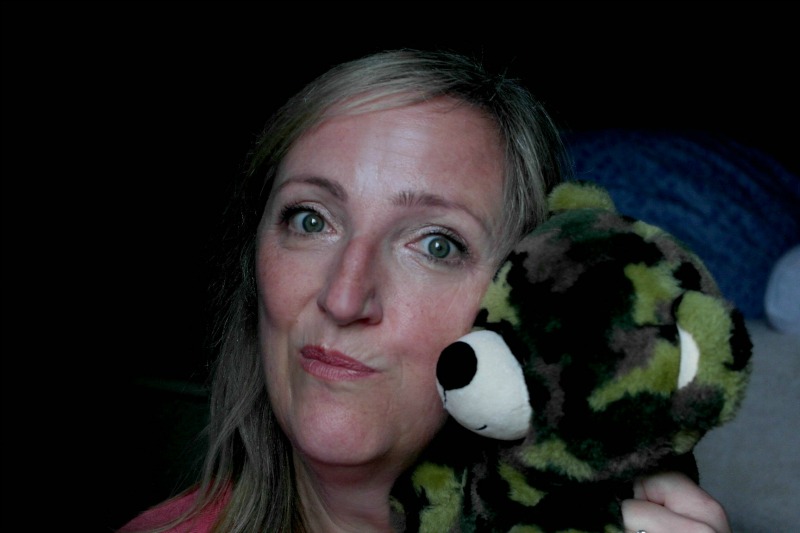 This was me this morning. Like all pictures, there’s a story to this one, and it starts with a 30 day photography challenge that I embarked on at the beginning of the month. I’ll tell you about that later though, because that’s not what you came here for. Basically, the reason I’m wearing this weird kind of ohmygodcanireallydothis? expression is because I’ve just realised what a big deal Louise Pentland is.

First things first, I’m not that badly under a shell that I didn’t know that Louise is the ultra-famous YouTuber behind Sprinkleofglitter. Unlike my husband who, when he saw me tweeting about her, wandered into the kitchen and said:

I nodded sagely, and suggested he repeat the statement to our daughter, and watch the eyerollometer go off the scale.

But I’m not really a YouTube watcher, iykwim. Sure, I’ll watch someone demonstrate how to crop the dustbin out of my perfect image on Photoshop. And if I had more time, I’d happily watch other people’s holiday videos. But I don’t really ‘follow’ vloggers.

So why am I nervous? Because tomorrow, at Britmums blogging conference #BML17, I’ll be chatting on stage to Louise, as well as the awesomely nuts Emma from Brummymummyof2 [edti: Brummymummyof2 who only went and won the video category at the BiBs Awards, and deservedly!) and the genius food blogger Ciara from My Fussy Eater, about The not-so-secret life of YouTube mums. Never one to wander into a presenting situation underprepared, I decided to fix my lack of YouTube experience, and so at 10pm last night, I poured myself a glass of wine and started watching all three of these lovely ladies.

Four hours later, knowing the school run was looming, I reluctantly went to bed, knowing full well that as soon as the kids were sorted I’d be back at my desk for more. Alarmingly, I think I might be a bit hooked on YouTube! 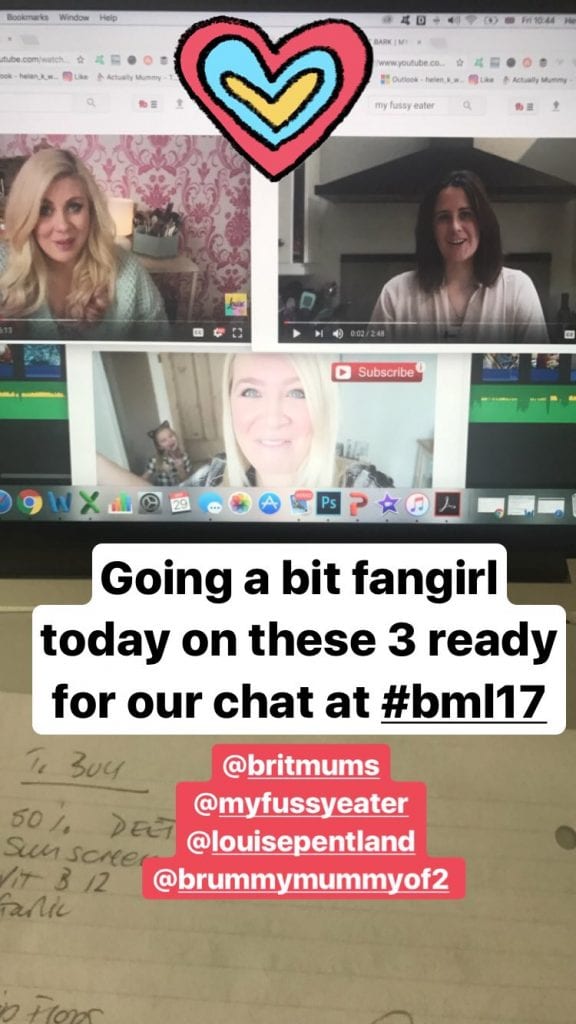 Which will suit my 13 year old perfectly, as I’m now in no position to criticise her for spending all her spare time on YouTube! In fact, when I told her my plans for tomorrow, a strange expression passed briefly over her face. I think it was actual admiration. I blinked, and it was gone, mostly because I asked her why Louise had two channels, Sprinkleofchatter being the other – which I also watched.

“That’s her her vlog channel.” she affirmed instantly, as if that explained everything.

“But they’re both vlogs, aren’t they?” I naïvely questioned. Needless to say, I’m now in possession of the facts I need. Louise has 2.6 million subscribers on her MAIN channel, and the other is her VLOG channel. I *think* I understand.

Which brings me back to the nerves. Today’s photo challenge was a self portrait. The wonderful Steph, who taught me to take half decent images, told us to give a teddy a reassuring hug if we were nervous about the photo. I might bring him with me tomorrow, just in case I forget what a vlog is…

You can see Steph’s tips on how to take a self portrait here.

14 thoughts on “How I became a YouTube Fan Girl overnight”