How to Break Up with Elf on the Shelf 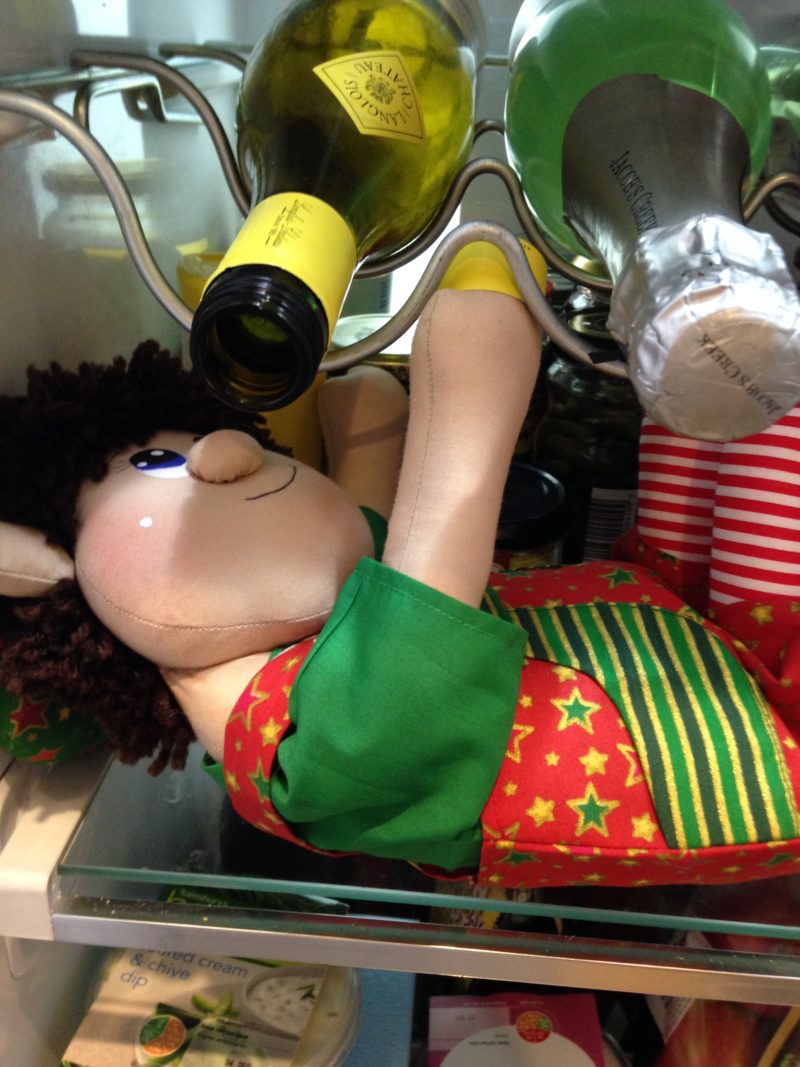 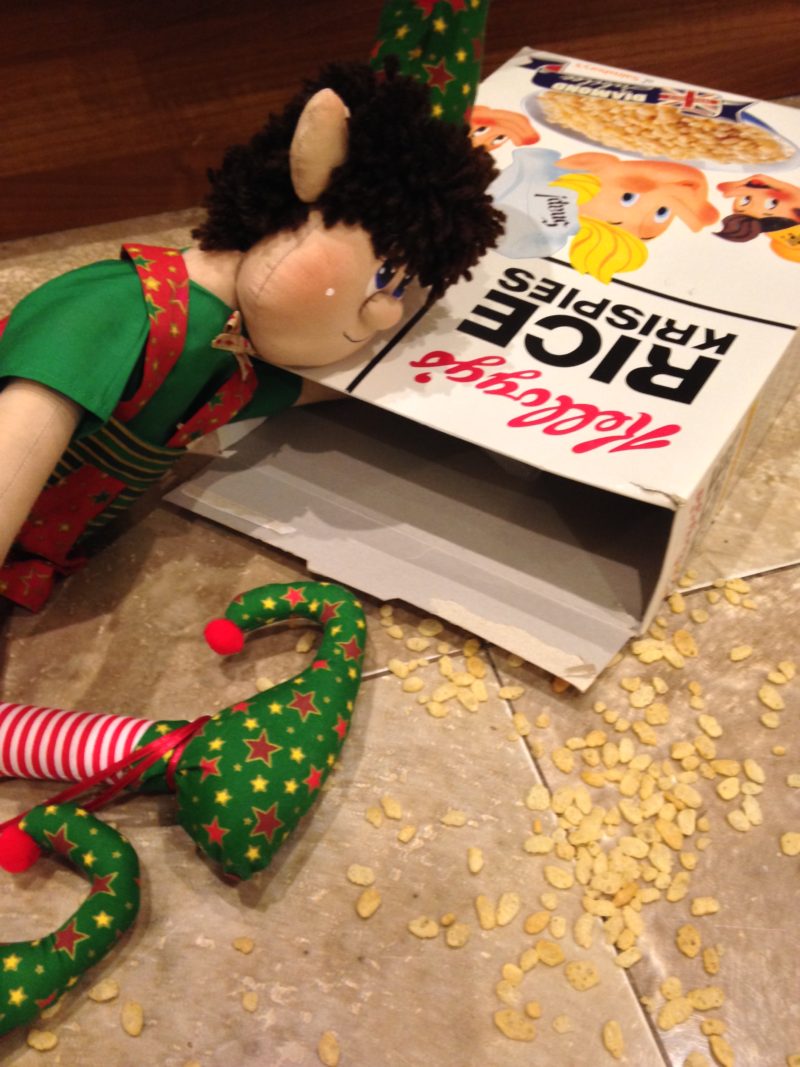 Now I do know that I’m dicing with danger with this post title. I’m conscious that all over the country there are parents seething in resentment over the Christmas Elf on the Shelf, and the need to pander to his ego every night for 24 days every December. Usually at midnight. Or in the early hours, when you’ve woken up in a cold sweat thinking “Crap! Did I remember to do the elf?“

I get it. I too was sold on the cuteness of over-exciting my children every morning in the run up to Christmas. I even quite liked the ritual of coming up with ever more creative Elf on the Shelf ideas – my husband eventually made it a competitive sport, outdoing me so quickly that I promptly gave up and handed the whole month over to him. This, in itself, was a mistake, as my cleaning up tasks became more tasking every morning. If you’ve ever tried to chip a soggy elf in a Frozen Barbie dress out of a block of ice – and dry it in time for the next escapade – you’ll empathise.

Eventually my kids grew up enough to cope without the elf, although not before they’d completely stopped believing in him. A quick google shows that most parents have wondered at some point how to quit Elf on the Shelf, with queries like “What age to stop Elf on the Shelf?” and my personal favourite “How to get rid of elves.” Here’s what I did:

How to break up with Elf on the Shelf

Once I’d completely run out of ideas for Elf on the Shelf for older kids, and the 5th version of the flour angel raised little more than a snigger, I decided it was time to part ways. So on Christmas Eve, when my youngest was 10, Elfie – from his place in an empty cereal packet – held a graduation letter. In it, he’d written how proud he was of my kids for growing up so well, and how he now had to leave. “You see,” he told them, “There are other children who need help remembering to be good at Christmas, and not enough elves to fill the rota. So I have to go back home to Father Christmas, and be allocated another lucky family,” The kids took it well, and I took something off my list of seasonal pressures. 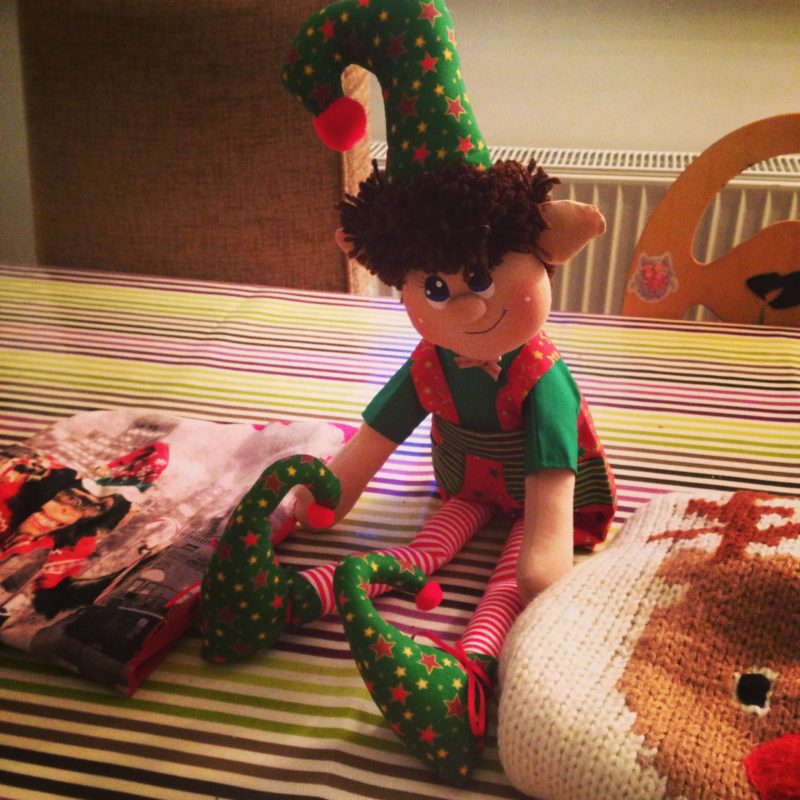 There are lots more ways to break up with your elf, from the brutal (one mother I know staged an elf murder scene!), to the tear-jerking. Here are a few ideas for Elf on the Shelf’s last day in your home:

If this sounds appealing, and you’re running out of easy elf on the shelf ideas, here are a few we used before he left us: 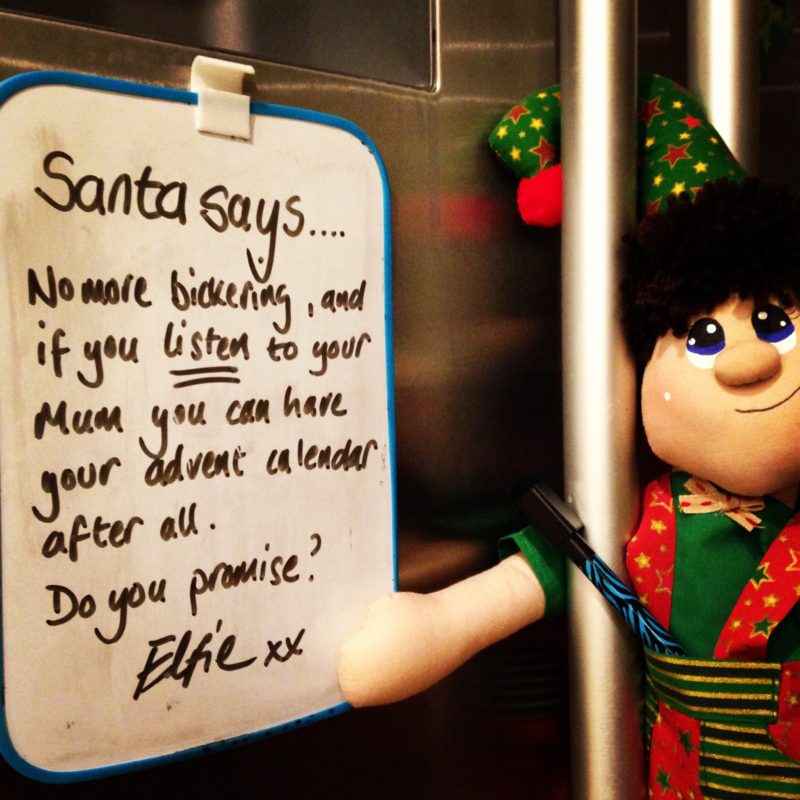 Easy Elf on the Shelf ideas

Something else I learned from my research for this post – it’s not just kids who love the elf. At least 70 people per month google ideas for Elf on the Shelf for adults at work – my mind is in overdrive already. But what this tells me is that some of you love the elf more than you want to let on! Which side are you on? Will your elf retire gracefully, or be the victim of a homicide?