A Chocolate Orange for Christmas… 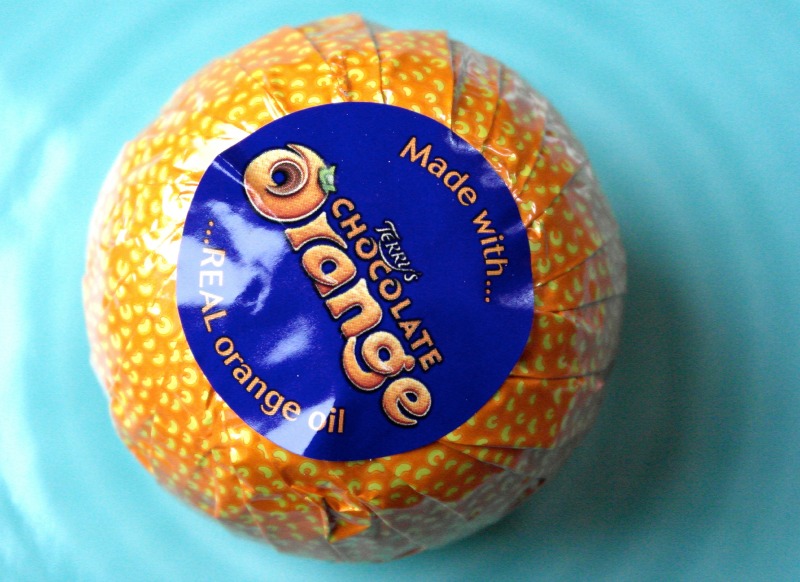 A Chocolate Orange was my best gift this year, and here’s the story of why…

A Chocolate Orange for Christmas.

As far back as my memory allows (which, depending on the day, could be 41 years, or somewhere around 10 minutes), there was a Chocolate Orange in my stocking on Christmas day. Milk chocolate, because that was my favourite; I couldn’t stand dark – or plain, as it was called in the Seventies. I remember how my ‘tap to unwrap’ wasn’t enough at first, so I must have been small. Either that or I just got more desperate for the chocolate as I got older. And my favourite part was never the segments, but what I liked to think of as the core – that sometimes flaky, sometimes crunchy middle part that I would never give in to until the rest of the orange was finished.

When Father Christmas graduated me to the status of adult and ceased his visits I still got a Chocolate Orange, though it began to appear under the tree, with my Dad’s scrawl on the wrapping paper.* When I left home, and returned with a boyfriend, or husband at Christmas, we’d both get one, though I rarely ate mine, because Dad could never remember which chocolate I preferred, and he couldn’t resist the variety.

Christmas 5 years ago was the first time I didn’t get a Chocolate Orange. My Dad was gone, and I haven’t had one since. So when my children told me, standing in line at our local supermarket in the run-up to Christmas, that they’d never had a Chocolate Orange, and always wanted one, I made a point of letting Father Christmas know. He came up trumps, and the children were delighted with their first ever Chocolate Orange for Christmas.

So a Chocolate Orange will always be my best Christmas present. It made me smile that their childhood now has a link with my own, and it made me remember my Dad on Christmas morning. Although heaven only knows what he’d make of the Popping Candy version!

*Do all men write on the wrapping paper, refusing to use a gift tag? Actually Daddy even goes so far as to wrap his gifts 10 minutes before they’re due, and try to remember which is for whom by shape and shake alone!

What was your best Christmas present?